Lord Justice Lewis and Mr Justice Swift gave their decisions in a short hearing on Monday. 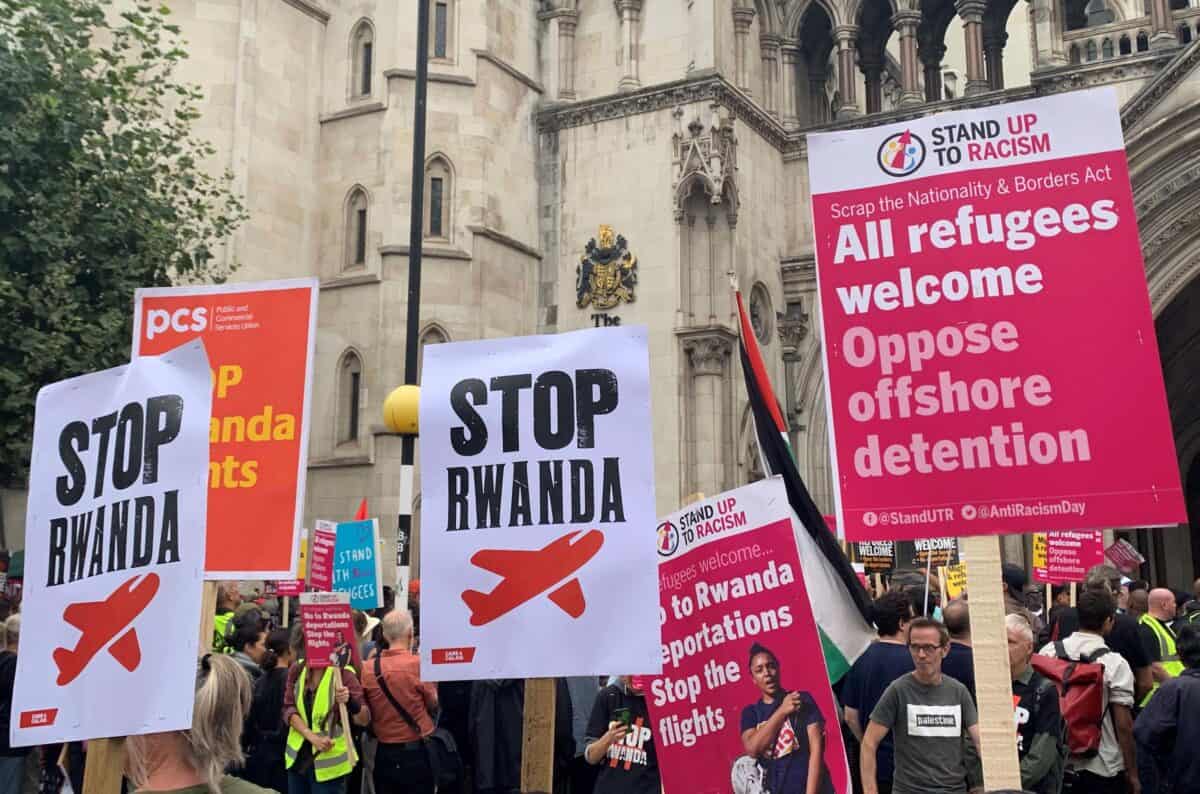 The High Court has ruled that government plans to deport asylum seekers to Rwanda are lawful.

Challenges were brought against the policy announced by then-home secretary Priti Patel in April, which she described as a “world-first agreement” with the east African nation in a bid to deter migrants from crossing the Channel.

The first deportation flight – due to take off on June 14 – was grounded amid a series of challenges against individual removals and the policy as a whole.

However, at the High Court in London on Monday, senior judges rejected arguments that the plans to provide one-way tickets to the east African nation were unlawful.

Lord Justice Lewis, sitting with Mr Justice Swift, dismissed the challenges against the policy as a whole, but ruled in favour of eight asylum seekers, finding the government had acted wrongly in their individual cases.

At a five-day hearing in September, lawyers for several asylum seekers – along with the Public and Commercial Services union (PCS) and charities Care4Calais and Detention Action – argued the plans are unlawful and that Rwanda “tortures and murders those it considers to be its opponents”.

UNHCR – the UN Refugee Agency – intervened in the case, telling the court that Rwanda “lacks irreducible minimum components of an accessible, reliable, fair and efficient asylum system” and that the policy would lead to a serious risk of breaches of the Refugee Convention.

At a further hearing in October, lawyers for the charity Asylum Aid also challenged the policy, arguing that the procedure is “seriously unfair” and also unlawful, with asylum seekers put at risk of being removed without access to legal advice.

The Home Office defended the claims, with lawyers arguing the memorandum of understanding agreed between the UK and Rwanda provides assurances that ensure everyone sent there will have a “safe and effective” refugee status determination procedure.

People deported to Rwanda will be provided with “adequate accommodation”, food, free medical assistance, education, language and professional development training and “integration programmes”, judges were told, as part of plans that have cost at least £120 million.