The former heavyweight boxing champion didn't mince his words in response to questions about the Russian invasion. 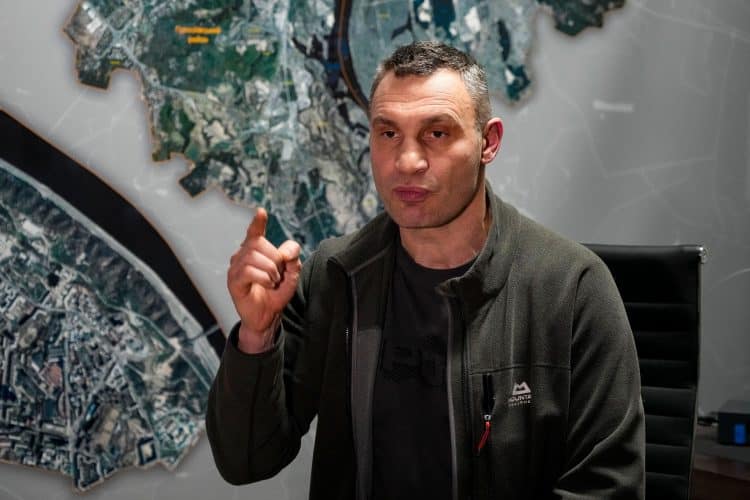 The mayor of Kyiv had some choice words about Vladimir Putin’s claims that he is only targetting military targets.

Vitali Klitschko was speaking to reporters after the capital was blasted by Russian forces as they tried to crush a Ukrainian defence that has frustrated their progress nearly three weeks after invading.

Russia rained shells on areas around Kyiv and within the city, where a 12-storey apartment building erupted in flames after being hit by shrapnel.

President Zelensky said Russian forces have been unable to move deeper into Ukrainian territory but have continued their heavy shelling of cities. British and US intelligence assessments supported his view of the fighting.

Klitschko was joined by journalists in a walk around in the city to assess the damage.

One asked him whether it was true that Putin was only targetting military targets, and his response was pretty on-point.