It was a poor swimmer, had bad eye sight and relied on touch from its cartilaginous bill to find its prey in murky shallows

A marine reptile that looked liked a duck-billed platypus lived in Earth’s shallow seas about 250 million years ago.

Scientists say it was a poor swimmer, had bad eye sight and relied on touch from its cartilaginous bill to find its prey in murky shallows.

Along with its platypus-like bill, the creature about 70cm long had a long rigid body, small head and four flippers for swimming and steering.

Bony plates ran down the animal’s back and because of this would have been a poor swimmer.

The reptile also had very small eyes relative to its body size.

The new species from the lower Triassic period has been named as Eretmorhipis carrolldongi and was found in modern day China.

Eretmorhipis was previously known only from partial fossils without a head

Co- author paleontologist Professor Ryosuke Motani, of the University of California, Davis, said: “This is a very strange animal.

“When I started thinking about the biology I was really puzzled.” 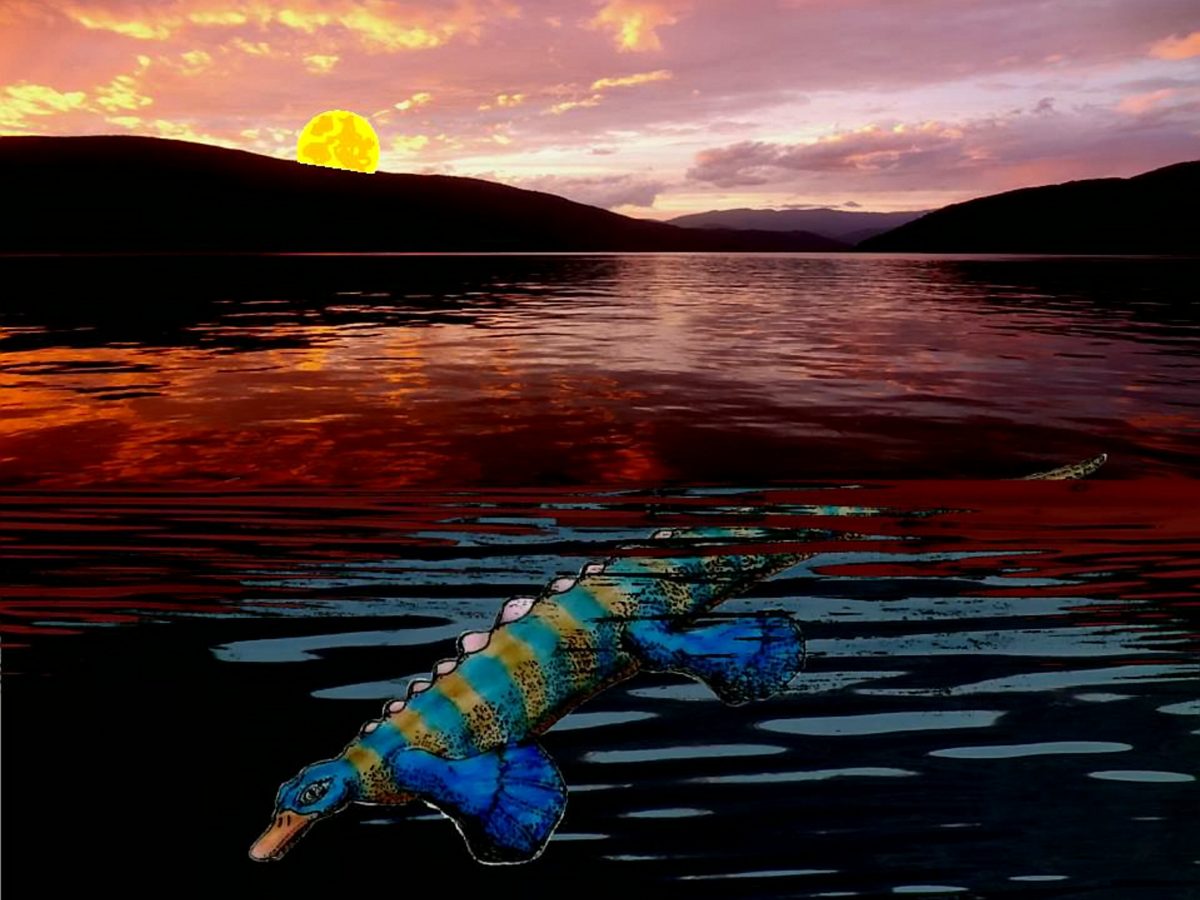 They show the animal’s skull had bones that would have supported a bill of cartilage.

Like the modern platypus, there is a large hole in the bones in the middle of the bill.

In the platypus, the bill is filled with receptors that allow it to hunt by touch in muddy streams.

In the early Triassic, the area was covered by a shallow sea, about a meter deep, over a carbonate platform extending for hundreds of miles.

“They tend to be active in visually challenging conditions, such as when hunting in the dark.

“The discovery that Eretmorhipis may have hunted under low-light conditions, using its sense of touch, suggests that amniotes started using touch to discriminate between predator and prey at least as early as the Early Triassic.

“The findings challenge the traditional view that diversification of marine reptiles was delayed following the end-Permian mass extinction, the Earth’s most severe known extinction event, which occurred around 252 million years ago.”

Eretmorhipis fossils were found at what were deeper holes, or lagoons, in the platform. 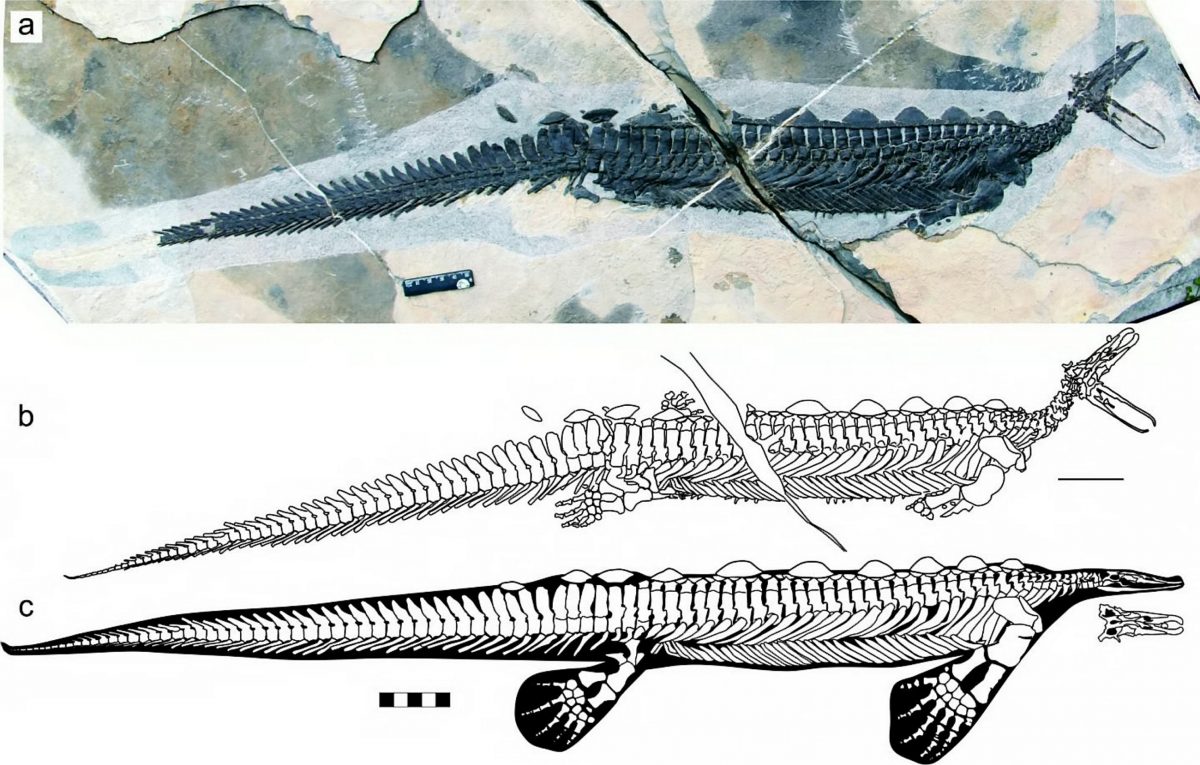 There are no fossils to show what Eretmorhipis ate, but it likely fed on shrimp, worms and other small invertebrates.

He said: “It wouldn’t survive in the modern world, but it didn’t have any rivals at the time.”

Related to the dolphin-like ichthyosaurs, Eretmorhipis evolved in a world devastated by the mass extinction event at the end of the Permian era.