Sir Alex Ferguson said “Marcus has opened the eyes of everyone in Britain" as he backed the scheme this week. 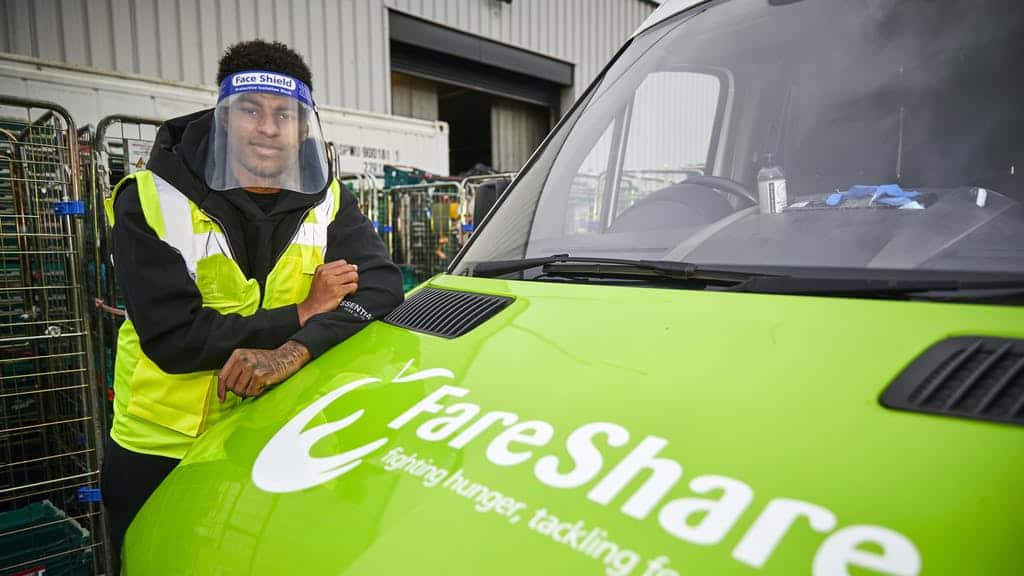 FareShare works with the farming and food industries to save quality surplus food from going to waste, working to deliver it to thousands of frontline charities to provide meals for vulnerable children and adults.

Their work has doubled during the pandemic, with more families than ever on the breadline.

Homeless charity Shelter today warned that its emergency helpline is being contacted once a minute and a third of callers are from families with children.

Almost 25,000 people in England have contacted the charity in the last two months, and 90,000 have been in touch since the start of the pandemic in March.

Morning all! I get weekly updates from @FareShareUK and wanted to share that as of Friday, FareShare are distributing 8️⃣2️⃣6️⃣6️⃣7️⃣0️⃣2️⃣ meals per week to our most vulnerable. This winter is going to be SO tough for many, find out how you can help here??♥️https://t.co/LbWCPTfvtg

This week Sir Alex Ferguson praised the efforts of Rashford as he teamed up with the Manchester United forward to tackle child food poverty.

Rashford was awarded an MBE for his recent campaigning – which also saw the Government twice make a U-turn on providing free school meals during holidays.

Now the 23-year-old has said former United boss Ferguson is set to pledge up to £2million towards the FareShare charity for which Rashford is an ambassador.

‘Sir Alex has announced that, in a joint fund of up to £2 million created with his close friend Sir Michael Moritz, a British philanthropist, they will “match every pound” of reader donations to FareShare through the Times appeal.’

An appeal in the Times is aiming to raise funds and Rashford revealed Ferguson, alongside Sir Michael Moritz, will match donations up to the aforementioned sum and described the news as “incredible”.

Ferguson, 78, grew up in Glasgow in tough conditions and believes Rashford has done a great job in highlighting the plight facing families across Britain.

“You have to be shocked at the number of people who are in need of food,” he said in an interview with the Times.

“Marcus has opened the eyes of everyone in Britain. The work he’s done has been fantastic and we’re all so proud of him because of that.

“What Marcus has done is he’s led the way – people will say, ‘That boy he’s only 23 years of age’. People who are in their later ages…should be saying, ‘I can do something’.”