The court heard the former plumber has previous convictions for assault, including an assault in 2017 on a journalist in Finsbury Park. 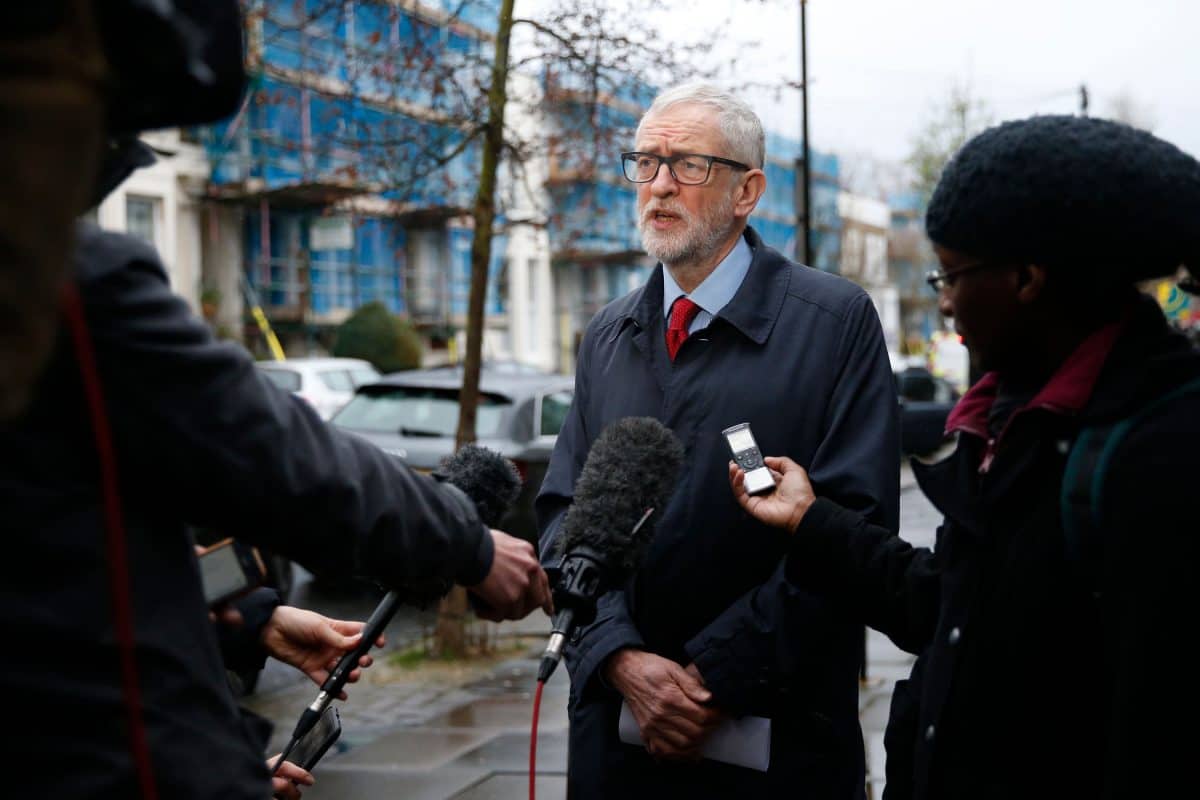 An ex-plumber has been sentenced for spitting at former Labour leader Jeremy Corbyn in a “barrage of abuse” during the first wave of the pandemic.

Gerald Dore assaulted Mr Corbyn in the morning of May 20 last year while he was cycling with his wife Laura Alvarez.

Gesturing to let Dore cross, the 56-year-old swore at Mr Corbyn who said there was “no need to use that language” before the defendant continued.

Mr Barrowcliffe said: “He began shouting and swearing aggressively towards both parties before ultimately taking a step towards Mr Corbyn and spitting.”

In a statement read by Mr Barrowcliffe, Mr Corbyn said: “I was alarmed and distressed by the aggressive behaviour towards me, in particular spitting in my face.”

Mr Barrowcliffe said the assault was aggravated by Mr Corbyn’s vulnerability as a person in the public eye.

Representing himself, Dore said the incident was not motivated by Mr Corbyn’s politics.

He told the court: “I don’t know him.

“I didn’t dislike him, he was just in my way and I was trying to get home.”

He continued: “All I was trying to do was cross the road and he was in the way.”

Dore previously admitted one count of assault by beating against Mr Corbyn and a second charge of using threatening, abusive or insulting words or behaviour with intent to cause fear of unlawful violence.

He said he has chronic pain and mental health issues, and the court was told he has a lower culpability.

The court heard the former plumber has previous convictions for assault, including an assault in 2017 on a journalist in Finsbury Park.

District Judge Adrian Turner said: “To spit at someone is gross in any circumstance but to do so at a time when the infections were running very high was very serious indeed.”

District Judge Turner accepted the assault was a chance encounter.

But rejecting Dore’s argument the incident had caused him to bite and injure his tongue, the judge said: “The fault was entirely yours.”

He gave Dore an 18 month community order, which will include 80 hours of unpaid work.

Ordering Dore to pay £250 in compensation, the judge said: “This is going to hurt.”

Dore, of Conistone Way, Islington, will have to pay £150 in compensation to Mr Corbyn and £100 to his wife.

Rob Hutchinson of the CPS said the incident was “completely unacceptable”.

He added: “At a time the country was reeling from the effects of Covid-19, Dore without provocation spat in the face of a prominent member of Parliament and during an expletive ridden onslaught, physically threatened Ms Alvarez.

“This successful prosecution should put no one in any doubt that we will take firm action against those who abuse others in this way and, in this case, our elected officials and their families, who should be able to go about their personal business without being put in fear.”

Related: Corbyn’s bid for documents on suspension from Labour rejected by High Court