Majestic caves discovered under Clifton Suspension Bridge have been opened to the public for the first time after been found by chance in 2002 by a builder. Hidden for more than 150 years the stunning cathedral-like vaults have been unveiled under Isambard Kingdom Brunel’s engineering masterpiece for the first time since the bridge opened in 1864. The vaults […] 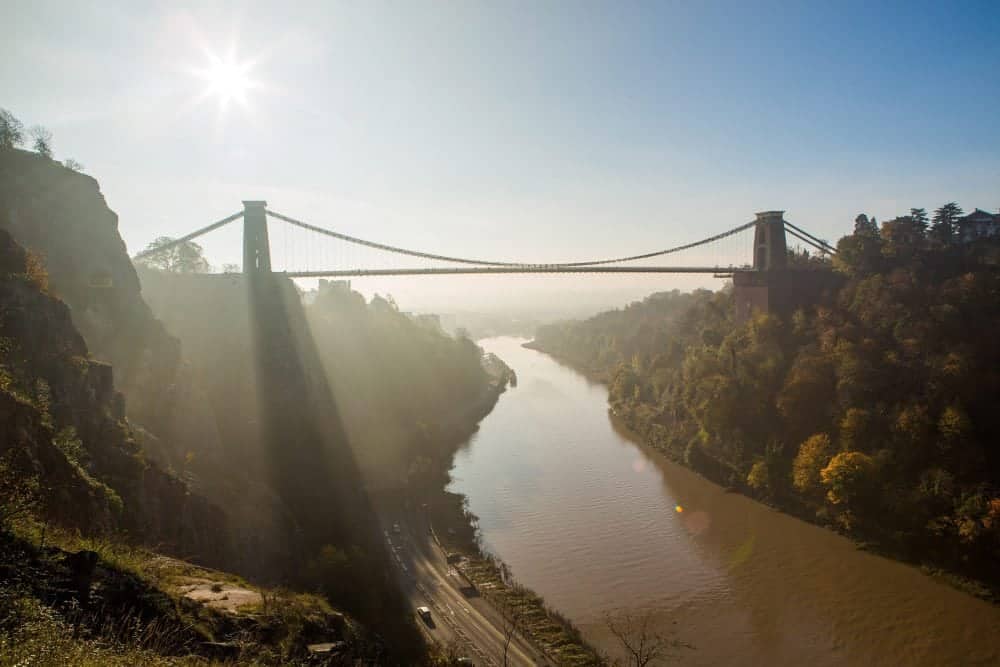 FILE PICTURE - Clifton Suspension Bridge in Bristol. Vast vaults discovered under the Clifton Suspension Bridge have opened to the public for the first time. The 12 vaulted chambers were found in 2002, nearly 160 years after the crossing was opened in Bristol. It was assumed for decades that the massive two-storey abutments which support the bridge towers were solid stone or filled with stone. Now, after drilling through 2m (6.5ft) stonework and installing a doorway, two chambers have been opened for tours.

Majestic caves discovered under Clifton Suspension Bridge have been opened to the public for the first time after been found by chance in 2002 by a builder.

Hidden for more than 150 years the stunning cathedral-like vaults have been unveiled under Isambard Kingdom Brunel’s engineering masterpiece for the first time since the bridge opened in 1864.

The vaults are inside the massive two-storey abutments which support the bridge towers either side of the Avon Gorge in Bristol. It was assumed for decades that they were either solid stone or filled and the discovery of the huge chambers surprised historians.

Two of them have now been opened for guided tours where visitors will have to climb down a ladder and squeeze through a small passageway. Laura Hilton, the bridge‘s visitor services manager, said: “Brunel made sure it would last but he didn’t consider that people would have to go into the vaults to perform any kind of maintenance, so there was no entranceway to them at all.”

Built using lime mortar, the vaulted chambers are filled with stalagmites and stalactites – calcite deposits dripped down through the brickwork No construction drawings survive and as the vaults were sealed, no-one knew of their existence. Connected by a network of narrow tunnels, Ms Hilton said the massive two-storey abutment was “quite a strange place to go inside”.

She added: “The largest chamber that we can go into is tall enough to stack three double-decker buses inside.

“It’s almost like a cathedral and because it was built using lime mortar it’s filled with stalagmites and stalactites so it’s just amazing to go inside.”