A sea monster that roamed the oceans during the age of the dinosaurs kept its 23 foot neck straight as a rod as it hunted like crocodiles or snakes, a study shows. The plesiosaur was a swimming reptile that thrived for 140 million years despite having a neck that measured up to seven metres – […] 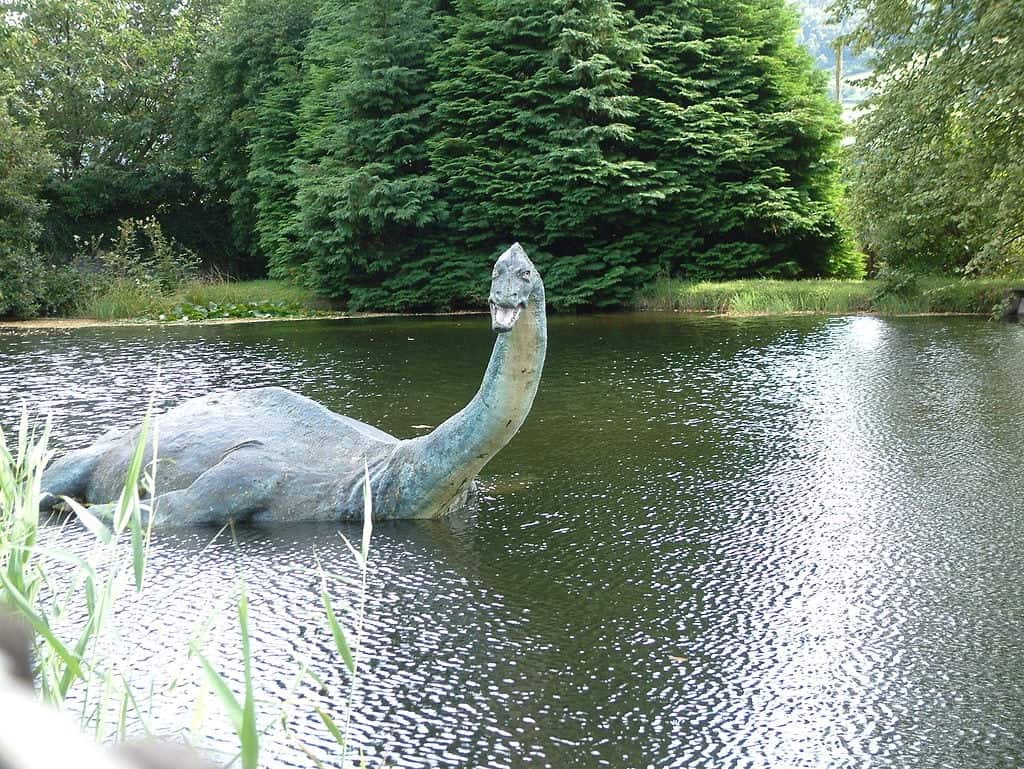 A sea monster that roamed the oceans during the age of the dinosaurs kept its 23 foot neck straight as a rod as it hunted like crocodiles or snakes, a study shows.

The plesiosaur was a swimming reptile that thrived for 140 million years despite having a neck that measured up to seven metres – three times longer than a giraffe’s.

It has remained an evolutionary marvel for hundreds of years – until British scientists shed fresh light on the mysterious creature.

They have simulated plesiosaur locomotion with a 3D model to understand how it could survive in the water with such a strange body.

When dinosaurs ruled the land plesiosaurs – famous for their incredibly long necks – ruled the oceans.

Pernille Troelsen, a PhD student at Liverpool John Moores University, said: “A steady neck would be more hydrodynamic than a bent neck.

“Due to the pressure on a bent neck, plesiosaurs would probably only bend them when moving at slow speeds or when floating.”

Her study revealed increasing the bend in a plesiosaur’s neck would have a big effect on the production of ‘hydrodynamic drag’.

The location of the bending may also have played a large role.

Ms Troelsen said plesiosaurs would likely have had a more patient hunting style – similar to today’s crocodiles and snakes.

She said: “We have some ideas about why they had long necks and they mainly concern feeding strategies – but we still don’t fully understand how they moved.

“These were extremely successful animals that existed for 140 million years – but we don’t have any living equivalents to compare with.”

By laying immobile on the sea floor or floating at the surface they could have used their protruding necks to hunt.

They may also have been able to sneak up on their prey more easily – or simply been more effective at snapping up fast-moving marine animals.

To test the hydrodynamic effects of different neck bending degrees and locations, Ms Troelsen created a digital 3D model based on a simplified plesiosaur body shape.

She then used computational fluid dynamics to visualise and determine how bending the neck affects the flow of water around the animal.

To improve these 3D models in future she will be looking at fossil evidence for more information about the shape and bendiness of plesiosaur necks.

Ms Troelsen said: “Further studies will include digitised neck vertebrae from actual plesiosaurs which will allow us to have an even more realistic approach.”

She believes these and future results will provide deeper insights into this mysterious group of marine reptiles.

She said: “We hope we can shed some light on the biomechanical implications of having such a long neck and learn more about the lifestyle and evolutionary history of plesiosaurs.”

They lived from the Early Jurassic to the Late Cretaceous period – when they were wiped out by the same asteroid that killed off the dinosaurs.

The biggest dinosaurs’ necks reached up to 50 feet in length.