"Now she’s a victim of “cancel culture” Lesson: trust Boris Johnson and you get screwed over. And over." 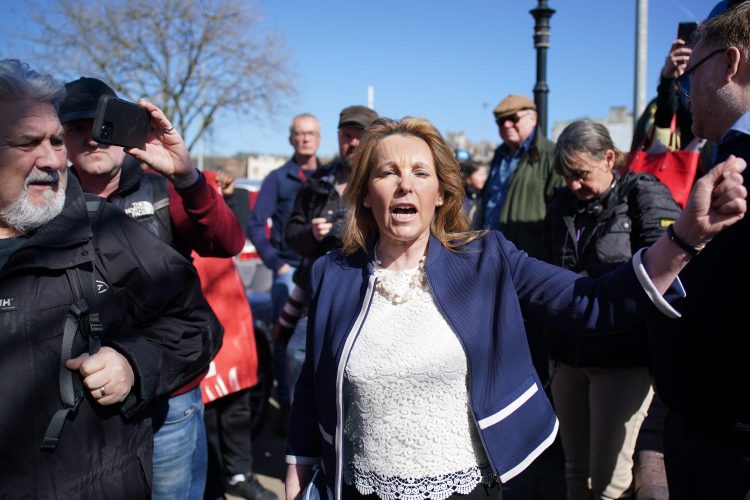 The MP for Dover has said more border posts are needed in Kent.

Her statement comes as Her Majesty’s Revenue and Customs (HMRC) announced it will no longer go ahead with plans to open a new inland border facility (IBF) just off the A2 in Dover.

She might well be annoyed as she fully supported the PM recently when she tweeted:

She was even snapped with a spade to kick off the building work.

They even explicitly acknowledge that the infrastructure will be needed in the official communication cancelling the project.

“@NatalieElphicke boasting about the border facilities being built near Dover. Now she’s a victim of “cancel culture”. HMRC has just cancelled the project. Lesson: trust @BorisJohnson and you get screwed over. And over.”

It was hoped the new centre would see millions of pounds of investment in the area and create 400 jobs.

But a HMRC spokesman said: “A new proposed site at Dover was part of this review, and after looking into the amount of cross channel traffic and the necessary associated checks, a decision has been made not to progress with the site.

“The review showed that the existing facilities have enough capacity to deal with the flow of traffic and therefore a new site was not necessary.

“This decision will see a saving of around £120 million – the anticipated cost of developing and running Dover IBF for the intended duration – and allow the funds to be utilised elsewhere.”

The spokesman added the Department for Transport (DfT) is exploring alternative options for its development to ease pressure at the border, given issues with disruption on the strategic road network in Kent and at the ports.

The DfT will continue to engage with Dover MP Natalie Elphicke, local leaders, businesses, and residents to ensure any development will also benefit the local community and economy.

In response, MP Natalie Elphicke said: “It’s over two years since we left the EU and the Government’s plans continue to evolve on what is needed for our borders post-Brexit over the longer term.

“There are no shortage of border-related facilities that are required in our area.

“I am working with the DfT to look at how this strategic site can best be used to support the Port of Dover and keep traffic flowing around Dover and Kent roads.”

Related: Watch this ‘and tell me you don’t think PM & Attorney General should both be thrown from office immediately’