"If the Govt truly want a high-skilled, high wage economy, then salaries have to reflect the professional standards required." 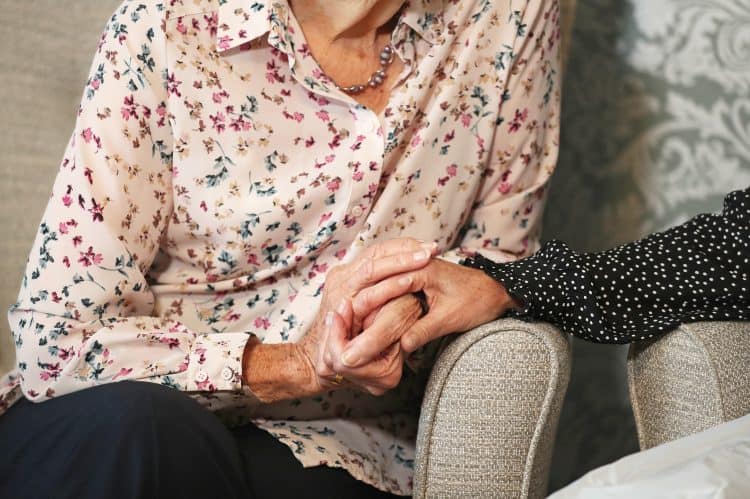 Relaxed immigration rules for overseas care workers will have “little or no effect” because most UK employers do not pay enough for them to qualify for the scheme, a care charity has warned.

Social care providers will be able to recruit overseas workers to fill vacancies that are plaguing the sector under new immigration rules that came into force on Tuesday.

Eligible workers will be able to apply to come to the UK with dependants, including partners and children, under the health and care visa, which offers a path to settlement.

This is more than the £9.50 National Minimum Wage which will come in from April, and groups said it was likely to pose a challenge to recruitment.

Mark Adams, chief executive of Community Integrated Care – one of the UK’s largest social care charities – said the change “is not the silver bullet to ‘fix’ this crisis”.

He called for proper pay, funding and training, “rather than a focus on short-term tweaks to plaster over the cracks”.

He said: “Whilst we’re pleased to see the Government finally concede that care workers play a skilled role in society, the reality is, for most providers, this change will have little or no effect.

Mr Adams said the “vast majority” of care workers will not meet the minimum income threshold to qualify for the visa, adding: “If the Government truly want a high-skilled, high wage economy, then salaries have to reflect the professional standards required to deliver quality care, and local authorities must be funded by central Government to pay for this.”

The Department of Health and Social Care (DHSC) first announced that care workers would be added to the shortage occupation list on Christmas Eve.

The decision followed a recommendation from the Migration Advisory Committee (MAC) that the jobs be made eligible for the health and care visa and placed on the list, which is designed to help migrants get work visas to fill jobs where there are shortages.

This was called for “immediately” to temper “severe and increasing difficulties” the sector was facing with recruitment and retention, the MAC said in mid-December.

Employers can apply to the Home Office to become sponsors, and assign a certificate of sponsorship to a worker they have recruited from overseas, who can then apply to come to the UK under the visa.

The Independent Care Group, which represents providers in York and north Yorkshire, welcomed the move but said it was already beset by bureaucracy.

Chairman Mike Padgham said providers are “experiencing lengthy delays in getting the licences needed to recruit staff, which is the last thing we need”.

His care home group, St Cecilia’s, applied to become a sponsor in late November – when senior care staff were on the shortage occupation list – and has still not been approved.

He said: “We need these staff to provide care today and tomorrow, not some time in the future when the bureaucracy is sorted out. The Government needs to streamline this process or we will be no better off.

“This obstacle should never have been put in our way in the first place. But then once a decision had been taken to remove it, we should not have had to wait this long – it was announced on Christmas Eve after all.

“Now we are finding that there are further delays. It is simply not acceptable for a sector that is on its knees already.

“The people who need care and those providing it deserve better than this.”

Mr Padgham said providers wanting to take part in the scheme, who pay existing staff less than £10.10 an hour, would have to raise wages across the board to avoid pay disparities between these employees and new overseas workers.

He added: “If we put our prices up to cope, then as you know local authorities can’t afford it, and they’re not funded adequately by Government anyway, so it’s a vicious circle.”

The temporary measures will be in place for a minimum of 12 months, but Mr Padgham said he believes they must be made permanent to cope with future demand.

A Government spokeswoman said: “Ahead of the changes coming into force, we’ve started an ambitious package of reform of the sponsorship system and we’re supporting employers new to the system to navigate it.

“We want to see employers make long-term investments in the UK domestic workforce instead of relying on labour from abroad. Our Plan for Jobs is helping people across the country retrain, build new skills and get back into work.

“We are doing everything we can to support the incredibly hardworking care staff, including by investing £462.5 million in workforce recruitment and retention funds, expanding the health and care visa scheme and promoting our Made with Care recruitment campaign.”

Last year’s announcement came after campaigners accused the Government of excluding care workers from its new immigration system and ignoring the role they have played during the coronavirus pandemic.

Care providers are experiencing high vacancy rates and turnover, and long-standing staffing pressures are being exacerbated by the recent spread of Omicron.