"Everyone should talk about politics, whatever their day job," one person said. 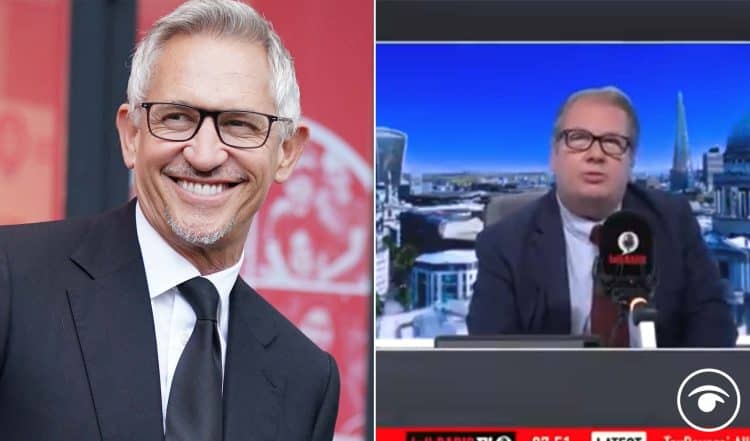 Gary Lineker doesn’t just sell spuds and spout off about football. He is very much active in the world of political activism on social media, much to the chagrin of the BBC directors.

Last year he temporarily housed a migrant with help from the charity Refugees at Home.

The man, known only as Rasheed, stayed at his London home.

The retired striker said it had been “fascinating and a real education” for him and his sons George, Harry, Tobias and Angus.

This week he decided to make a comment on the concrete story everyone is talking about.

If you missed it, you must have been under a rock or perhaps a concrete boulder.

In short, a talkRadio host got owned by an Insulate Britain activist after he claimed concrete ‘grows’.

You can see the full video below:

He then went onto the Jeremy Kyle show to make himself look even more of a tool.

Lineker waded in on the matter, saying he just buried himself even deeper in concrete.

Some people found him funny. But as ever he was told to stick to football by others.

Then Mr Lineker decided to respond….

And the reactions were brilliant: