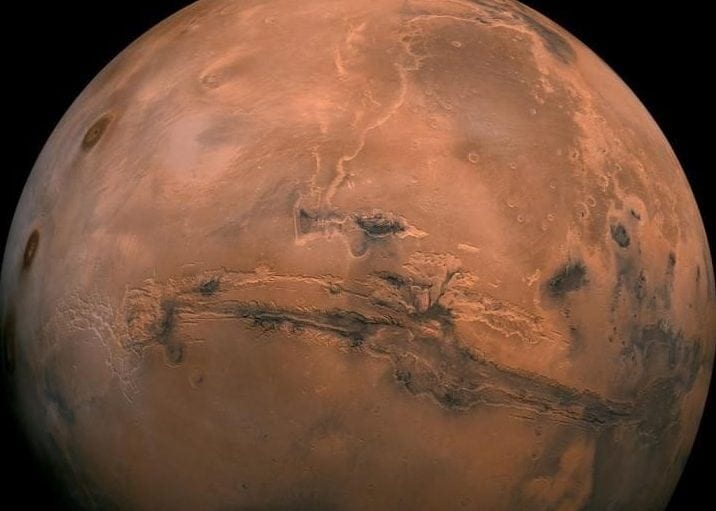 Life could have survived under the surface of ancient Mars, a new study found.

The red planet had the right conditions for life to thrive underground just like microbes living deep within the Earth.

The new study found evidence ancient Mars probably had an ample supply of chemical energy for these microbes.

Scientists from Brown University in Providence, Rhode Island, stressed the findings does not suggest there was once life on Mars.

But the Martian subsurface had the key ingredients to support life if it did start for hundreds of millions of years.

And future missions should target areas where the ancient subsurface is exposed in a bid to look for signs of ancient life.

“Conditions in this habitable zone would have been similar to places on Earth where underground life exists.”

Earth is home to what are known as subsurface lithotrophic microbial ecosystems or SliMEs. 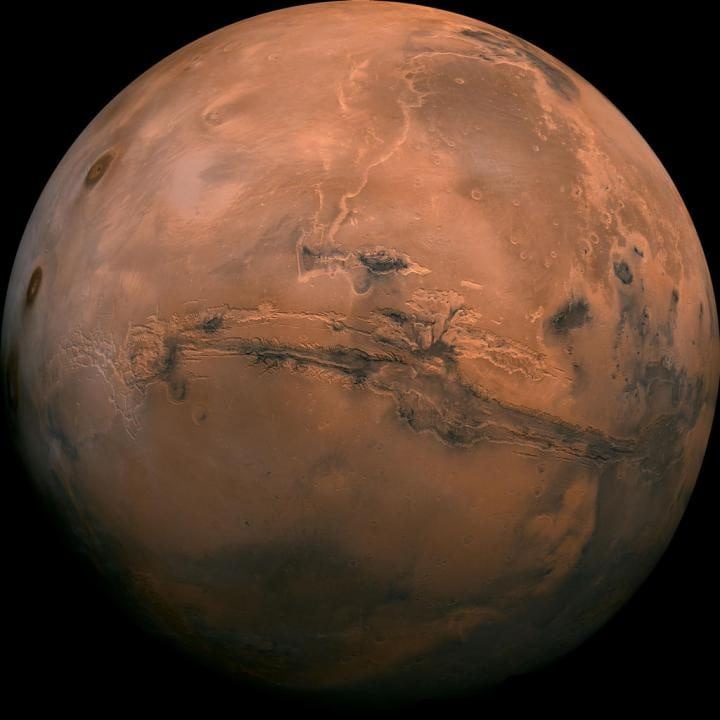 Lacking energy from sunlight, these subterranean microbes often get their energy by peeling electrons off of molecules in their surrounding environments.

Dissolved molecular hydrogen is a great electron donor and is known to fuel SLiMEs on Earth.

The study published in Earth and Planetary Science Letters showed that radiolysis, a process through which radiation breaks water molecules into their constituent hydrogen and oxygen parts, would have created plenty of hydrogen in the ancient Martian subsurface.

It estimated hydrogen concentrations in the crust around four billion years ago would have been in the range of concentrations that sustain plentiful microbes on Earth today.

Scientists have speculated whether Mars every hoisted life since the discovery decades ago of ancient river channels and lake beds on Mars.

While there was evidence of past water activity is unmistakable, it’s not clear for how much of Martian history water actually flowed.

Climate models for early Mars produce temperatures that rarely peak above freezing, suggesting the planet’s early wet periods may have been fleeting events – not the ideal condition fort long-term life.

But the amount of subsurface hydrogen available for energy actually goes up under the extremely cold climate scenarios.

That’s because a thicker layer of ice above the habitable zone serves as a lid that helps to keep hydrogen from escaping the subsurface.

Mr Tarnas added: “People have a conception that a cold early Mars climate is bad for life, but what we show is that there’s actually more chemical energy for life underground in a cold climate.

“That’s something we think could change people’s perception of the relationship between climate and past life on Mars.”

Professor Jack Mustard in Brown’s Department of Earth, Environmental and Planetary Sciences said: “The mission of the 2020 rover is to look for the signs of past life.

“Areas where you may have remnants of this underground habitable zone – which may have been the largest habitable zone on the planet – seem like a good place to target.”

The results were based on data from the gamma ray spectrometer aboard NASA’s Mars Odyssey spacecraft.

The findings could be useful in thinking about where to send spacecraft looking for signs of past Martian life.

Mr Tarnas said: “One of the most interesting options for exploration is looking at megabreccia blocks – chunks of rock that were excavated from underground via meteorite impacts.

“Many of them would have come from the depth of this habitable zone, and now they’re just sitting, often relatively unaltered, on the surface.”

Prof Mustard, who has been active in the process of selecting a landing site for NASA’s Mars 2020 rover, said these kinds of breccia blocks are present in at least two of the sites NASA is considering: Northeast Syrtis Major and Midway.