"I am in danger 24 hours a day and can’t work which is causing financial problems. I am feeling that no one is helping me," one trans Afghan trapped in Kabul said. 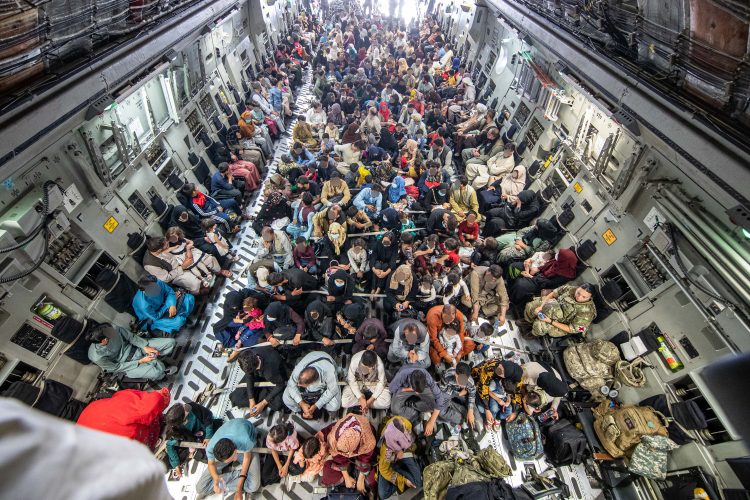 The deaths of LGBT+ people in Afghanistan could have been prevented if Western governments had prioritised their evacuation after the country fell to the Taliban, campaigners have said.

It comes after a new report from Human Rights Watch and OutRight Action International found that life for LGBT+ Afghans has “dramatically worsened” following the Taliban’s violent takeover last August.

Nemat Sadat, one of the first native Afghans to come out publicly as gay, told TLE that much of the community has spent the last eight months under self-imposed “house arrest” to evade capture, but warned the risk of being seized by authorities had intensified.

“What irks me is that this could have been prevented. If the international community and powers-that-be listened to my call and prioritised the evacuation and resettlement of the 1,000 most at-risk LGBT+ people in Afghanistan,” he said.

‘They will not survive’

With the names of 1,075 individuals currently on his list, Sadat has spent the last seven months independently organising evacuations for some of the most vulnerable in Afghanistan although, for some, time is running out.

He said: “I can fairly assume that the 49 people who do not respond to my emails and phone calls are either missing or dead, unless they have disconnected their mobile and Internet service because they can no longer afford to keep it active.

“Most LGBT+ people on my list are experiencing food insecurity and have been repeatedly tortured. About a quarter have suffered one or more physical attacks since the Taliban takeover.

“My estimate is that most LGBT+ people in Afghanistan will be dead within two years’ time. They will not survive the Taliban’s punishing brutality against them.”

His comments follow a response to a Freedom of Information request which revealed that since October last year, the government has accepted just 62 LGBT+ Afghans – only two of whom are transgender.

Last year, the government announced that a group of 29 LGBT Afghans had settled in the UK, and said it hoped the first arrival would be the “first of many” able to start new lives.

Designed to protect women and children as well as religious and other minorities, the Afghan Citizens’ Resettlement Scheme will allow 5,000 Afghans to settle in the UK, with a long-term goal total of 20,000.

The prominent LGBT+ rights activist, Peter Tatchell, however, accused the government of failing to “deliver on its pledge” to provide a safe haven for LGBT+ Afghans, and called on the international community to step up its support.

“The UK and other Western nations promised a lot and have done very little. It is a shameful betrayal of their obligations under the Refugee Convention which they have signed and pledged to uphold.

“What is required is the commitment of western governments to each take a share of  vulnerable, at-risk LGBT+ Afghans. But this is not happening. The US, Canada, UK, Australia and the EU have taken only a handful,” he said.

Sadat added: “If you’re comparing the 62 people compared to the 1,075 people on my list, I would say it’s an embarrassment. Any of the major western countries, France, Germany, the US or the UK, could have easily resettled all 1,000 LGBT people from Afghanistan.

“It wasn’t a priority for them. Saving LGBT+ people is just not as important, in their minds, as rescuing heterosexuals. They should have worked directly with me – listened to my pleas and coordinated with me to work toward their resettlement.”

One transgender Afghan still trapped in Kabul, told TLE that life has now become so dangerous since the Taliban’s takeover that they have “no hope for living”.

“I feel danger outside. I used to work as a dress designer in the media: I was arranging dresses for the singers and arranging private programs, but the Taliban said that LGBTQ are not in Islam so they should be killed.

“I was living in Jalalabad before the Taliban came with threats – so I shifted to Kabul. I am in danger 24 hours a day and can’t work which is causing financial problems. I am feeling that no one is helping me. I’ve applied to many organisations for help.”

Their comments follow an interview in which a Taliban judge confirmed that gay men will be executed by having walls toppled on them once the militant organisation are back in power.

A 2009 Justice Department report noted that “no death sentences are reported to have been dispensed with after the end of the Taliban rule but… this is still technically possible” under criminal law in the country.

According to Artemis Akbary the founder of the Afghan LGBT Organisation, most European countries have done “very little” for LGBT Afghans who continue to live in “terrible conditions”.

He told TLE: “They’ve let down LGBT people inside of Afghanistan, because when the Taliban took over, most of the LGBT community felt hope; hope that Western countries would help them.

“Many of the European countries, especially Germany, Canada and Britain, said that they will accept LGBT Afghans. I gave them a list of names, but only a few have been relocated while the rest remain trapped.

“But unfortunately, they didn’t, because the war started in Ukraine. I think they’re focusing on Ukraine. They’ve closed their eyes on Afghanistan and the many people left behind. I think that’s really terrible.

“The Taliban haven’t changed, they’ve become even more dangerous. Right now the situation for LGBT people has become harder, especially for lesbians and bisexuals because right now women cannot go to another city without a husband.”