It comes as Mark Logan who resigned as parliamentary private secretary, wrote: 'You're taking the p*ss now. #go' this morning on Twitter. 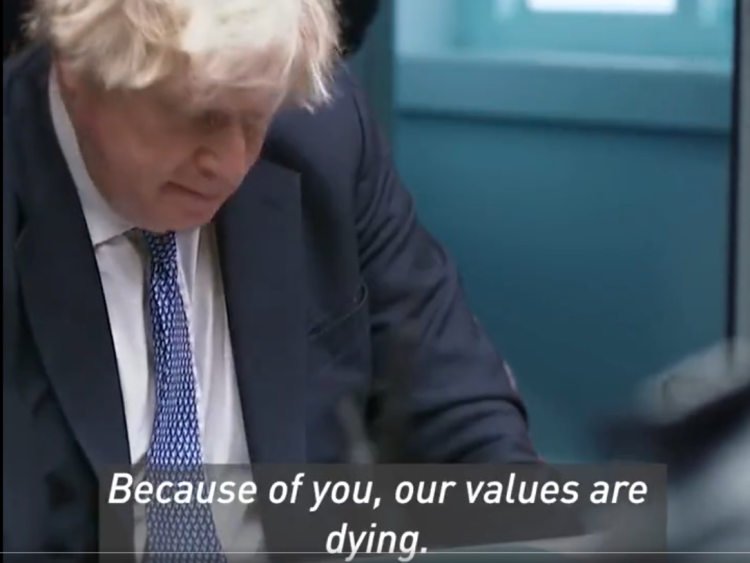 Boris Johnson’s refusal to accept that he has lost the trust of Conservative MPs has triggered another wave of ministerial resignations.

Now a viral video by Led By Donkeys is going viral featuring the PM.

Brandon Lewis quit his Cabinet post as Northern Ireland Secretary, telling the Prime Minister the Government requires “honesty, integrity and mutual respect” and it is “now past the point of no return”.

His departure was soon followed by a string of other ministers as the number of MPs quitting government and party posts since Tuesday evening topped 50.

Yesterday Mark Logan resigned as parliamentary private secretary. He posted this on Twitter this morning…

But it is a video by the Led By Donkeys team that is going viral.

In a spoof of the hit TV show Line Of Duty the PM is told in no uncertain teams his time in Number 10 is up!

It is a must-watch.