A US-style school bus was driven past Buckingham Palace with a message suggesting Andrew should contact investigators. 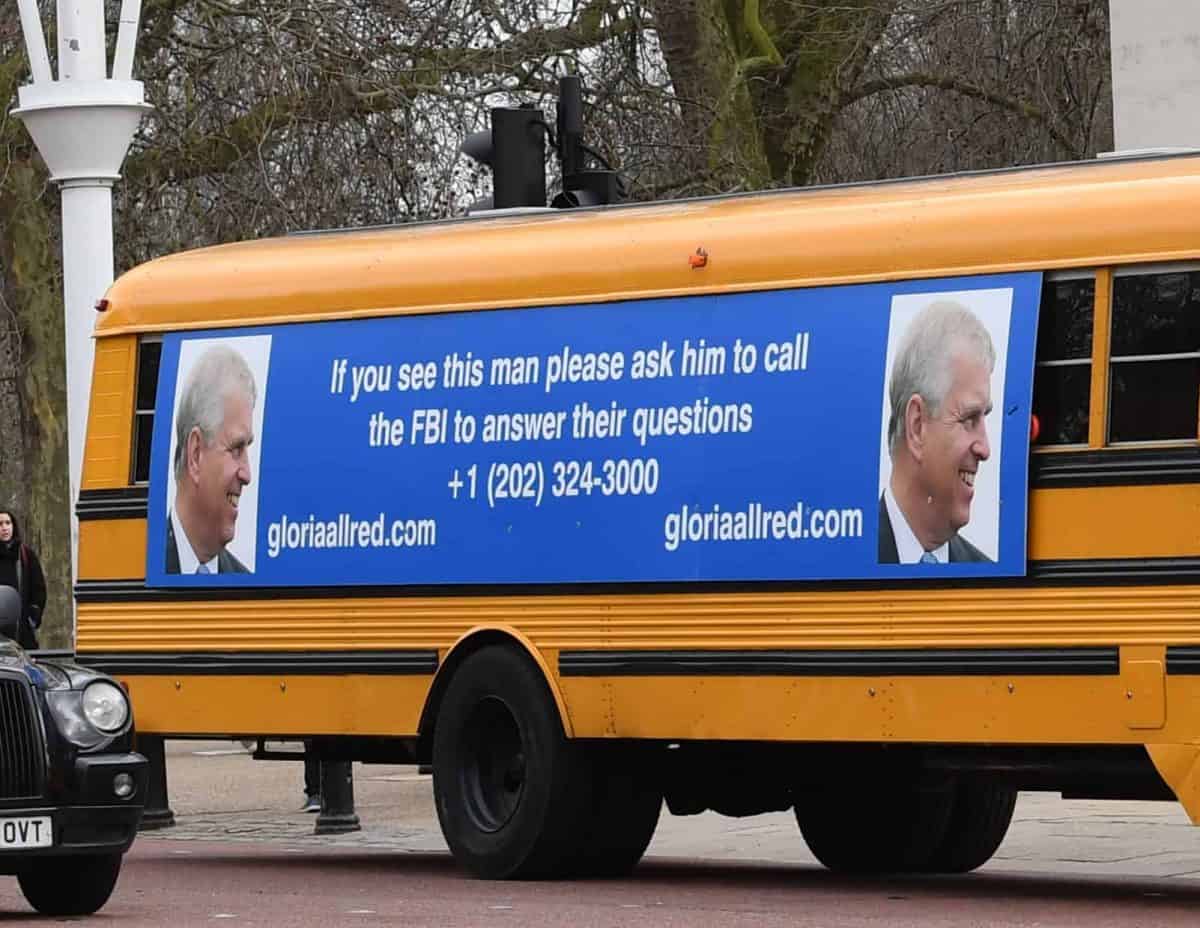 A yellow school bus with a post-birthday message for the Duke of York, from US lawyer Gloria Allred, driving along The Mall towards Buckingham Palace, London. Ms Allred, who represents five of the victims of Jeffrey Epstein, has been critical of the Duke for not speaking with the FBI about his former friend Epstein.

The Duke of York has been targeted in a bus stunt organised by a US lawyer representing some of the victims of sex offender Jeffrey Epstein.

A US yellow school bus was driven past Buckingham Palace with a message on the side appealing for Andrew to answer questions from the FBI over their Epstein investigation.

The message, featuring pictures of the duke, said: “If you see this man please ask him to call the FBI to answer their questions.”

The duke has stepped away from royal duties following his disastrous Newsnight interview about his relationship with Epstein.

Lawyer Gloria Allred, who represents some of Epstein’s victims, was behind the stunt which saw the bus drive past the palace a few times over the space of an hour.

She has called on the duke in the past to come forward and make a statement.

Her comments have been echoed by US lawyer Geoffrey Berman, who is leading the Epstein sex trafficking inquiry.

He told a news conference in January the duke had “provided zero cooperation”, claiming his lawyers had been contacted by prosecutors and the FBI as part of the probe.

But a few days later Andrew was reported to be “angry and bewildered” at the claims by the US authorities, with the Telegraph quoting a source as saying: “The duke is more than happy to talk to the FBI but he hasn’t been approached by them yet.”

Reports later said the investigators stood by their comments that they had tried to contact Andrew’s lawyers.