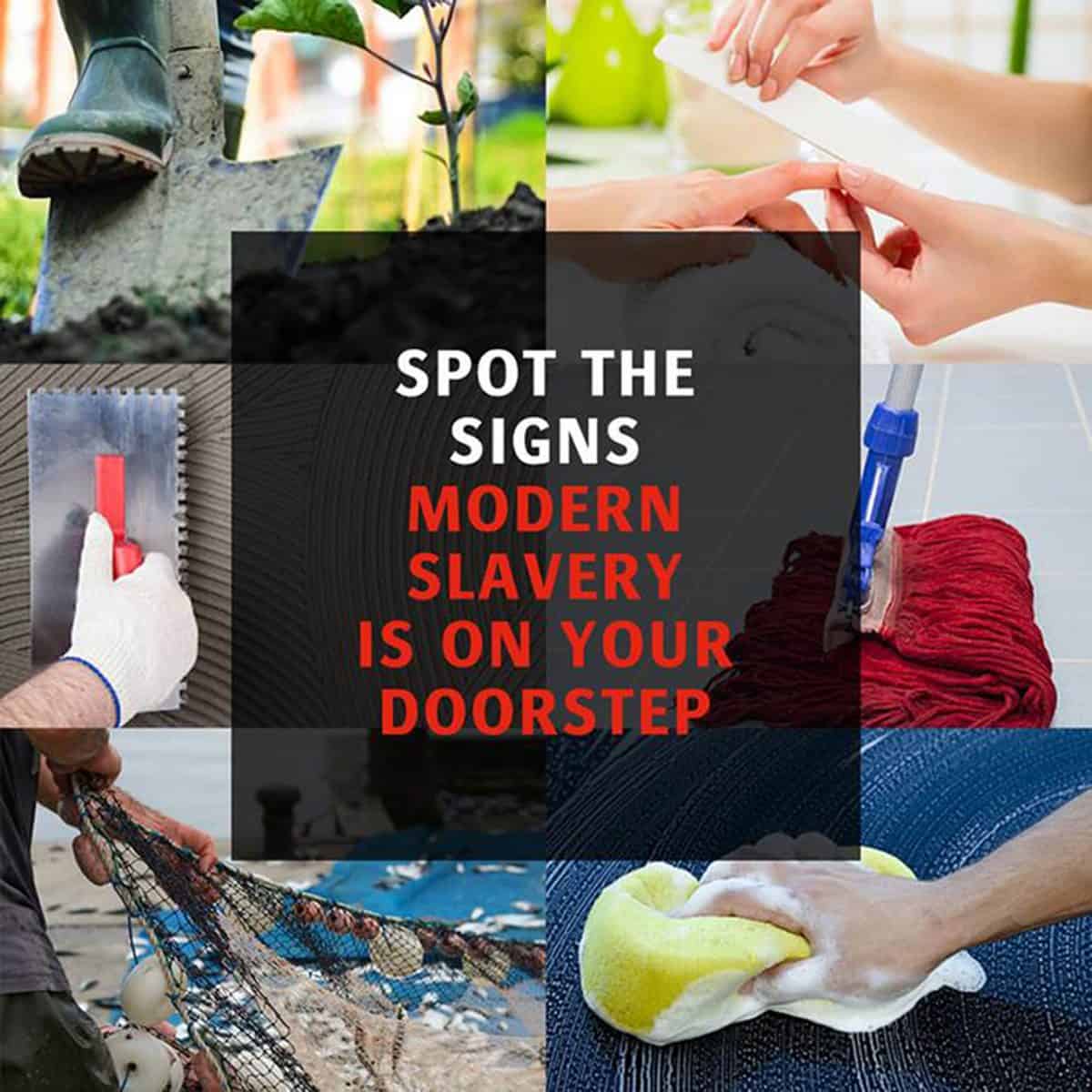 Undated handout photo issued by Crimestoppers and Gangmasters Licensing and Abuse Authority (GLAA) as part of their campaign calling on members of the public to report suspicions about possible modern slavery cases. Credit;PA

The number of modern slavery crimes reported to police shot up by almost 50% in the last year, according to a report.

It said there are now over 1,400 active investigations involving modern slavery across the UK.

There was also a 36% rise in the number of potential victims identified and referred for support under the National Referral Mechanism (NRM), up to 6,9855 from the previous year. Some 3,128 (45%) were exploited as children, according to figures up to date as of July.

Public bodies have a duty to tell the Government if they discover a victim of modern slavery and this happened in the cases of 1,551 people in 2018.

To continue attempts to tackle the crime, the report said the Government would continue to “fill key research gaps”, raise awareness and look at pilot schemes as well as respond to a consultation on possible law changes under the Modern Slavery Act 2015 to make its work more transparent.

Ministerial departments will each publish annual reports on the matter after the 2020/21 financial year.

Adam Hewitt, from anti-slavery charity Hope for Justice, said the rise showed a light was being shone on a “hidden and complex problem”, adding: “Even the best estimates of the true prevalence of modern slavery in the UK vary widely, from 13,000 victims up to 136,000 – so our best interpretation is that this rise reflects better reporting and an improved police response, rather than necessarily being linked to how much modern slavery is actually occurring.”

The charity trains thousands of police officers and other professionals each year to spot the signs of slavery and how to best support victims.

He added: “We want to see more arrests and more convictions, which depends on good-quality care for survivors, ensuring they feel safe, supported and confident enough to come forward, to give evidence and to appear in court.

“Charities like ours have a role in this, but ultimately the law must be improved to ensure the rights of survivors are respected.”

In the report Home Secretary Priti Patel said: “Modern slavery has absolutely no place in our society.

“It destroys lives – victimising, brutalising and exploiting the most vulnerable in this country and around the world.

“The shadow of modern slavery can fall across any aspect of our lives – the clothes we wear, the food we eat, and the services we pay for.

“We have made great strides in tackling it, but victims continue to endure unthinkable horrors.

“The UK Government is determined to end modern slavery and to restore freedom, dignity and fundamental human rights to its victims.”