“A third off fares in the new year and making travel free for under 16s will not only save passengers thousands of pounds, it will transform travel for the future, increasing rail passenger numbers and rail jobs to help fight the climate crisis." 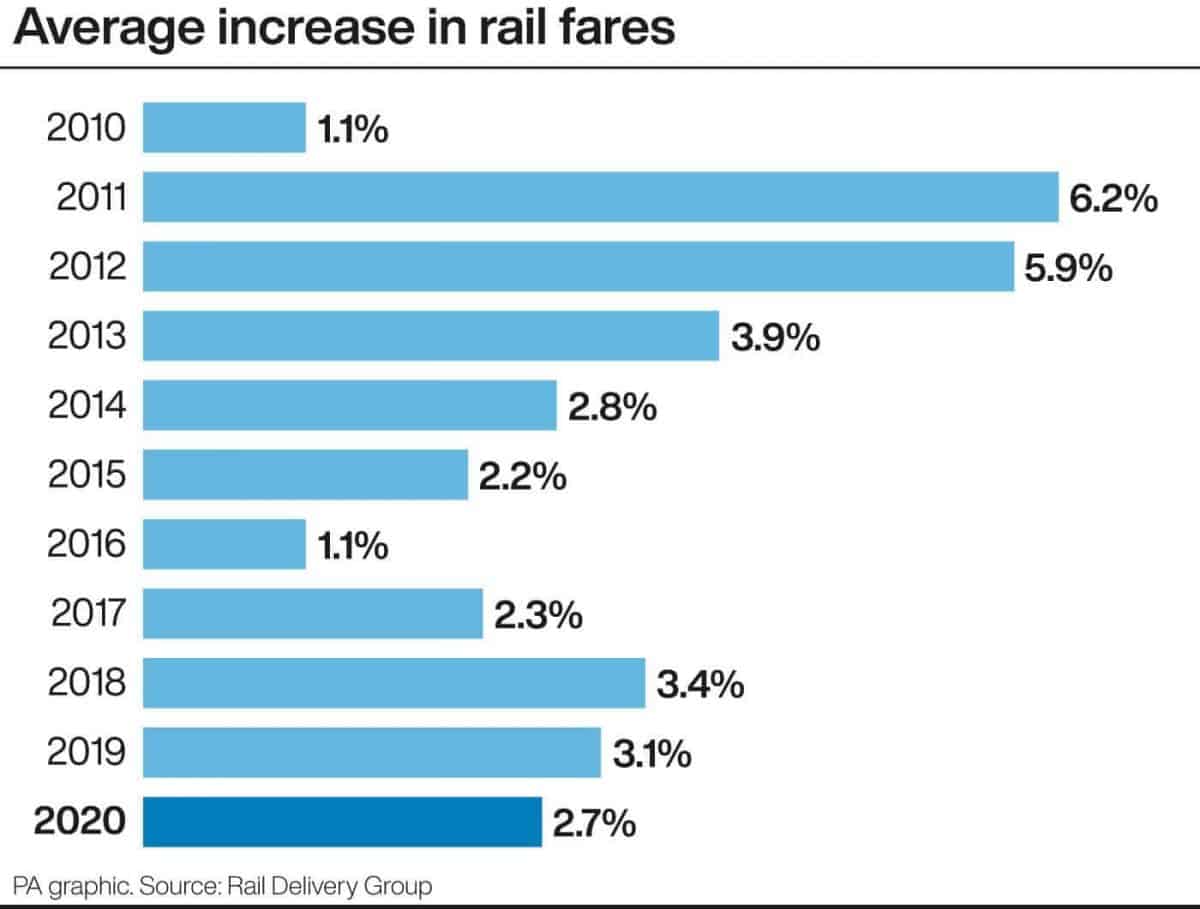 Regulated rail fares in England will be slashed by a third from next month if Labour wins the General Election, the party has pledged in a vote-winning policy announcement that should be popular with those that rely on the railways.

Jeremy Corbyn intends to re-nationalise the railways when contracts expire if he wins the December 12 vote and has announced plans to cut regulated rail fares by 33% from January 2020.

The party estimates the policy would save the average commuter more than £1,000 a year, and says it would represent the biggest ever reduction in rail fares.

It comes after Britain’s train companies confirmed over the weekend that they will hike prices by an average of 2.7% next year.

Children aged 16 and under would receive free rail travel under the party’s plans, while part time workers would be guaranteed “fair” fares.

Labour has also pledged to deliver a simple, London-style ticketing system across the nation – with “islands” within which zonal rail fares will apply across all modes of public transport.

There would be a daily price cap so travellers can pay as they go using bank cards or mobile phones.

Labour estimates that the policy will cost £1.5 billion per year and would come from existing Department for Transport budgets, drawn from Vehicle Excise Duty.

Mr Corbyn said: “Travelling by train is my favourite way of getting around the country but for too long a fragmented and privatised rail system has ripped-off passengers.

“Taking back control of our railways is the only way to bring down fares and create a railway network that is fit for the future.

“Labour will bring about real change on the railways because we are on the side of passengers.”

Shadow transport secretary Andy McDonald added: “Privatisation has created one of the most complex, exploitative and expensive ticketing systems in the world.

“Labour will scrap the bewildering and outdated fares and ticketing system that discriminates against part-time workers, discourages rail travel and excludes the young and low paid.

“Labour is on the side of passengers which is why we will introduce a simpler, fairer and more affordable system for all, integrated with other forms of public transport.

“Rail passengers who want to save hundreds or thousands of pounds next year need to vote Labour on December 12.

“Labour will deliver a railway in public ownership for the many, not the few.”

Responding to the announcement, Transport Secretary Grant Shapps said: “This is another desperate attempt from Labour to distract from their inability and unwillingness to be straight with people on where they stand on Brexit, and the fact they would raise taxes on low and middle income workers across the country.

“The Conservatives will improve punctuality by integrating parts of the rail network, make ticketing and pricing more transparent and will invest £500 million in reopening branch lines closed under Labour.

“You simply cannot trust Corbyn to deliver what he claims.

“His ideological plans would wreck our economy, cost people their livelihoods and with the help of Nicola Sturgeon would waste the whole of next year on two more chaotic referendums.”

A spokesman for the Rail Delivery Group, commenting on behalf of train operators, said: “Rail companies have been calling for some time for changes in regulation to enable an easier to use, better value range of fares but it’s a red herring to suggest that reforming fares needs a change of ownership.

“Overall fare levels will always be a matter for elected politicians in deciding the balance of farepayer and taxpayer funding.

“Train companies would obviously support a reduction for passengers as long as it is funded on an ongoing basis so that investment to improve the railway can continue.”

“A third off fares in the new year and making travel free for under 16s will not only save passengers thousands of pounds, it will transform travel for the future, increasing rail passenger numbers and rail jobs to help fight the climate crisis.

“This is rail public ownership that delivers real change to benefit everyone.”