He was grilled over describing the children of single mothers as ‘ill-raised, ignorant, aggressive’ and working class people as 'feckless and hopeless.' 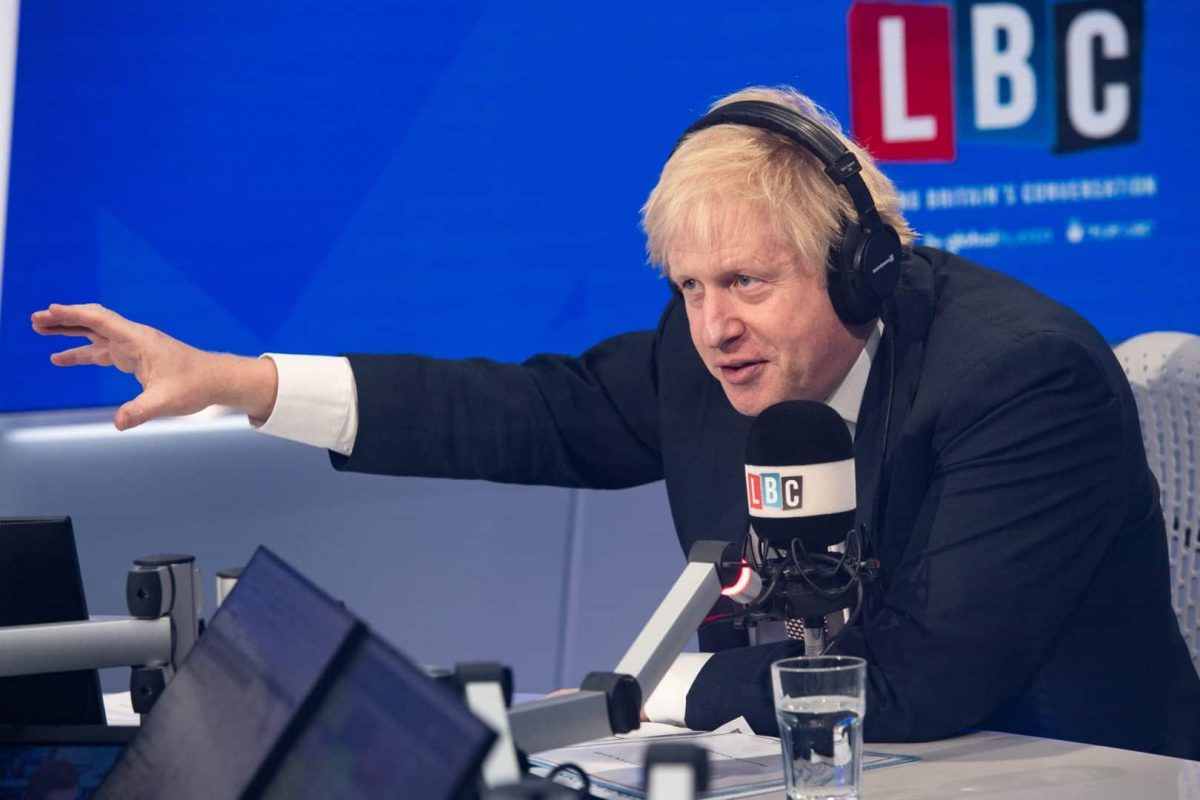 Boris Johnson has been challenged by a mother who accused him of fuelling the social “stigma” against children of single parents with disparaging remarks during his time as a journalist.

A woman called Ruth from Oldham brought the PM to task during an LBC phone-in, exposing his hypocrisy, as he is infamously reticent about how many children he has fathered – how many single mothers he himself is responsible for.

“This is what holding Boris Johnson to account looks like” tweeted Labour leader Jeremy Corbyn sharing the damning footage.

A piece for the right-leaning magazine has been brought to light this week in which Johnson described the children of single mothers as “ill-raised, ignorant, aggressive and illegitimate”.

In the column, the Prime Minister said it was “outrageous” married couples “should pay for ‘the single mothers’ desire to procreate independently of men”.

He also jeered at working class men, saying they are likely to be “drunk, criminal, aimless, feckless and hopeless” , “claiming to suffer from low self-esteem brought on by unemployment.”

Boris Johnson sighed dismissively as LBC’s Nick Ferrari reminded listeners of the Conservative Party leader’s words. The radio host then pointed out: “you’ve dismissed quite a chunk of the electorate there, Prime Minister, haven’t you?”

Johnson dismissed his writing in the Spectator magazine which he edited as “25 year old quotations.”

Radio caller Ruth reminded the PM that in the year he wrote the column, she had “just spent 15 years raising two children on my own”.

She said: “They were not ill-raised, ignorant and aggressive. One of them is a headmaster in a special needs school and the other is a sales director for an American software company.

“My children suffered the stigma attached from the comments made by Mr Johnson at the time.”

Mr Johnson argued his words had been “lifted out of context” and he meant “no disrespect”.

During the LBC phone-in, the PM was also asked by presenter Nick Ferrari how many children he has fathered, and he declined to answer.

Mr Johnson has a child, born in 2009, as a result of an affair with art advisory Helen Macintyre.

At first he denied paternity and even sought an injunction in 2013 to prevent her existence being discovered during a court battle.

The 55-year-old, who also has four children with his estranged wife Marina Wheeler, said he would not be discussing his children during the campaign.

Questioned by Mr Ferrari on whether he is “fully and wholly involved” with all of his children, Mr Johnson said: “I love my children very much but they’re not standing at this election.

“I’m not going to put them on to the pitch in this election campaign, when I think what people want to hear is what my plans are for the country, what this country is determined to do, and how we’re going to take the country forward.”

During the hour-long radio conversation, Mr Johnson was asked about a host of women’s issues by listeners.

He refused to match Labour’s pledge of compensating the Waspi women who have missed out on years of their State pension after the retirement age was pushed back from 60 to 66.

Among other numbers he had difficulty with was the amount of trade deals he claims are “oven ready” when Britain leaves the EU under his withdrawal deal. “Lots of deals” was all he was able to say when Nick Ferrari tried to pin him down.

The LBC host asked him to name any post-Brexit deals. Boris Johnson was unable to.