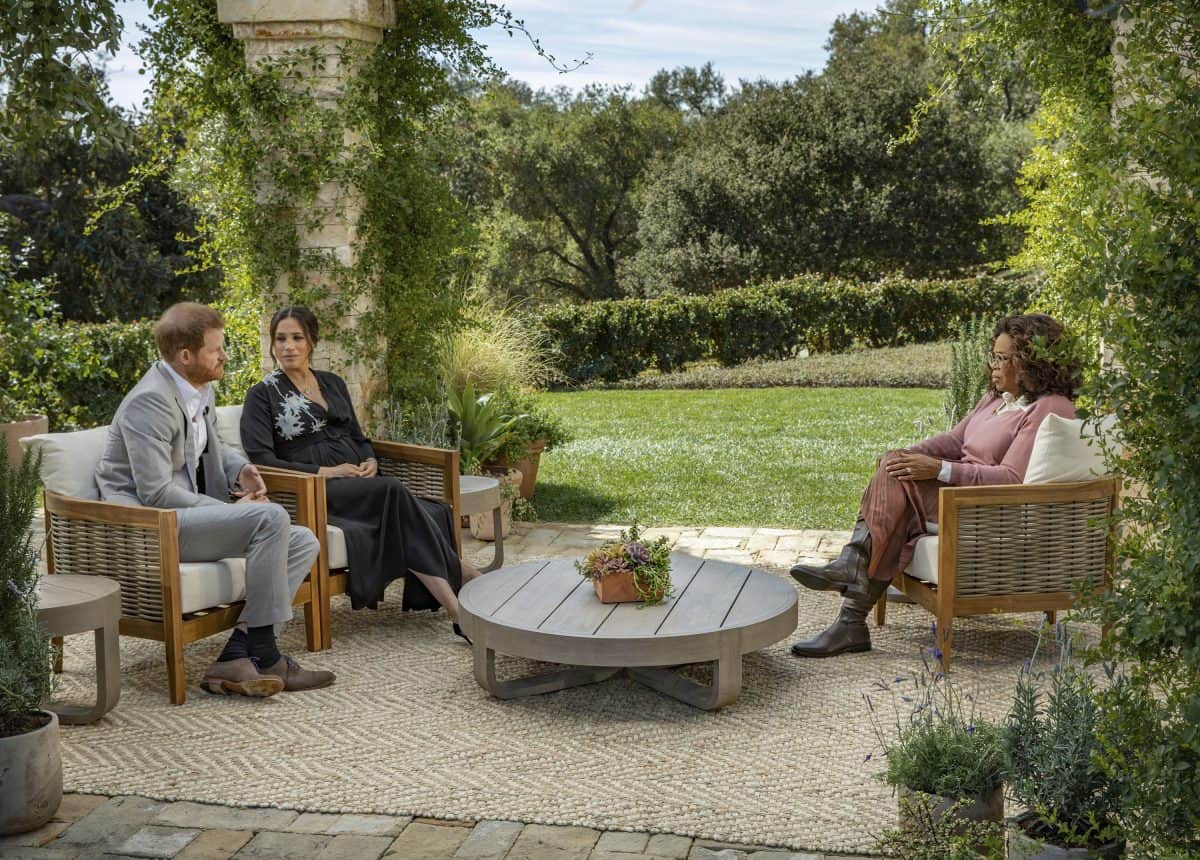 Handout photo supplied by Harpo Productions showing the Duke and Duchess of Sussex during their interview with Oprah Winfrey which was broadcast in the US on March 7. Issue date: Monday March 8, 2021.

Labour has called for investigation into allegations of racism by Buckingham Palace, after the Duke and Duchess of Sussex claimed a royal had raised concerns about how dark their son’s skin tone might be before he was born.

During an Oprah Winfrey interview, Meghan said that when she was pregnant with Archie an unnamed member of the royal family raised “concerns and conversations about how dark his skin might be when he’s born”.

“And if there are allegations of racism, I would expect them to be treated by the palace with the utmost seriousness and fully investigated,” she told Sky News.

During the couple’s candid interview, a stunned Winfrey asked of the comments on Archie’s skin tone: “What? Who is having that conversation?”

Harry refused to give further details, adding: “That conversation, I am never going to share. At the time it was awkward, I was a bit shocked.”

Asked if the palace should respond to the claims, Green told Sky News: “I’m sure that the palace will be thinking very carefully about that and I certainly think people will be wondering what is going to be said.

“There is never any excuse in any circumstances for racism and I think it is important that action is taken to investigate what are really shocking allegations.”

Meanwhile, children’s minister Vicky Ford said there is “no place for racism in our society” when asked about the allegations by the duke and duchess.

She told BBC Breakfast she had not seen the interview, but added: “There’s no place for racism in our society and we all need to work together to stop it.”

However other Tory MPs have been quick to jump to the defence of the royal family. Michael Fabricant MP said: “Every family is dysfunctional one way or another. The holder of every high position will have personal little secrets they want hidden. We are all human. Only HM Queen seems to float selflessly above it all.”

Responding to the timing of the interview, which aired hours after the Queen had given a speech reaffirming her commitment to the Commonwealth, Andrea Jenkins MP said: “Today’s Commonwealth Day gives us all another reminder of Her Majesty’s long life of service and duty, continuing to work for us all despite her husband being in hospital. Britain stands with our Queen.”