More than 100,000 people have signed up to the Don't Pay campaign, which launched in June this year. 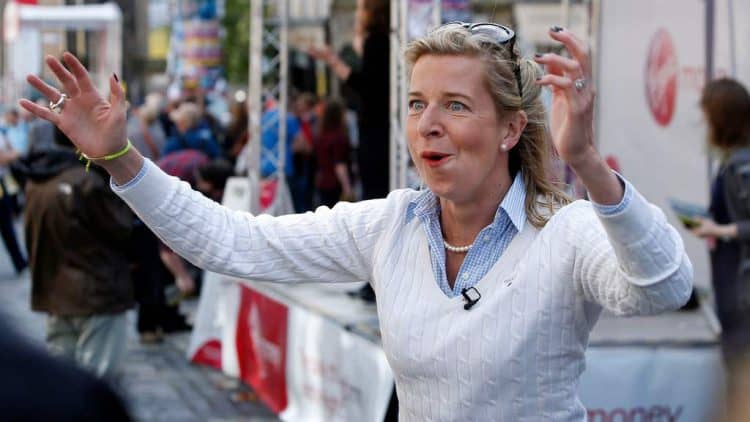 Katie Hopkins appears to have joined the growing campaign to refuse to pay energy bills later this year.

The far-right provocateur posted a screenshot in a video on her TikTok account which showed a message from EDF Energy telling her she had cancelled her direct debit.

In a tweet on Monday, Ben Smoke shared the screenshot, writing: “Caption for the vid says ‘yes i bloody well have. millions will not make it through this winter because of your greed. sort it.’ In another vid she talks about the need for collective action and halting the rise.

“Something big is afoot.”

More than 100,000 people have signed up to the Don’t Pay campaign, which launched in June this year.

The campaign will see people refuse to pay their bills to energy companies, in protest against the rocketing prices which will see the cost of an average family’s annual energy bill reach £3,628 by October and nearly £5,300 by April next year.

Don’t Pay’s aim is to demand “a reduction of energy bills to an affordable level” and to “gather a million people to pledge not to pay if the government goes ahead with another massive hike on October 1st.”

The campaign compares itself to one from the late 80s and early 90s in the UK when more than 17 million people refused to pay the Poll Tax.

Adding to his tweet, Smoke also made the comparison between Don’t Pay and the Poll Tax protest of the Thatcher years.

He also claimed the fact that far-right figures like Hopkins were also deciding to not pay their bills highlighted the “how much cut through this issue will have,” suggesting that this had been underestimated by politicians.

Wholesale gas and electricity prices have been soaring in the last year, causing the energy price cap to rise to unprecedented levels.

Their models predicted that the price cap on energy bills could reach £3,628 in October, from £1,971 today.

This is likely to push millions into fuel poverty this winter.