Momentum, the campaign group that championed Jeremy Corbyn, earlier criticised the party leadership and said they must “stand up for working people” after Sir Keir’s deputy, Angela Rayner, appeared not to back the nursing union’s call for a 12.5% raise. 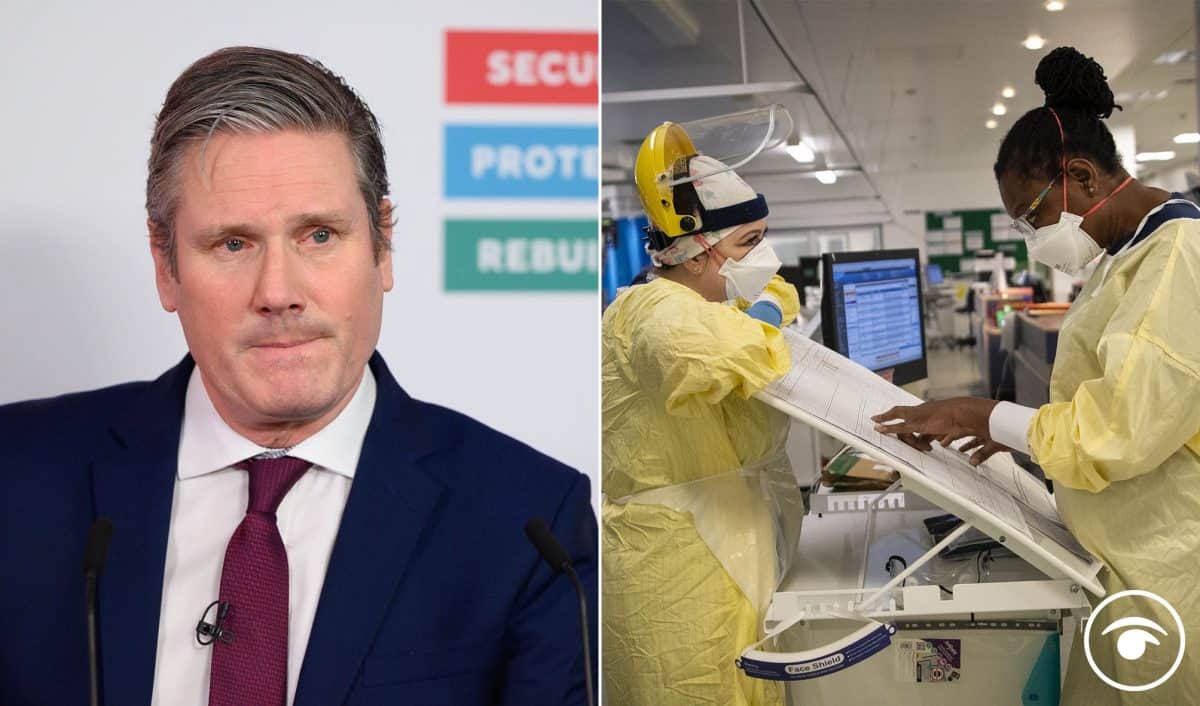 Sir Keir Starmer has said NHS workers should get a “fair” pay rise, but declined to back a 12.5% increase proposed by the Royal College of Nurses. It comes as just one in three NHS staff are satisfied with their pay,

Launching his campaign for May’s elections, the Labour leader targeted the Government’s widely criticised recommendation of a 1% raise for England’s health workers.

He said on Friday that “a vote for Labour is a vote to support our nurses”, but did not go as far as some supporters wanted in specifying the raise they deserve during the pandemic.

Asked at the virtual launch, Sir Keir said the increase should be “above inflation, a real rise”.

“I think the starting point should be the 2.1% that was promised and was, of course, budgeted for,” he added.

Sir Keir did not directly answer questions about his support for potential strikes by nurses, saying it is in the hands of Boris Johnson to prevent industrial action.

Momentum, the campaign group that championed Jeremy Corbyn, earlier criticised the party leadership and said they must “stand up for working people” after Sir Keir’s deputy, Angela Rayner, appeared not to back the nursing union’s call for a 12.5% raise.

Just one in three NHS staff, according to a mass survey of staff across 280 NHS employers in England reveals. A massive 600,000 workers responded to the survey, around half of NHS workers.

A recent submission to the NHS Pay Review Body by the Government recommended that NHS staff  face a pay rise of just 1 per cent, a real terms pay cut which GMB has descried as a ‘kick in the teeth’.

Meanwhile 46% of staff said they had gone to work despite not feeling well in the last three months, rising to 54% of ambulance workers.

Rachel Harrison, GMB National Officer, said: “Of course NHS workers aren’t satisfied with their pay. They’ve been on the front line of this pandemic, keeping us all safe and saving lives, while not receiving the fair wage that they deserve.

“Health workers have endured more than a decade of real terms pay cuts under successive Conservative Governments, and the last pay deal negotiated in 2018 was completely inadequate. That’s why GMB members voted against it.

“Following a year in which we owe everything to the NHS, Ministers had a real chance to make things right with health workers.

“Instead, they’ve hit them with more pay cuts. It’s disgusting and shows where this Government’s priorities lie – with their fat cat cronies.

“Ministers must now do the right thing, change course, and make plans for the real pay rise that NHS workers need and deserve.”