They raise fifty feet above the surface stretching across the whole equator - and beyond. 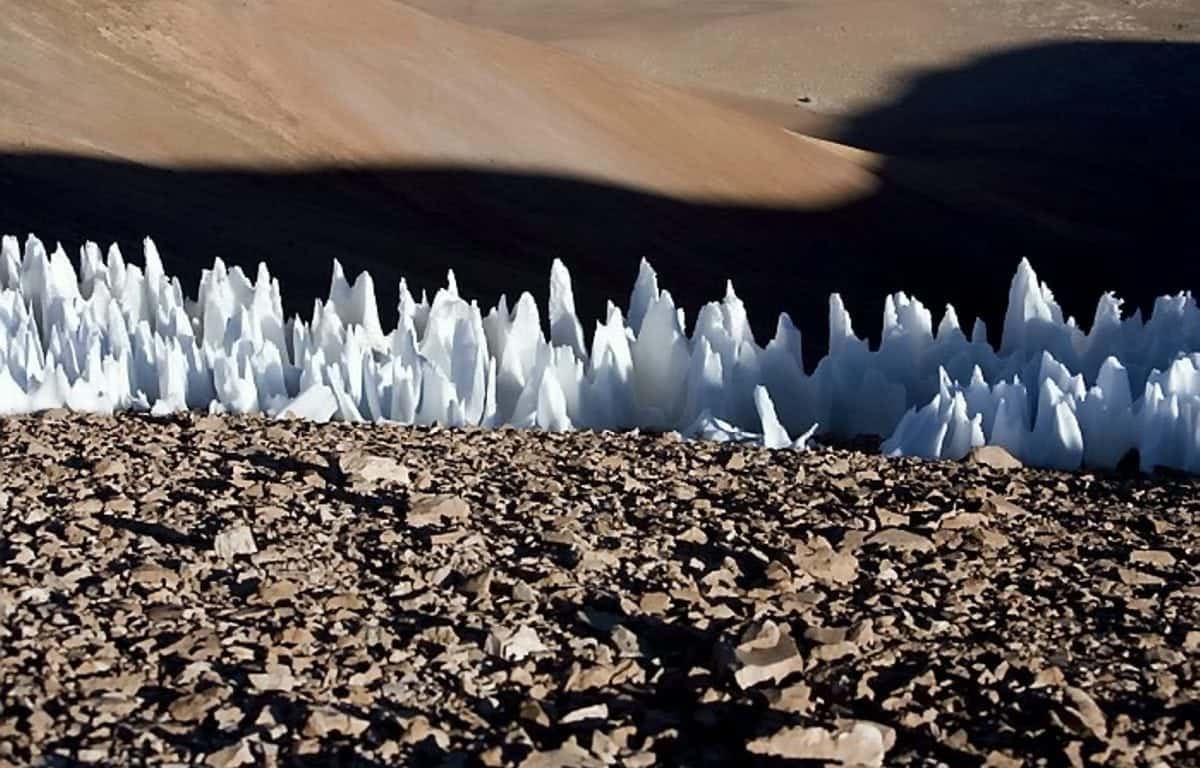 Jupiter’s moon Europa is teeming with Game of Thrones-style ice castles that will make future missions “treacherous”, according to new research.

They raise fifty feet above the surface stretching across the whole equator – and beyond.

The mysterious waterworld is the likieliest place in the solar system to find alien life – and is even more wondrous than imagined.

It conjures visions of the 300 mile-long solid ice barrier in Westeros – the fantasy land depicted in G R.R. Martin’s best selling books that spawned the world’s most popular TV show.

The huge pillars are just feet apart – and there are fields of them, say British and US scientists.

He said: “The unique conditions of Europa present both exciting exploratory possibilities and potentially treacherous danger.

The study published in Nature Geoscience sheds light on the problems space engineers will face in the search for extra terrestrials. 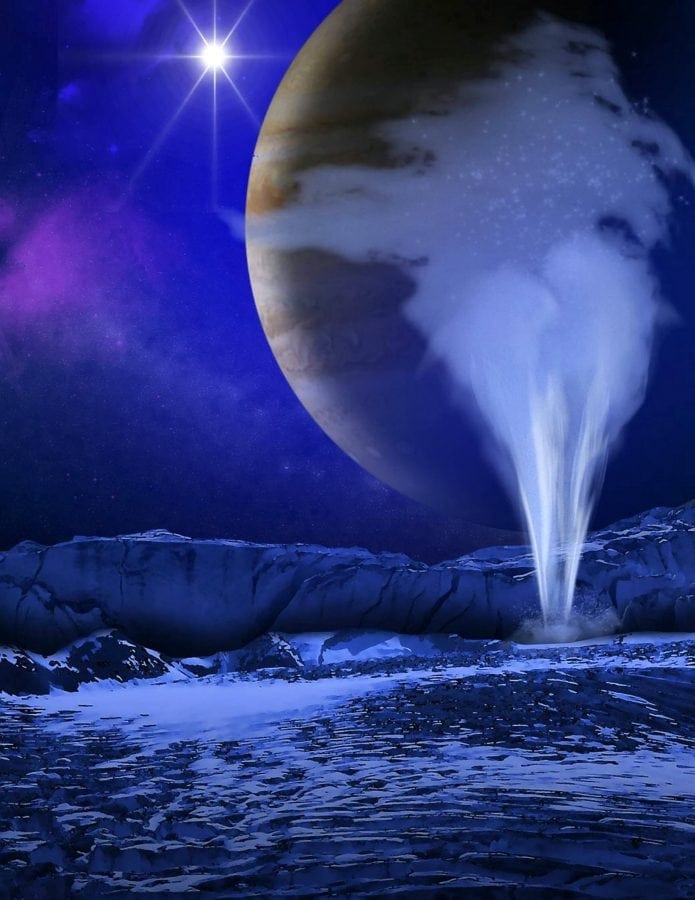 Europa harbours a huge ocean under an icy crust up to 15 miles thick – conditions in which organisms could thrive.

A bit smaller that Earth’s moon, the subterranean sea is estimated to be between 40 and 100 miles deep.

NASA hopes to put a robot on the moon, drill through its crust and swim through the icy sea – a scenario played out in the 2013 sci-fi thriller ‘Europa Report.

Known as ‘penitentes’, they are nature’s ice sculptures. The beautiful snowy spikes can be found in the Andean glaciers where the air is particularly dry.

These are about 16 feet (5 metres) tall – ‘pixies’ compared to those on Europa.

The stunning features always point towards the midday sun. They are carved by a process known as sublimation which requires bright, sustained sunlight as well as cold, arid and still air.

As ice turns directly into water vapour without first melting into a liquid, the distinctive formations are left behind.

On Earth they occur in high altitude tropical and subtropical areas – such as the Andes.

But Europa has the perfect conditions for them to appear in abundance and in a uniformed pattern thanks to its bleak landscape.

It has the right thermal conditions for the ice to sublime without melting – and there is very little variation in the angle in which the Sun shines down. 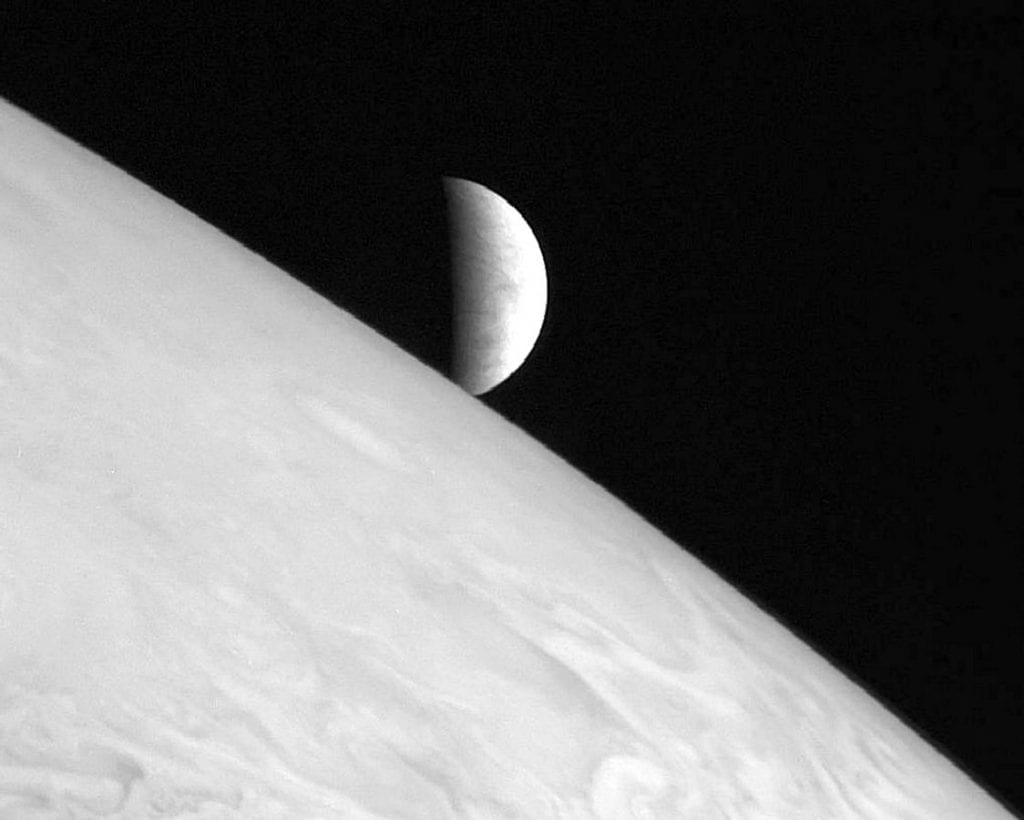 The discovery was made after Dr Hobley and colleagues used observational data to calculate the sublimation rates at various points across the moon.

This enabled them to estimate the size and distribution of the penitentes.

They could be anywhere but will be most prevalent around the equator.

Evidence of penitentes has also been seen on Pluto – suggesting such jagged terrains are common on icy worlds.

NASA’s Europa Clipper is being launched in 2022 to carry out a number of fly-bys. It is hoped a landing mission will follow soon after.

Added Dr Hobley: “We hope studies like ours will help the engineers to develop innovative ways of delivering landers safely on Europa’s surface so we can find out even more about this fascinating place – and potentially look for signs of extra-terrestrial life.” 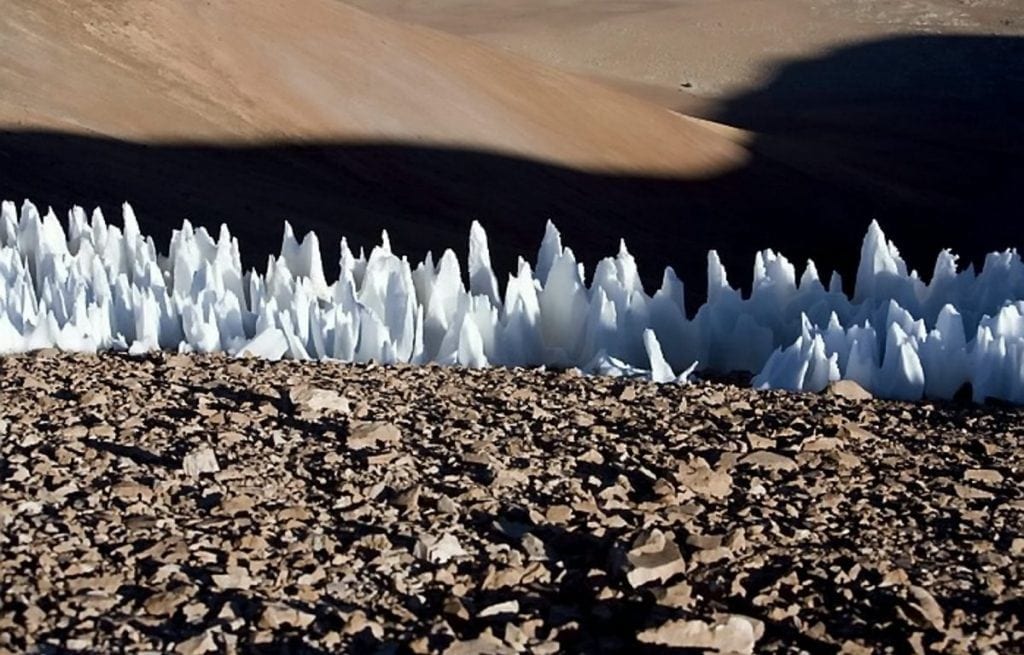 Europa’s surface is fragmented by grooves and ridges and sufficiently high-resolution imagery to determine how smooth the ice is between these features has not been possible – until now.

It may also be able to measure other properties of these amazing features with the spacecraft’s other instruments. Dr Moore is a co-investigator on the imminent mission.

Europa is not the only prime candidate for life in our solar system. Saturn’s ocean-bearing moon Enceladus has been found to contain hydrogen in hydrothermal vents, an environment that may have given rise to life on Earth.