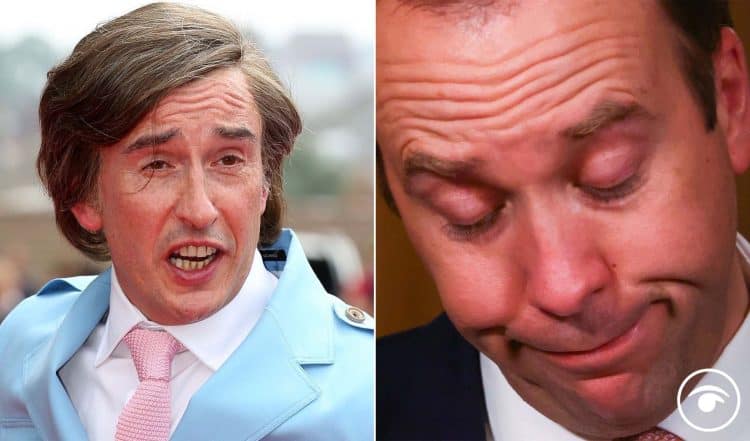 Well just in case you forgot who he was he released a comeback video yesterday.

Mr Hancock, who was forced into an embarrassing resignation after leaked CCTV showed him locked in a steamy embrace with aide Gina Coladangelo.

There was also the small matter of how badly he handled the Covid crisis and which of his mates were able to get huge contracts during the pandemic.

Former health secretary Matt Hancock will have his personal WhatsApp and emails searched as part of a High Court battle over millions of pounds’ worth of antibody test contracts.

The Good Law Project has brought legal action against the Department of Health and Social Care (DHSC), claiming that more than £80 million in contracts for antibody tests were awarded unlawfully.

The bid covers three contracts awarded to Abingdon Health which the group claims were given in April, June and August 2020 but were not published until October 2020.

“The contracts were awarded directly, and secretly, without any advertisement or competition,” the Good Law Project’s barrister Joseph Barrett said in written arguments.

That aside he posted the clip of himself meeting the public in Haverhill in his Sussex constituency.

Hundreds of social media users were quick to mock Hancock after watching it – comparing him to fictional comedic characters Alan Partridge and David Brent.