The government minister struggled to wriggle out of some tough questions as he was put to task by Reid and Morgan. 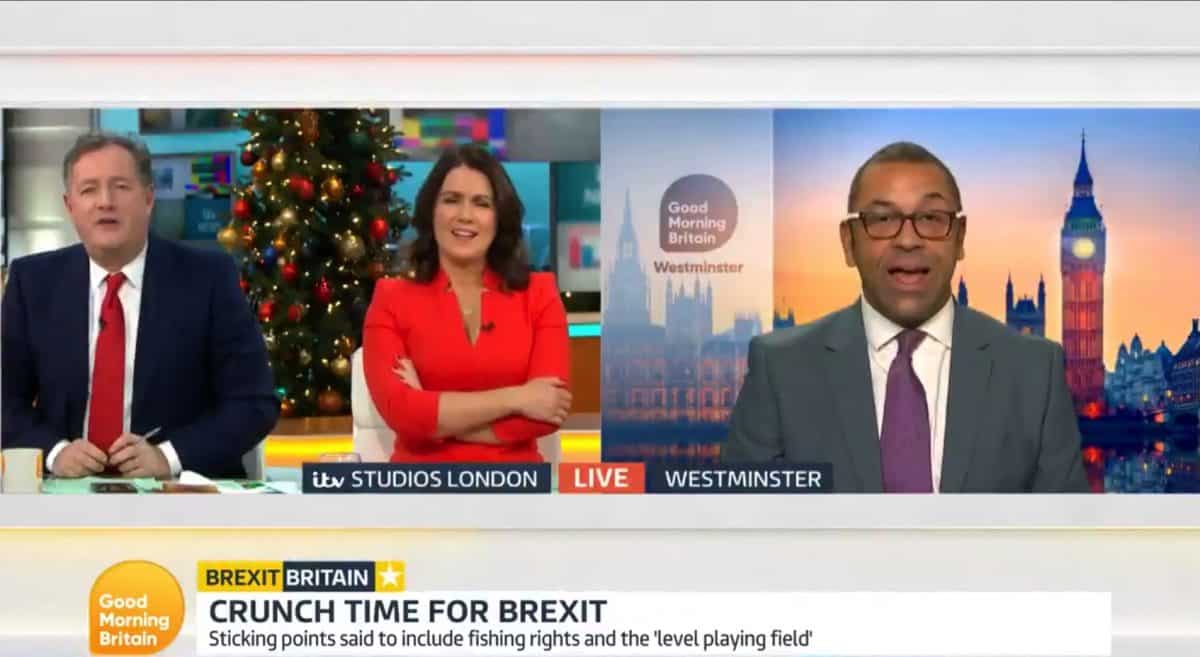 James Cleverly received a rocky welcome back party as he struggled to defend the UK’s Covid record and the Prime Minister’s “oven ready deal” on Good Morning Britain today.

The government minister appeared on the show for the first time in a year after a Dominic Cummings-issued boycott.

He told Piers Morgan and Susanna Reid that it is meaningless comparing the UK to other countries when put to task over the UK’s Covid response, which is the worst in Europe and among the worst in the world.

Morgan rebutted “that wasn’t my question” as the MP for Braintree wiggled out of giving a straight answer.

Piers talking lumps out of James Cleverly as easy as stealing candy from a baby.

All Cleverly can say is “age, population density” “don’t compare us to other countries”

This is not an answer for why we have the highest death toll in Europe!#piersmorgan #BBCBreakfast pic.twitter.com/1OFmgk202m

He was also pressed on the so-called “oven ready deal”, which has become a topic of much confusion this month.

Sit down for this one

Millions of you may disagree pic.twitter.com/qaOpJxcsJU

With just day left to secure a deal with the European Union the chances of a no deal now stand at 50/50, according to Irish premier Micheal Martin.

But according to Cleverly, the trade deal isn’t what Boris Johnson was referring to when he made his election pledge this time last year.

Is there an oven-ready deal?

With Brexit trade negotiations going to the wire Minister @JamesCleverly says it is ‘unambiguous’ that the Prime Minister was talking about the Withdrawal Agreement and not the trade deal.@piersmorgan | @susannareid100 pic.twitter.com/CztEu1eGRT

Reaction to his media round this morning has been far from complementary, leading to suspicions that it might be another year before we see him again!

Looking at James Cleverly’s latest embarrassments, is there a point at which they realise they’ve abandoned normality, like the Road Runner after running off a cliff. Or is it a slow frog-boiling with no moments of recognition? Or do they even notice how low they’ve been brought?