Sir Peter Bottomley, who represents Worthing West, said he opposes the sale “because I am a Conservative”. 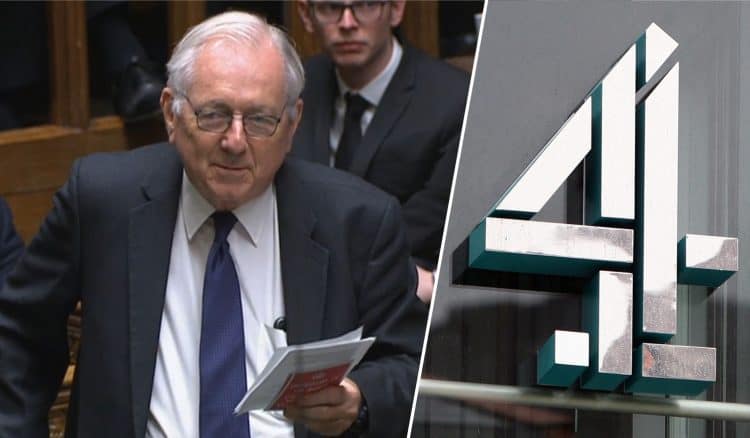 Divisions in the Conservative Party over the privatisation of Channel 4 are bursting into the open, with the plans likely to face a bumpy ride in Parliament.

Tory MP and Father of the House Sir Peter Bottomley told the PA news agency the House of Lords will take out any clause that privatises the network, and announced he will make a speech shortly after the Queen’s Speech in the Commons explaining why he deems the plans “unconservative”.

The Government confirmed on Monday that it will proceed with plans to privatise Channel 4, which has been publicly owned since it was founded in 1982 and is funded by advertising.

Culture Secretary Nadine Dorries said that while Channel 4 held a “cherished place in British life” she felt that public ownership was holding the broadcaster back from “competing against streaming giants like Netflix and Amazon”.

Plans for the sale will reportedly be set out in a White Paper later this month and will be included in a new Media Bill for next spring.

After the Government made the announcement, it became clear that privatisation plans were not sitting well, not only with media personalities but also with senior figures in the Conservative Party.

Sir Peter, who represents Worthing West he opposes the sale “because I am a Conservative”.

“I am a Conservative”

“And secondly, look at the number of people who view Channel 4 and its associated streams and compare that with the people using Netflix. Channel 4 wins hands down.”

Asked if the proposals will struggle to get through Parliament, he said: “The House of Lords will take out any clause that privatises Channel 4.

“And secondly, if you listen to one of the early speeches after the Queen’s Speech, it will be me. And I plan to explain why I regard it unconservative to propose this action to Parliament.”

Sir Peter insisted it will not be a Tory rebellion as it will be the Government “rebelling against the status quo”.

A Government defeat in the Commons looks unlikely given Boris Johnson’s working majority of 77, but it might be a different story in the House of Lords as there is no Tory majority in the upper chamber.

Sir Peter’s comments were echoed by Mr Green, who also branded the plans “unconservative” in a tweet on Monday.

He said: “The sale of Channel 4 is politicians and civil servants thinking they know more about how to run a business than the people who run it. Very unconservative. Mrs Thatcher, who created it, never made that mistake.”

Mr Knight questioned if the Government’s true motivation is rooted in a view that Channel 4 is too left-wing, as he tweeted: “Is this being done for revenge for Channel 4’s biased coverage of the likes of Brexit and personal attacks on the Prime Minister? The timing of the announcement 7pm, coinciding with Channel 4 news, was very telling…”

Former culture secretary Mr Hunt told Times Radio he is “uneasy” about the sale, adding: “I’m not against privatisation of big national monopolies. But I believe in competition.”

Senior Conservative MP Tobias Ellwood (Bournemouth East) shared a picture on Twitter, which said “David Attenborough thinks Channel 4 should remain publicly owned, share if you a agree”, and Tory peer Baroness Davidson tweeted the plans marked the “opposite of levelling up”.

He said: “I love Channel 4. I think it’s great, but I want a Channel 4 that can compete in what is a fast-changing landscape. I think we can all agree that since Channel 4 was created the media landscape has changed.

“You must think carefully about why could it be better off being sold, and the reason is that, to compete properly, it needs to be able to raise its own funds and capital, whether that’s debt or equity, to do that in a way that it can properly compete in a vastly changing media landscape.

“This will set Channel 4 free. It will still be, by the way, a public broadcaster like ITV. It will have a public licence. They will have duties under that.

“You know, ITV is a great British broadcaster too, but it has been privately held now for many, many years. And it’s growing stronger. It has been able to compete, I think, as a result of that more effectively.