The former Gogglebox star discussed her spiritual awakening on GMB this morning. 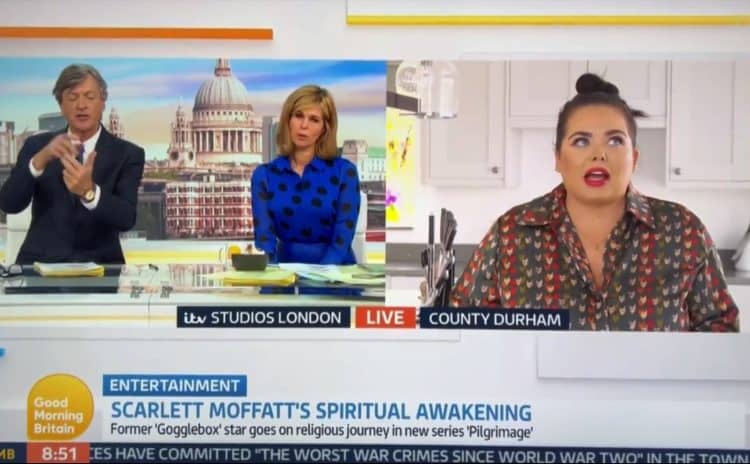 Scarlett Moffatt has revealed she had a spiritual awakening after participating in the BBC Two series Pilgrimage, and now describes herself as a Christian.

The former Gogglebox star joined Richard Madeley and Kate Garraway on Wednesday’s Good Morning Britain where she explained that she found herself ‘defending’ her beliefs during the filming of the programme.

Scarlett also admitted she is now “getting used to” being a Christian.

“It was really thought-provoking,” she told the presenters. “I am normally on my phone or chatting with my friends but I have taken the time to think now.

“Now I would say that I am a Christian. I am now still getting used to it. We went to live with some monks and we chatted about our beliefs and I found myself defending my religion and beliefs and then I thought that it must mean a lot to me.”

But it was the response of Madeley as he interrogated the star that got most people talking – and the look on Kate Garraway’s face!

Related: It’s not over yet: Channel 4 privatisation plans could face Tory revolt