The chancellor is an astounding 24 points less popular than he was just before the Spring Statement. 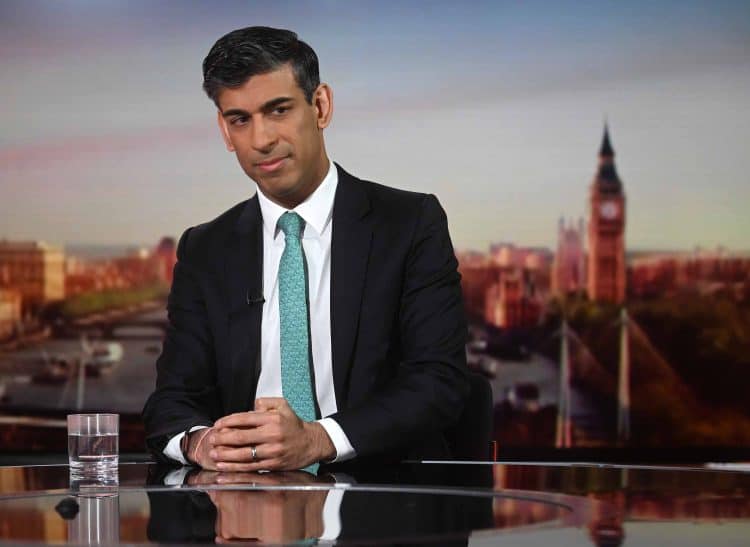 Rishi Sunak is less popular than Keir Starmer for the first time since the Labour leader took office, new polling has revealed.

The aftermath of the much-criticised Spring Statement appears to be having a devastating impact on the chancellor’s popularity with the British public, amid accusations that he has not done enough to support the poorest households through the cost-of-living crisis.

According to YouGov, Sunak’s popularity initially took a ten-point hit after the Spring Statement. Now, new polling has revealed another 14-point fall, meaning the chancellor is an astounding 24 points less popular than just before the statement.

Most Brits (57 per cent) now have an unfavourable opinion of Sunak, compared with just 28 per cent who view him in a positive light.

Having begun 2022 as the most popular politician in the country, it is a remarkable fall of grace for Sunak – who has now been leapfrogged by Starmer in the eyes of the public.

The Labour leader is currently sitting at a net favourability rating of -25, four points better off than the chancellor.

It comes just days after a regular ConservativeHome poll of Tory members’ ranking of the cabinet saw Sunak plunge into the bottom three. Just Ben Elliott and Priti Patel are less popular than the chancellor in the eyes of Conservative members.

The findings were based on a survey of 2,120 British adults on April 4-5, YouGov said.

It emerged this week that Sunak and his wife have donated more than £100,000 to Winchester College – one of the most expensive private schools in the country.

Sunak, a former head boy at the school, and his wife, Akshata Murthy, are jointly listed in the latest edition of the college magazine, the Wykeham Journal, as “Wykeham benefactors”. It means that they have made donations to the school, including pledges, totalling more than £100,000.

The donations fund bursaries for children whose parents would not otherwise be able to send them there. The disclosure, reported by Sky News, comes at a time when Sunak has been accused of being out of touch with ordinary families struggling with the cost of living.

He has faced criticism, including from some Tories, of not doing enough to help those on low incomes in last month’s spring statement.

A spokeswoman for the Chancellor said: “Rishi and his wife have donated to numerous charities and philanthropic causes for many years and will continue to do so.

“These donations are made to help fund scholarships for children who would not otherwise have the opportunity to go to Winchester.”

For Labour, shadow education secretary Bridget Phillipson said Sunak should end tax breaks for private schools like Winchester and use the money raised to invest in the state education system.

“Britain should have the best state schools in the world. But after 12 years of Tory neglect four in 10 of our children leave school without the qualifications they need,” she said.

“Rishi Sunak has already said that he is ‘maxed out’ on how much support he can give to our state schools, but he continues to hand out billions in taxpayer subsidies to elitist private schools.

“Labour would end the tax giveaway Rishi Sunak hands out to his old boys’ network and use the money to improve every state school instead, ensuring everyone leaves education ready for work and ready for life.”