“For three years, they did nothing except talk up their ‘Safe To Be Me’ conference. And now where are we? What a sickening waste.” 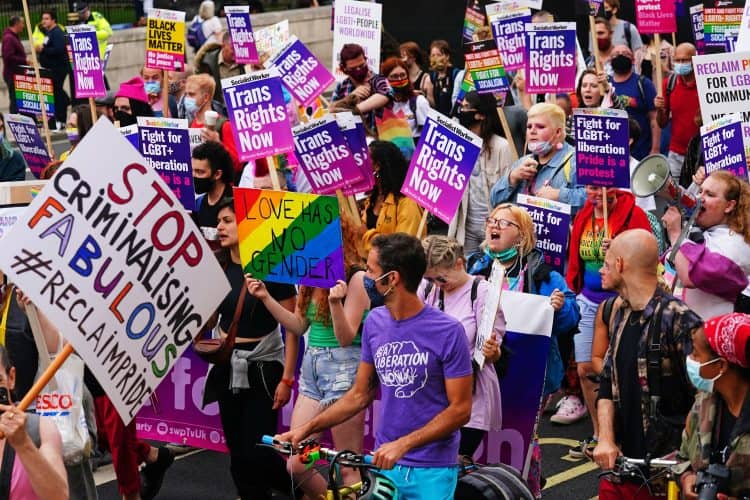 The government’s landmark international LGBT+ conference, due to take place in June, has reportedly been cancelled.

He is the latest in a series of high-profile individuals and groups to hit out at the government, with at least 100 organisations pulling out of the Safe To Be Me conference, planned to take place in London from June 29.

More than 80 LGBT+ groups and over 20 HIV groups said they would not take part in the global, UK-hosted conference unless Boris Johnson would revert to his promise for a trans-inclusive ban on conversion therapy.

Reacting to the event’s cancellation, Conservative MP Dehenna Davison tweeted: “We had such a huge opportunity to prove the UK (and the Conservative Party) is a defender of freedom.

“As a Conservative member of the LGBT+ community, it is so wrong it has come to this.”

For Labour, shadow attorney general Emily Thornberry said the cancellation of the conference was a “sickening waste”.

“For three years, I urged the government to use the opportunity they had as co-chair of the (intergovernmental) Equal Rights Coalition to take a global lead on LGBTQ+ issues,” she posted on Twitter.

“For three years, they did nothing except talk up their ‘Safe To Be Me’ conference. And now where are we? What a sickening waste.”

Consortium, the umbrella body for LGBT+ voluntary and community organisations, said it was a “sad day” but the blame for what happened lay solely with Downing Street.

“The implications of the international LGBT conference being cancelled is solely at the doorstep of No 10,” it said in a statement.

“LGBT+ organisations were left with no choice but to withdraw any support in order to stand in solidarity and partnership with our trans communities.

“This is a sad day but one where we must begin to change the narrative and look to build a country where every person can feel safe and live a life with dignity and respect.”

It is understood that the decision not to go ahead with the conference was taken by Foreign Secretary Liz Truss, who is also the Equalities Minister.

Last week, it was initially announced that ministers were scrapping plans to ban the practice, sparking a furious backlash.

A government spokesman confirmed that they were looking instead at ways of preventing it through existing law and “other non-legislative measures”.

However, within hours the prime minister was said to have “changed his mind” and a senior government source was quoted as saying legislation would be introduced.

The government then said it was committed to a legislative ban, but that separate work was required to “consider the issue of transgender conversion therapy further”.

Organisations then began to pull out of the event, with the Terrence Higgins Trust issuing a joint statement on behalf of 23 HIV organisations, saying they would also not be supporting or attending the Safe To Be Me conference.

Religious leaders including the former archbishop of Canterbury also wrote to Johnson urging him to include trans people in a ban on conversion therapy.

Posting on Twitter on Monday, the 37-year-old rallied against ministers’ plans to limit a ban on conversion therapy for gay people.

He said it was “wrong to exclude protections for a whole group of people from a practice described as ‘abhorrent’”.

On Tuesday, Anderson said it had been the honour of his life to serve as the UK’s first LGBT+ business champion, but felt he had “no choice” but to resign.

A government spokeswoman said: “We thank Iain for his contributions as LGBT business champion.

“The government has a proud record on LGBT rights and we remain committed to building upon that work with sensitivity and care.”