“I know many students who are extremely depressed, and stressed with online exams and have had little support." 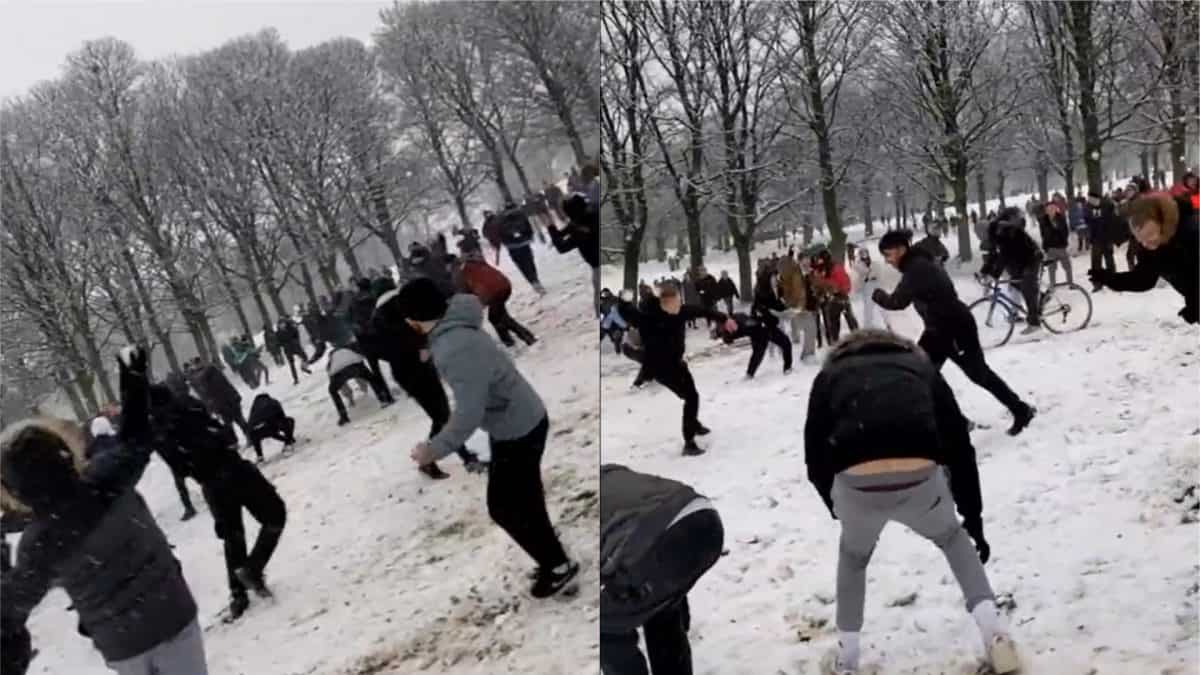 A university student has defended a snowball fight in Leeds which saw hundreds of young people break England’s lockdown rules, saying it was “a laugh people needed”.

The wintry gathering in Hyde Park on Thursday afternoon was organised on Facebook, but was widely criticised on social media amid concerns over coronavirus infections.

Footage shows many of those involved not appearing to social distance and the crowd was later dispersed by police.

Adam, a 20-year-old student who did not wish to give his second name, said students from various universities were involved and non-students also took part.

“I think a lot of people were just in the park anyway enjoying the snow and joined in,” he said.

“It was a very welcome relief… a welcome laugh that people needed.

“I know many students who are extremely depressed, and stressed with online exams and have had little support.

“Mental health is equally as important as physical health… so many young people and students really have nothing to keep them going at this point.”

He added that he understood complaints about the gathering, but felt the risks of transmitting coronavirus had been low.

However, many condemned the display, noting that Leeds General Infirmary is just a short distance from the park.

“I know this is a students area but anyone can catch this virus and this seems pretty disrespectful to all the hard work going on (at Leeds Teaching Hospitals NHS Trust),” tweeted @Ant8Johnson8.

Lockdown rules in England say people can only leave home for a limited number of reasons, including exercise – but only with the same household, support bubble or one other person at a two-metre distance.

Related: We should take time to understand anti-vaxxer’s concerns, rather than just lament them