"Measures are being taken to ensure this does not happen again." 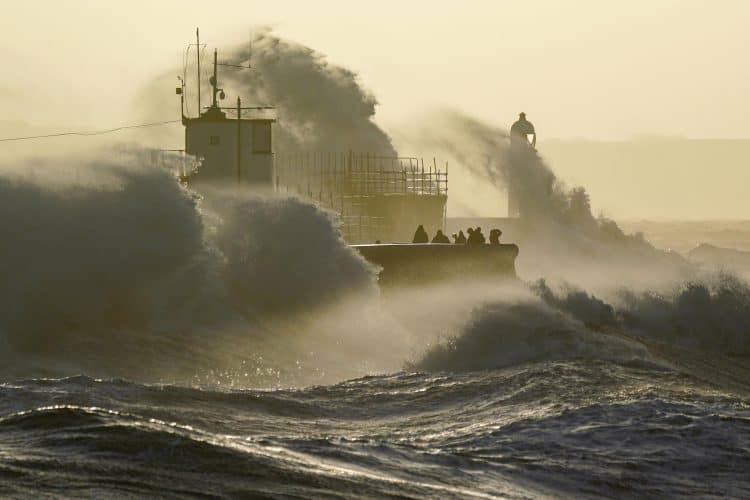 Just when you thought it was over Storm Franklin is set to strike the UK just days after Storm Eunice destroyed buildings and left 1.4 million homes without power.

The Met Office has issued an amber warning for wind which could cause “travel delays, road and rail closures, power cuts and the potential risk to life and property” in Northern Ireland from midnight until 7am on Monday.

Milder yellow warnings for wind cover England, Wales and the south-western edge of Scotland for midday until 3pm on Sunday, and for the same period on Monday.

Environment agencies have also issued hundreds of alerts for flooding across the UK, and the North West is expected to be worst hit by up to 80mm of rain.

Storm Dudley also hit parts of the UK last week, and meteorologist Becky Mitchell said three named storms in such quick succession is a first since the system was introduced seven years ago.

Transport chiefs have apologised for a social media post comparing the changing winds of Storm Eunice to a woman’s personality.

The Isle of Man Infrastructure Department advised that a road closure would not go ahead on Friday in light of new forecasts.

It ended the message with: “Like most women Eunice changes her mind what she’s doing”.

In a follow-up message they said it was “aware of a message posted on this page, and subsequently deleted, which fell below the standards expected of our organisation”.

“Measures are being taken to ensure this does not happen again.”