“These revelations raise serious national security questions about the cash-for-access culture that Boris Johnson has created at the heart of government." 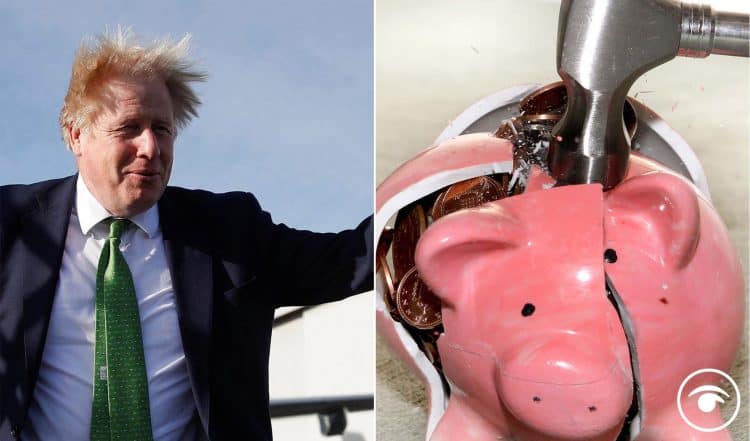 A further 18 companies were given so-called “VIP lane” access in the rush to supply the UK with an adequate amount of personal protective equipment (PPE) during the first Covid-19 wave, according to a campaign group.

The Good Law Project said it had been leaked information which suggested the additional firms, which are on top of the 50 acknowledged by the Government, were awarded contracts worth almost £1 billion without competition.

Deputy Labour leader Angela Rayner called for ministers to “come clean” and declare whether they had “misled Parliament” over the additional 18 contracts that Good Law says it has uncovered.

In return for a £250,000 donation to the Conservatives, multimillionaires are being ushered into the heart of government as part of a secret ‘advisory board’

The article by Gabrel Pogrund and Henry Zeffman will send shockwaves through Westminster.

The Sunday Times reports that property tycoons, hedge fund managers, and a Russian banker are among a secret club of donors to be given access to government.

The board has 14 regular members, most of whom have given at least £250,000 to the Tory Party as part of a supposedly “transactional arrangement”, the newspaper says.

The members of the board have a combined wealth of at least £30 billion when their companies and families are taken into account.

In total the group, which includes four billionaires, have donated £22 million to the Tory Party, £10 million of which came under Mr Johnson’s leadership.

Anneliese Dodds, chair of the Labour Party, said: “These revelations raise serious national security questions about the cash-for-access culture that Boris Johnson has created at the heart of government.

“Boris Johnson must explain what donors with links to Putin’s Russia got in return for their six-figure annual membership fee and clarify whether these meetings had any impact on government policy at the height of the pandemic.”

Pipa Crerar tweeted the article and wrote: “They suggest donors got more than ‘just’ access but contact details of ministers that some used to lobby directly on Covid strategy/ procurement help and advice applying for public appointments lucrative public contracts approved by ministers and honours signed off by PM.”