The Russian president's megalomaniacal tendencies are on display "like never before", Andrew Roth says. 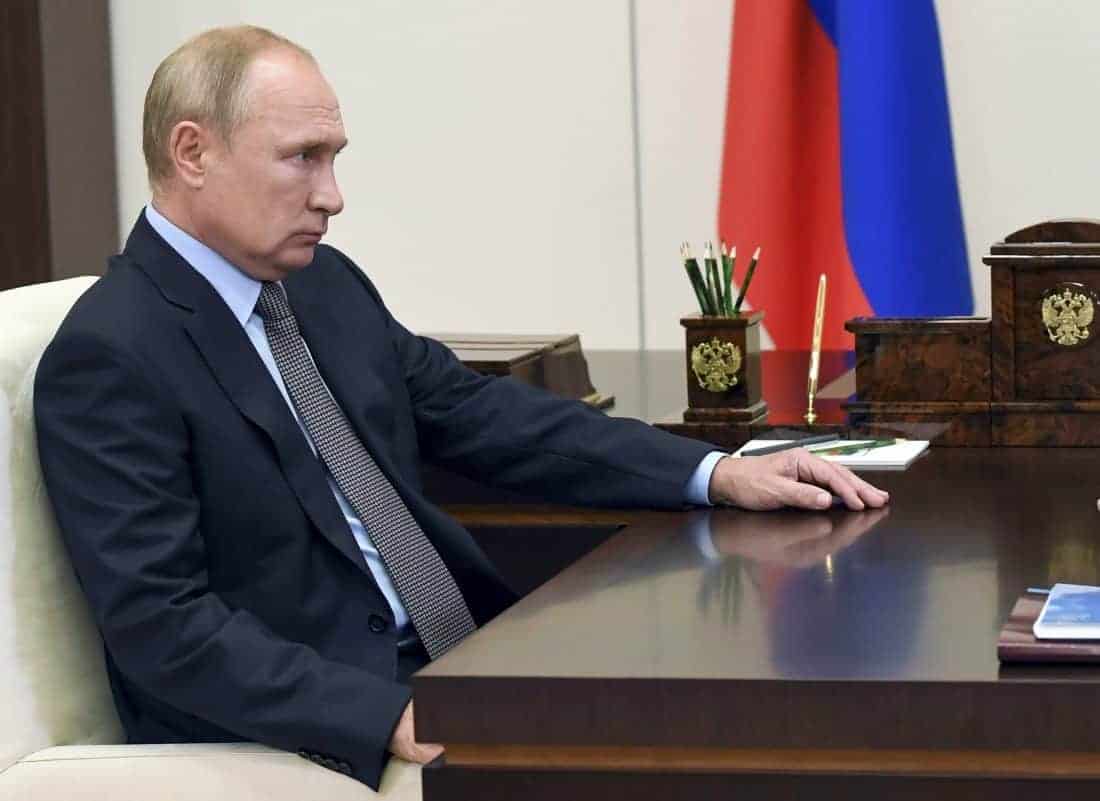 Vladimir Putin gave “one of the most bizarre speeches of his 22 years as Russian leader”, the Guardian’s Andrew Roth has reported today.

The president addressed Russian citizens via a live TV broadcast, confronting his enemy in a speech that put his megalomaniacal tendencies on display “like never before”

“Once again I speak to the Ukrainian soldiers,” he said.

“Do not allow neo-Nazis and Banderites to use your children, your wives and the elderly as a human shield.

“Take power into your own hands. It seems that it will be easier for us to come to an agreement than with this gang of drug addicts and neo-Nazis.”

The unhinged appearance has raised questions of whether he remains a rational leader.

“Despite Crimea and everything else, Putin had always seemed an extremely pragmatic leader to me,” Tatyana Stanovaya, the founder of R.Politik told the Guardian.

“But now when he’s gone in this war against Ukraine, the logic in the decision is all about emotions, it’s not rational.”

According to reports, Ukrainian citizens are becoming “less and less” scared as the country’s armed forces fight with Russian soldiers on the outskirts of the capital.

While seeking shelter in a basement, 35-year-old Mykhailo, who declined to share his surname, told the PA news agency he had previously fled Sevastopol, Crimea, in 2014 after Russia annexed the region.

The UK Ministry of Defence said on Saturday that the Ukrainian military had “put up (a) staunch resistance”, adding that Russian casualties are “likely to be heavy and greater than anticipated”.

“We are prepared and ready”

Describing the prospect of further military action in coming days, Mykhailo, a software developer, said: “It’s going to intensify, no doubt about it. Nevertheless, I’m scared less and less.

“I do have clear instructions on what and how to do in case. Kyiv’s territorial defence forces, national guard, regular army, police, special forces are doing (a) great job. To sum up: we are prepared and ready.”