There have been mass protests in Bolivia, Lebanon, Chile, Spain, Hong Kong and Britain over the past week. 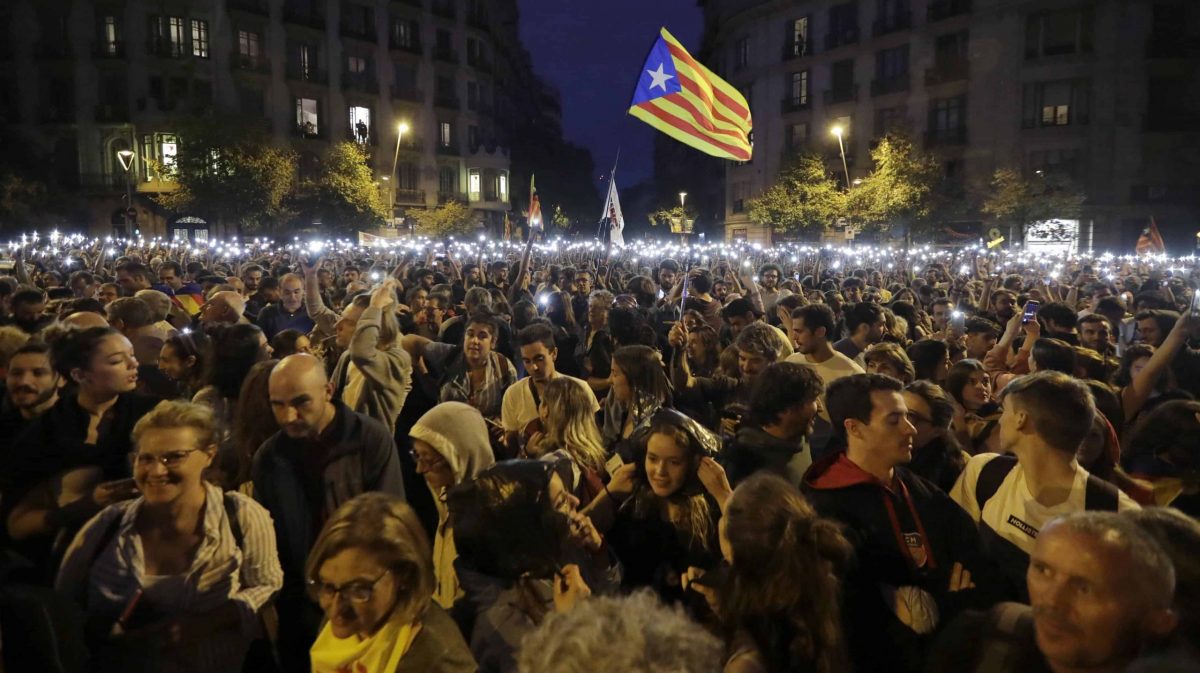 The People’s Vote march to Westminster kicked off a week of mass protests this week as campaigners across the world took to the streets.

Effigies of the Prime Minister, and pets draped in EU flags were spotted on a so-called Super Saturday in London as hundreds of thousands of second referendum supporters descended on Parliament.

It comes as rioting, arson attacks and violent clashes wracked Chile as the death toll rose to 15 in an upheaval that has almost paralysed the country.

Unrest flared in the traditionally stable country last week when a relatively minor rise – less than 4 per cent – in subway fares led to students jumping station turnstiles in protest.

The defiance exploded into violence with demonstrators setting fire to subway stations, buses and a high-rise building.

In Hong Kong, authorities were forced to withdraw an unpopular extradition bill that sparked months of chaotic protests that have morphed into a campaign for greater democratic change.

The long-expected scrapping of the bill was overshadowed by the drama surrounding the release from a Hong Kong prison of the murder suspect at the heart of the extradition case controversy.

And Bolivia was hit by protests which were sparked after there was a sudden jump in the vote tally for President Evo Morales.

Rioting was reported in several of Bolivia’s nine regions.

In Lebanon, hundreds of thousands thronged public squares in the largest protests the country has seen since 2005, unifying an often divided public against leaders who have ruled for three decades and brought the economy to the brink of disaster.

Ditching party flags and carrying only Lebanese flags, they flooded streets in Beirut, the northern city of Tripoli and cities, towns and villages near the southern border with Israel and along the Syrian border in the east.

Mayor Ada Colau said that “this cannot continue. Barcelona does not deserve it”.

Related: Daily Mail readers’ responses to 39 people who died in lorry is shocking