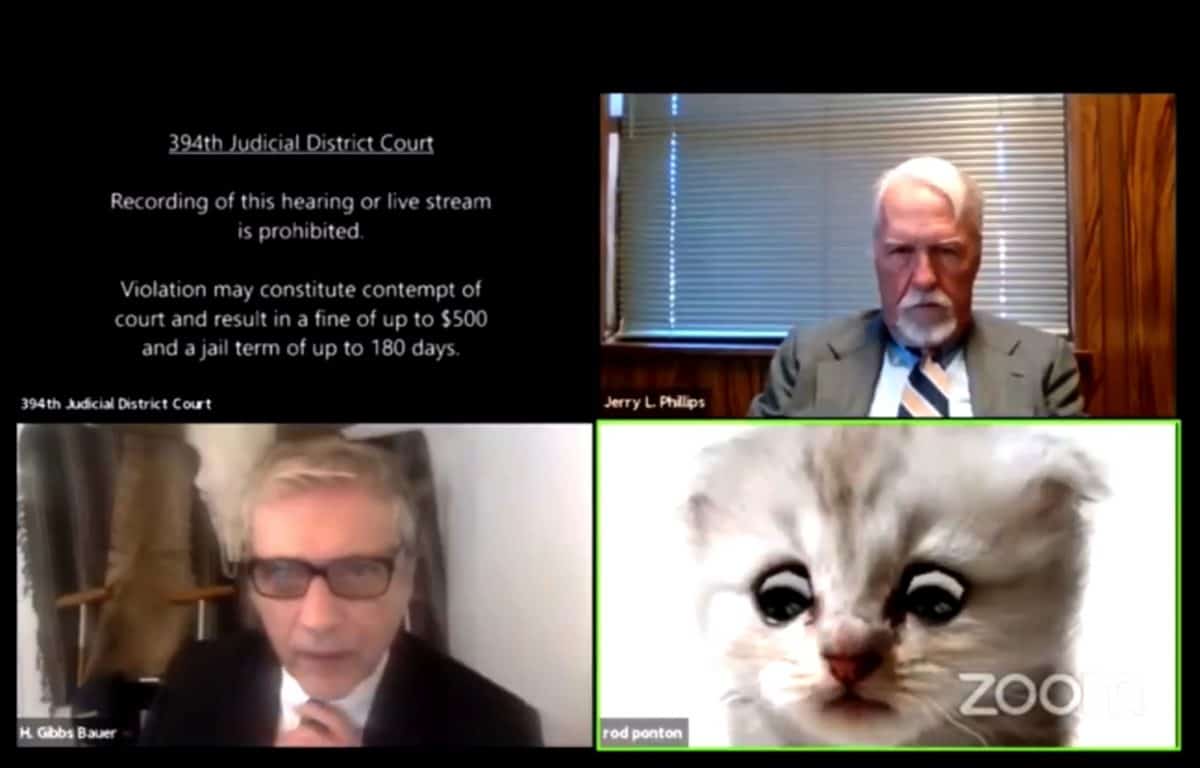 Following the Jackie Weaver shenanigans a lawyer in Texas has taken social media by storm after he logged in to a virtual court case with a cat filter turned on.

Appearing before Judge Roy Ferguson, Rod Ponton was audibly distressed by a Zoom filter that had been left on by his child who had used the computer before him.

The fluffy feline filter remained turned on during the opening remarks as Ponton struggled to remove it, saying:

Eventually Mr Ponton asked the judge if the proceedings could continue.

The video ends before it is revealed whether the filter was removed, but Judge Ferguson offered an important warning to anyone else who appears before his bench.

IMPORTANT ZOOM TIP: If a child used your computer, before you join a virtual hearing check the Zoom Video Options to be sure filters are off. This kitten just made a formal announcement on a case in the 394th (sound on). #lawtwitter #OhNo @zoom_ushttps://t.co/I0zaj0wu6K

“I can see that,” responds judge pic.twitter.com/HclKlAUwbM