The former director of communications opens up about mental health ahead of the publication of his next volume of diaries. 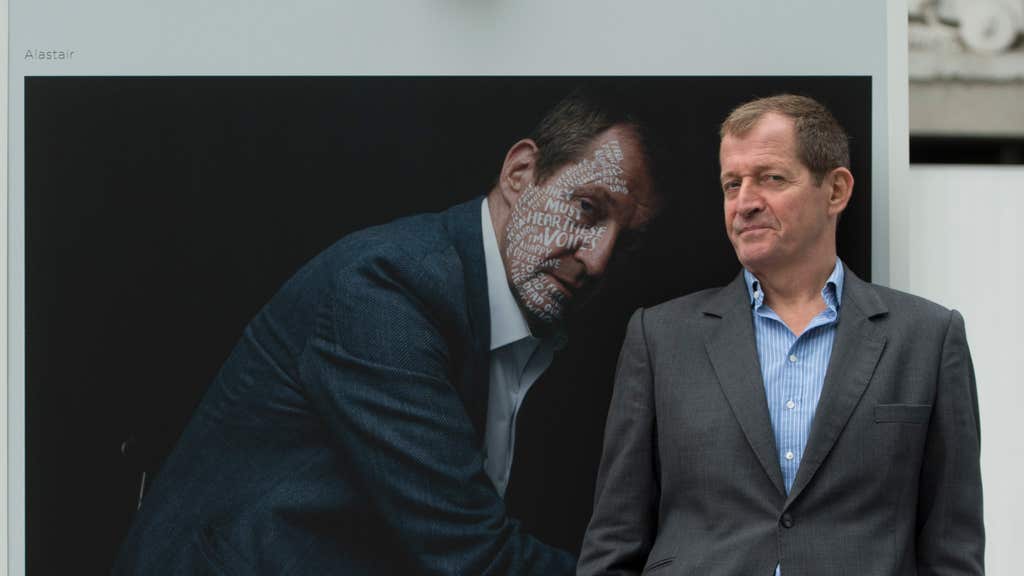 For Alastair Campbell, each morning begins with a number from one to ten. Referring to it as his ‘depression scale’, the day ahead depends almost entirely on that initial score.

Speaking to TLE, the former director of communications shed light on the impact of his battle with depression ahead of the publication of his next volume of diaries.

He said: “Most days when I wake up, I ask myself what number I am. It’s become a sort of reflex thing that I do now.

“Today was interesting, for example, because I couldn’t decide whether I was a five or a six, which is not great.”

Campbell explained that a score of five is when he begins to get anxious, while the space in between six and seven is a signal to stay indoors. A score of ten is on the brink of suicidal.

The former spokesman for Tony Blair described having had a “manic spell” during lockdown, as well as two “quite bad” episodes of low mood.

He also spoke of his inability to be able to see when a spate of low-mood would end, especially if it is long lasting.

He said: “When a low mood spell gets beyond a few days, the worst thing is not being able to see when it ends.

“Intellectually, because I’ve got the experience of it, I know it will end, and I’m confident in myself that I would never get to a score of ten and take my own life.

“But at the same time, when it’s happening, it’s just horrible. When you’re looking at a day ahead when you’re feeling like that, it’s awful.

“The one thing I wish I could do when an episode starts is to be able to get to the other side more quickly.”

For Campbell, the worst part of his depression is the feeling of exhaustion when carrying out simple, everyday tasks.

He said: “I find the worst thing is that the things you normally take for granted are what you would normally be able to do as they’re very straightforward.

“With depression, they become exhausting.”

A constant sense of entrapment

Asked about what lies behind his depressive episodes, Campbell said: “I tend to overthink it after it’s happened – I honestly don’t know.

“I’ve been through a lot, especially with my psychiatrist, and he spots things that I don’t necessarily.

“There’s no doubt there was a period when I think a lot of my depression was to do with work. Not necessarily when I was working in Downing Street, but afterwards, when I couldn’t quite leave.

There was a time during Campbell’s depressive episodes that his psychiatrist asked him to record his dreams in an attempt to indicate the cause of his depression.

“I was never big on dream analysis until I actually did it. There were two things that were really interesting: first, if you write down your dreams, it’s amazing how much you remember of them.

“Second, there was a constant theme running in my dreams: a sense of being trapped and also striving, but getting nowhere.

“It’s like swimming in mud and being able to see where I’m swimming to, but not making progress.”

Campbell explained that a diagnosis of depression was something that began to make coming to terms with his state of mind easier.

Asked whether he at all struggled to accept it, he said: “Not at all. I think I recognise that I had undiagnosed depression for a very long time, and maybe dealt with that through alcohol and work.

“It could be the fact that I’m older now, but it’s a fact that the really intense spates of depression have been fewer than they used to be.”

With the coronavirus pandemic having plunged much of us into entrapment, Campbell explained how lockdown has reinforced the importance of having something to look forward to.

He said: “I think I’ve really appreciated during lockdown just how important it is to have things in the diary.

“Whereas during normal times we have plenty of things to do, lockdown has taken it away and shows us that actually we’ve got very little to do at all in terms of activity.

“I’ve definitely taken some positives out of it. I was lucky in a way that as we were going into lockdown, I was on the point of publishing a book on depression.

“Then it was disappointing because of course when the book came out, although it’s done well, I’ve not been able to do what you normally do with a book, such as big events.

“So, I’ve found myself lowering my sights in terms of what you should look forward to, and adapted around that.”

Asked about whether events, such as the government’s handling of the pandemic, exacerbate the feelings of hopelessness commonly associated with depression, Campbell replied: “Totally.”

“I’ve pretty much stopped listening to the news. I dip in and out, but if the radio is on downstairs, I just turn it off.

“The reason feeling hopeless is such a difficult concept for someone who’s feeling depressed is because it has two meanings: you’re f***ing hopeless, in that you can’t do anything, and you’re devoid of hope.

“When I look at the current situation, part of me just thinks: how have we gotten into this situation?”

No government strategy for mental health

Campbell spoke of his hope that the start of the pandemic could mark a change in the way mental health is approached.

He said: “When the pandemic started, I wondered whether this could be what finally flips the lens on mental health and starts to look at it in a different way.

“I don’t have the sense of the government having a strategy for it at all. They very rarely talk about it.

In a co-signed letter to the Evening Standard, campaigners and experts have called on ministers to “fundamentally rethink priorities” amid a burgeoning children’s mental health crisis sparked by the pandemic.

“I think that if we could somehow use the pandemic as the pivot to say that we have to think about mental health in a different way, then I think we could get to a place where we start to recognise that the government has to do more, but so do employers and we as individuals.

“So, I don’t think I trust this government enough to think that they would know how to implement a mental health strategy, which is why I think there is an awful lot we can do ourselves.”

The importance of openness

Asked about what those struggling with their mental health during the pandemic can do, Campbell said: “Be as open as you can be.”

He added: “Don’t feel any shame about telling people. I know for some people in the workplace that might be difficult.

“As part of that openness, I think it’s important to try and recognise the inevitable feelings of isolation you have.

“Try and take comfort from the fact that there’s loads of us in lockdown, who will probably be feeling the same way.

“It’s also important to really try and understand the link between mental and physical health. Try and stay fit. Try and stay healthy. Do exercise, do try and eat well.”