The peer called for the EU to adopt a “different spirit” in order to ease the “more than bumpy” relationship. 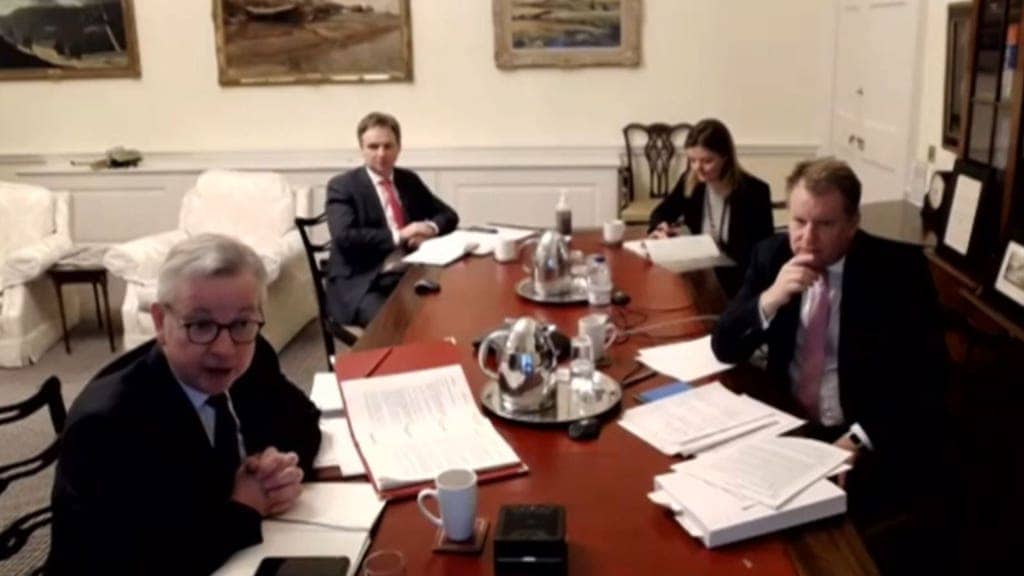 Chief Brexit negotiator Lord Frost has blamed the severely strained tensions with the European Union on Brussels struggling to accept a “genuinely independent actor in their neighbourhood”.

The peer on Tuesday called for the EU to adopt a “different spirit” in order to ease the “more than bumpy” relationship since the end of the transition period this year.

Cabinet Office minister Michael Gove compared the situation to the “increased level of turbulence” at the take-off of a flight but said he was confident the two sides will reach the “gin and tonic and peanuts stage”.

Shortages on some food products have been experienced in Northern Ireland, businesses have struggled with red tape and Brussels recently threatened to override part of a post-Brexit agreement on the region to impose controls on coronavirus vaccines.

Lord Frost said: “I think the EU is still adjusting somewhat, as we thought they might, to the existence of a genuinely independent actor in their neighbourhood.”

The trade deal negotiator listed “niggling border issues”, such as Brussels’ decision to place barriers on live UK shellfish exports, and a likely request to delay ratifying the deal.

“I think it’s been more than bumpy to be honest in the last six weeks.

“I think it’s been problematic,” he told the Lords European Union Committee.

“It is going to require a different spirit probably from the EU but I’m sure we are going to see that and see some of this subside as we go forward.”

Mr Gove adopted an aeronautical analogy, saying that flights can experience an “increased level of turbulence” at take off.

“But then eventually you reach a cruising altitude and the crew tell you to take your seatbelts off, and enjoy a gin and tonic and some peanuts,” he added.

“We’re not at the gin and tonic and peanuts stage yet but I’m confident we will be.”

Mr Gove will meet European Commission vice president Maros Sefcovic in London on Thursday to discuss the problems faced in Northern Ireland as a result of the new trading arrangements.

The Northern Ireland Protocol was designed to prevent a hard border with Ireland but has resulted in additional checks for goods crossing from Great Britain to Northern Ireland.