Richard Ratcliffe said it is ‘lovely’ to have his daughter, Gabriella, back home. 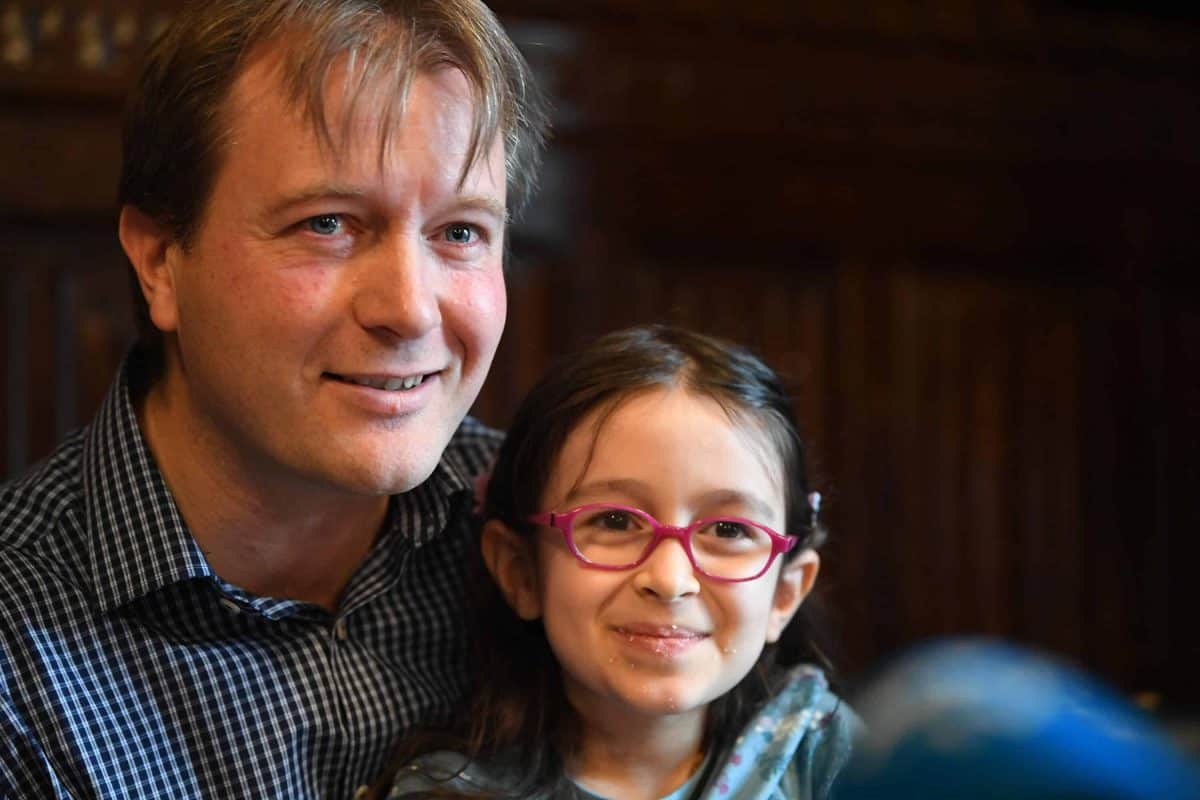 The husband of a British-Iranian woman jailed in Iran has said his family has been caught in a “gun fight” between the two countries.

Richard Ratcliffe was reunited with his five-year-old daughter in the UK on Thursday night after three- and-a-half years apart.

Gabriella Zaghari-Ratcliffe has been living with her grandparents in Tehran since her mother, Nazanin, was arrested.

Mr Ratcliffe said it is “lovely” to have Gabriella home but that his wife is “distraught” as she remains in prison in Iran.

“I spoke to Nazanin yesterday and she was reasonably distraught,” he told reporters at Westminster on Friday.

“One of the things she really didn’t want to happen was her daughter to leave while she was still in prison.”

Mr Ratcliffe said there is a “real risk” that his wife’s mental and physical condition will deteriorate now that her support – Gabriella – has left.

He called on Prime Minister Boris Johnson to secure the release of his wife.

“We looked at him (Boris Johnson) once before to be our hero and now he’s got the chance.”

Mrs Zaghari-Ratcliffe was arrested in April 2016 and sentenced to five years in jail after being accused of spying, which she vehemently denies.

Mr Ratcliffe said his family has been caught up in a “gun fight” between the two countries.

“We shouldn’t be involved in it.”

He said of Gabriella: “She’s been very brave. She told Mummy she will see her back in London.”

Labour’s Tulip Siddiq has claimed that the UK’s £400 million debt to Iran is keeping Mrs Zaghari-Ratcliffe in jail.

“Nazanin and her family have been told by revolutionary guards that the debt is linked to her imprisonment,” said the Hampstead and Kilburn MP.

The debt is linked to a sale of tanks that happened years ago, she added.

Ms Siddiq said that, while she does not advocate the UK paying to release hostages, the money is not an exchange for Mrs Zaghari-Ratcliffe’s release, but a debt that needs to be paid.

She urged the UK Government to do “everything it possibly can” to bring Mrs Zaghari-Ratcliffe home after the Australian government secured the release of dual British-Australian citizen Jolie King and her Australian boyfriend, Mark Firkin.

The couple returned to Australia in early October, some three months after being arrested in Iran.

Foreign Secretary Dominic Rabb said the situation is one that no parent should have to face.

“Gabriella is an innocent child and should be able to go to school and be with both her parents,” he said in a statement to the PA news agency.

“We continue to urge Iran to release Nazanin immediately so the family can be reunited in the UK.”