Hugh Grant had some very choice words for Priti Patel

It is safe to say that actor Hugh Grant is not a fan of Priti Patel as he made his comments on social media. 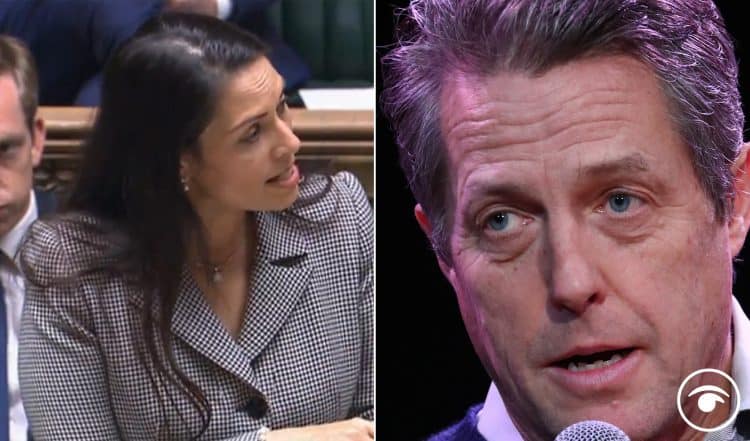 He posted a photograph of long queues at Heathrow Airport immigration, which he branded “a disgrace and inhumane”.

Grant wrote: “Dear Visitors to the UK, I apologise for the way you are treated on arrival. Terminal 3 Heathrow just now was a disgrace and inhumane. I’m afraid we have the worst Home Secretary in British history.”

When asked for more detail with regards to the photo, Grant responded: “It’s a queue for immigration control. Which is staffed and run by the Home Office. We’re not allowed to call Brexiteers thick but it’s a struggle sometimes.”

His comments come as UK aviation minister Robert Courts told MPs that it was “not likely” that Brexit was to blame for the crippling staff shortages blighting airlines and airports.

But easyJet chief executive Johnn Lundgren told the Independent: “The pool of people is smaller, it’s just maths. We have had to turn down a huge number of EU nationals because of Brexit.”