“What back-up checks were done?” 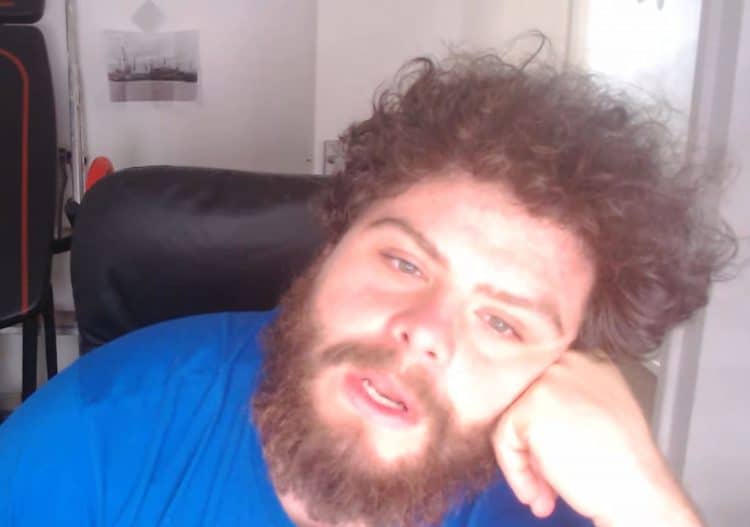 Labour says police have questions to answer over how a gunman obtained a firearms licence and went on a rampage as more tributes poured in for the victims of the killing spree.

Sir Keir Starmer also said there may need to be a review of gun laws in the wake of Jake Davison shooting dead five people in Plymouth before turning the weapon on himself.

The Labour leader welcomed the launch of the investigation into how Davison had his gun licence returned after it was previously removed, but said the case raised wider issues.

“I think there are wider questions.

“How on earth did he get a gun licence in the first place?

“What back-up checks were done?” he added.

“I am glad there is the investigation already into why the licence was returned.

His comments come as Home Secretary Priti Patel paid her respects to the victims of the mass shooting in Keyham by placing a floral tribute near to the scene.

Ms Patel, who was joined on her visit on Saturday by Devon and Cornwall Police chief constable Shaun Sawyer and local Labour MP Luke Pollard, then spoke to members of the local neighbourhood watch team.

Speaking at a park nearby she said: “It’s tragic beyond words, really, really tragic, for a range of reasons, and obviously for those involved.”

Hundreds of people attended a candle-lit vigil close to where the incident on Friday night in an outpouring of grief for the victims.

Meanwhile, a probe is under way into Davison’s possession of a shotgun and a firearms licence, which were returned to him after being removed at the end of last year.

The Independent Office for Police Conduct (IOPC) said on Friday evening it had launched an investigation following a mandatory referral from Devon and Cornwall Police which contains preliminary information that Davison’s firearm and licence were returned to him in early July this year.

The certificate and shotgun had been removed by police in December 2020 following an allegation of assault in September 2020, the watchdog said.

According to reports, Davison’s firearms licence was returned after he attended an anger management course.

IOPC regional director David Ford said the referral related to Thursday’s events as well as “police contact with Jake Davison prior to the incident, including the force’s role and actions regarding firearms licensing”.

Why do you need a gun?

It will also look at whether the force had information concerning Davison’s mental health and if this was “appropriately considered”.

No investigation will take place into the force’s response to the shootings.

Plymouth City Council leader Nick Kelly said that the investigation could reveal wider issues around the scrutiny given to people who are granted firearms licences.

He said: “My own view with regards to guns is I think why do you need a gun in the first place?

“If there’s a very legitimate reason, well I would not want to take guns away from everybody, but I think gun crime in Plymouth is unheard of, perhaps nationally there’s more of an issue.

“We just need to review it, look at the facts in this specific case and hopefully if tighter legislation is required that will be forthcoming.”

Davison shot his 51-year-old mother Maxine Davison, also known as Maxine Chapman, at a house in Biddick Drive before he went into the street and shot dead Sophie Martyn, aged three, and her father Lee Martyn, aged 43, in an attack witnessed by horrified onlookers.

He killed Stephen Washington, 59, in a nearby park before shooting Kate Shepherd, 66, on Henderson Place.

She later died at Derriford Hospital.

Davison also shot two local residents, a man aged 33 and a 53-year-old woman, who are known to each other, in Biddick Drive, who suffered significant injuries but which are not believed to be life-threatening.

Prime Minister Boris Johnson called for the issue of how Davison came to legally own a gun to be “properly investigated” and described the shooting as an “absolutely appalling” incident.

A large police presence remains in place at the cordons in Keyham, with streets in the area still closed.

Flags in Plymouth are being flown at half-mast following the atrocity while Smeaton’s Tower was lit up as a mark of respect to the victims on Friday night.

A minute’s silence will be held on Monday at 11am and books of condolence are available for the public to sign at several locations.

Devon and Cornwall Police said they received multiple calls about the incident at 6.11pm, with armed and unarmed officers arriving at the scene within six minutes and Davison found dead by 6.23pm.

It is believed the mass shooting, which police are yet to establish a motive for, began with a “domestic-related incident” between Davison and his mother.

Social media posts and interactions offered insight into the mind of a man who was interested in guns and America, while his social media use suggests an obsession with the “incel” culture, meaning “involuntary celibate”, a culture which has amassed a following online among some men who feel they are being oppressed by women due to a perceived lack of sexual interest.