"To expel such a fine socialist who has done so much to further the cause of socialism is a disgrace," said John McDonnell 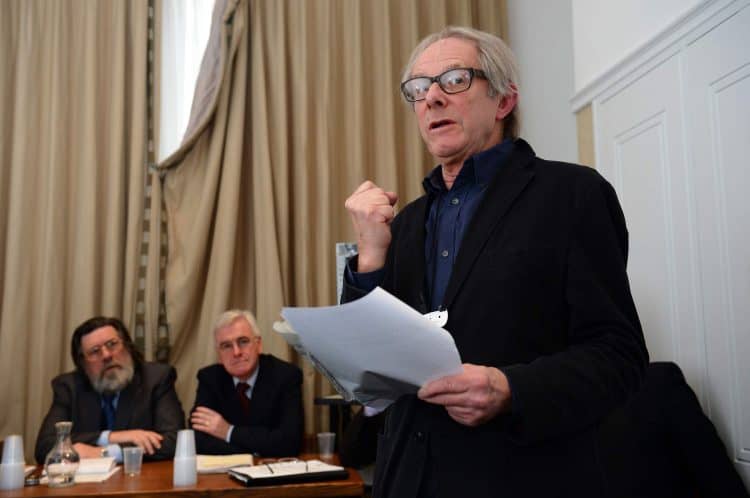 Veteran leftwinger and filmmaker Ken Loach has said he has been expelled from the Labour Party in a “purge” of critics of the leadership.

Loach, 85, a life long socialist, said he had been ejected after he refused to “disown” other critics from the Labour left who had already been removed.

The move comes after the party last month expelled four associated groups on the grounds that they were “not compatible” with Labour values.

They included groups which had been critical of Sir Keir Starmer’s efforts to tackle anti-Semitism within the party’s ranks.

In a defiant series of tweets, Loach insisted that the “clique” around the Labour leader would never ultimately prevail.

“Labour HQ finally decided I’m not fit to be a member of their party, as I will not disown those already expelled,” he said.

“Well, I am proud to stand with the good friends and comrades victimised by the purge.

“There is indeed a witch hunt.

“Starmer and his clique will never lead a party of the people.

“We are many, they are few.

Loach, a supporter of former leader Jeremy Corbyn, has long expressed his socialist ideals through films such as Kes, I, Daniel Blake and Sorry We Missed You.

This is a disgraceful act by Keir Starmer. Ken Loach has done more to raise & campaign against the social injustices of capitalism than Starmer EVER will# StandWithKenLoach https://t.co/nmKAXdXz8W

Ken Loach being expelled from the Labour Party surely is the last straw for anyone who actually is a socialist. Keir Starmer is a disgrace and should be expelled himself.

A party that can expel Ken Loach cannot expect my vote

Out of respect to a true socialist, Ken Loach, I will never vote for the Labour Party again. If he's not fit for the party then neither am I.

In any other country Ken Loach would rightly be revered. The cabal now running the Labour Party are frankly a disgrace and an utter embarrassment. @KenLoachSixteen @UKLabour https://t.co/Y2nqFcVX4d

There’s only one appropriate response to that shocking news.
Solidarity with Ken Loach. pic.twitter.com/WaaJSQ2TVo

Shame on Labour. What kind of party removes Ken Loach – such a lovely man who's fought for the many, using all of his amazing creativity, for his whole life.

What decent person can stay in Labour now.

Thank you for all you do for us Ken❤️ pic.twitter.com/fgR4gbcoDl

To expel such a fine socialist who has done so much to further the cause of socialism is a disgrace. Ken’s films have exposed the inequalities in our society, have given us hope for change & inspired us to fight back. I send my solidarity to my friend and comrade @KenLoachSixteen https://t.co/GboZLrcVYK

What kind of people would remove someone of Ken Loach’s immense calibre from the Labour Party?

I just heard that Kier Starmer expelled Ken Loach from the Labour Party. I hope this is fake news. If not, all he managed is to expel Labour's soul, leaving behind an arid, soulless Labour Party – one that is even poorer than under Blair and his fellow war criminals.

Ken Loach’s movies on the

All have the same message. Love. Love, empathy, unity & unwavering support for the weak. He is the very best of us. A force for good in this world.

Ken Loach out, Trevor Philips in. What a state of affairs. https://t.co/H6h9A5gXPD

Some people did back Labour’s decision though

Good. Admire your films but you have spent most of your life fighting the Party and it's candidates.

Ken Loach is (was) a very recent member of the party who opposed it in 2015 election & doesn’t share its values. He’ll be happier outside and, far more important, Labour voters who were appalled by the extremism, antisemitism & disrepute of the Corbyn era will be reassured. https://t.co/408mxb1eQF

Reminder: This has nothing to do with his films
He left the Labour Party in the 90s
He joined Respect and Respect Renewal, he supported TUSC and Left Unity in 2010 and 2015
He should never have been accepted back into membership
He can know how back to his political friends pic.twitter.com/SKXoIeLYCR

Related: ‘They are the few:’ Ken Loach slams Labour as he is booted out of party