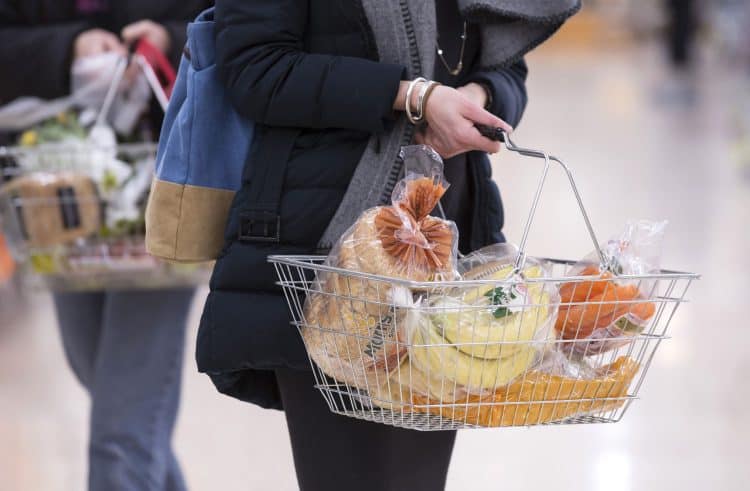 Plans to reverse the £20 uplift in Universal Credit will go ahead at the end of the month, the Health Secretary has confirmed.

The weekly increase was introduced temporarily to help claimants weather the storm of the coronavirus pandemic.

But ministers plan to start phasing out the increase from the end of September, based on individual claimants’ payment dates.

And despite opposition, Sajid Javid said plans would go ahead.

Speaking on Trevor Phillips On Sunday on Sky News, the former chancellor said: “The increase, which was temporary, will be ended as planned at the end of this month.”

#Phillips – Are you going to cut universal credit by £20 a week?

Sajid Javid – "We are going to end the temporary increase in universal credit… the increase will be ended at the end of this month."#marr pic.twitter.com/bPi9krQXuH

Recipients could lose £1,040 annually if the Prime Minister goes ahead with the cut.

Mr Javid said: “We are going to end the temporary increase in Universal Credit.”

SNP members backed a call for the UK Government to abandon “cruel and frankly irresponsible” plans.

The party’s conference overwhelmingly backed a motion urging Government ministers to not end the boost.

Meanwhile, analysis from Labour suggests the cut would take £2.5 billion from the economies of the North of England and the Midlands.

The party will call a vote on the planned cut as part of an opposition day debate in the Commons on Wednesday.

However, Chancellor Rishi Sunak has previously denied that ending the uplift would push more people into poverty.

A Government spokesman said: “As announced by the Chancellor at the Budget, the uplift to Universal Credit was always temporary.

“It was designed to help claimants through the economic shock and financial disruption of the toughest stages of the pandemic, and it has done so.

“Universal Credit will continue to provide vital support for those both in and out of work, and it’s right that the Government should focus on our Plan for Jobs, supporting people back into work and supporting those already employed to progress and earn more.”

The heirs of the late sixth Duke of Westminster paid no inheritance tax on the bulk of his £8.3bn family fortune following his death in 2016

£4 billion in taxes were not collected!

Jacob Rees-Mogg telling 5.5ml people who are losing £20 a week from Universal Credit, facing winter fuel poverty, evictions & for over 2ml in work a tax rise, that “we have to balance the books”, just about epitomises the arrogant, elite, privileged entitlement of Tories.

Dear @RishiSunak – I’m a single mum to 2 kids, a hard working nurse and I’m on #UniversalCredit to make ends meet. Those ends won’t meet thanks to you removing the £20 a week uplift. How do you sleep at night?

Boris Johnson and Rishi Sunak want to implement the biggest overnight cut in the history of the welfare state.

2.5 million working families stand to lose over £1,000 a year if they cut the £20 uplift to Universal Credit.

They must cancel the cut.

So @BorisJohnson pushes ahead with the cut in universal credit.

Allows energy companies to hike up their prices.

Pushes through increases in NI contributions.

An absolute guarantee of more poverty in the UK.

REMEMBER THIS IS INTENTIONAL. THEY UNDERSTAND THE CONSEQUENCES.

Welcome to the UK where a young person struggling in a low paid job about to lose £20 a week Universal Credit or a nurse having to use a food bank will contribute to social care while a retired millionaire won’t have to. https://t.co/CldC8j71nB

The Conservative Party – led by an Oxford Bullingdon boy, its Chancellor the richest MP, its Cabinet 65% privately educated, & funded by the super-rich – plan to cut Universal Credit & push 500,000 working class people into poverty.

NEW: Ministers and officials are braced for ‘catastrophic’ end to Universal Credit uplift next month.

Government’s internal analysis suggests homelessness and poverty will rise and food bank use will soar. But insiders say no U-turn.https://t.co/Ryj9cp61fc via @financialtimes