The announcement came shortly after the minister had appeared on Sky News and told host Trevor Phillips a final decision had yet to be made. 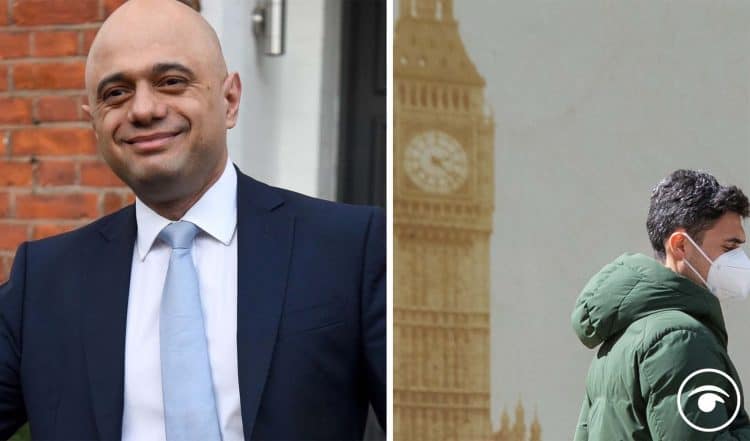 Sajid Javid has said the Government “will not be going ahead” with plans for vaccine passports in order to gain access to nightclubs and other crowded events.

Plans had been announced that members of the public would be required to show proof they have had two doses of a Covid-19 vaccine in order to gain entry to clubs and other large-scale events in England.

But in a U-turn on Sunday, following a backlash from Tory MPs, the Health Secretary said the idea had been scrapped.

He told the BBC’s The Andrew Marr Show: “I’ve never liked the idea of saying to people you must show your papers or something to do what is just an everyday activity, but we were right to properly look at it.

“We’ve looked at it properly and whilst we should keep it in reserve as a potential option, I’m pleased to say that we will not be going ahead with plans for vaccine passports.”

The announcement came shortly after the minister had appeared on Sky News and told host Trevor Phillips a final decision had yet to be made.

Asked about the policy, Mr Javid had said: “We have been looking at that. We’ve been open about that. Instinctively I don’t like the idea at all of people having to, let’s say, present papers to do basic things.

“With the vaccination rates rising – for example with 16 and 17-year-olds we only started just last month, now over 50% of 16 and 17-year-olds are already vaccinated – I think we need to take that into account and make a final decision, but I hope we can avoid it.”

He added: “I am not here today to rule that out. We haven’t made a final decision as a Government.”

Vaccine passports had caused growing disquiet among Tory ranks, as well as facing opposition from opposition parties and industry figures.

Vaccines minister Nadhim Zahawi faced a fierce backlash when he defended the policy in the Commons on Wednesday, with Tory MPs accusing the Government of picking an “unnecessary fight” with them.

He said: “It is not something… we do lightly, it is something to allow us to transition this virus from pandemic to endemic status.”

The decision means Covid measures in England again deviate from those in Scotland, where a motion on their introduction was passed in the Scottish Parliament on Thursday, while a decision is expected in Wales next week.

Stormont ministers have yet to reach an official position on using vaccine access passports within Northern Ireland.