Self-harm incidents behind bars reached a record 60,594 in the 12 months to June 2019, official figures show. 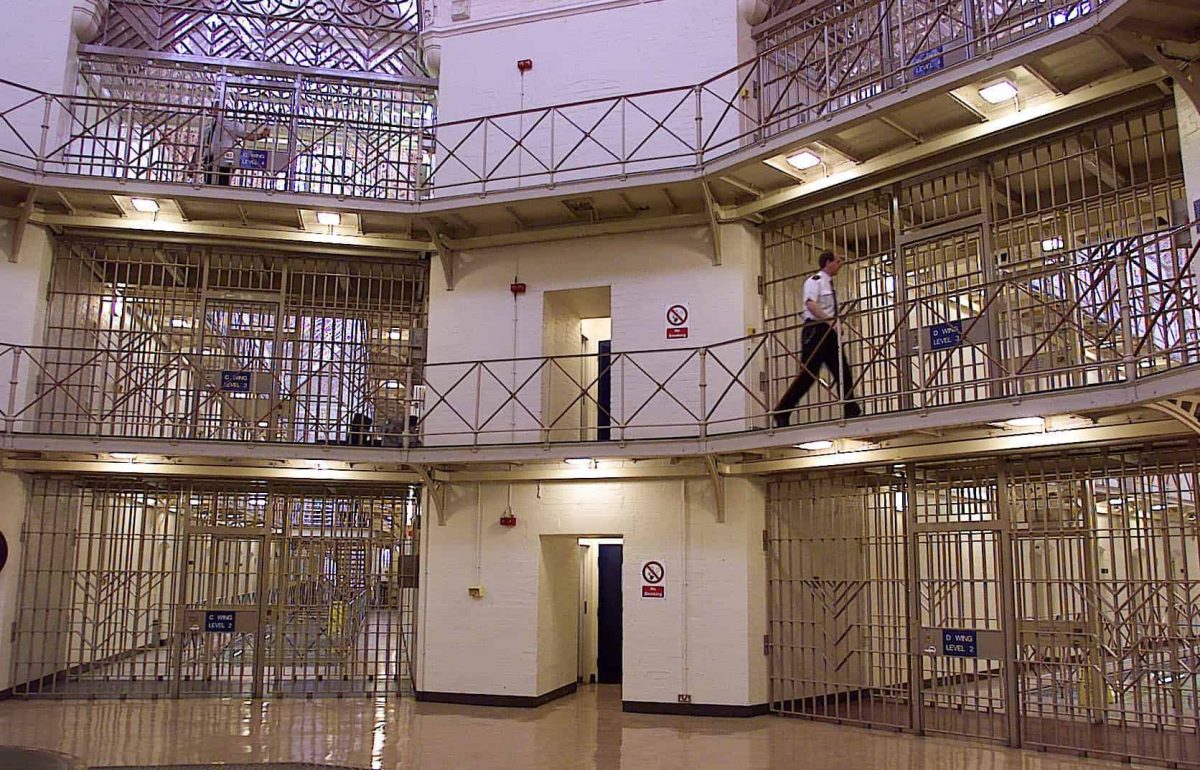 File photo dated 30/03/00 of a prison officer in the Rotunda area of HMP Manchester. The prison has been assessed by inspectors as having made slow and weak progress in many key areas where improvement was urged after a full inspection in 2018.

Attacks on prison staff rose 10% in a year, while self-harm incidents in jails have hit a record high, official figures show.

The number of assaults shot up 5% to 34,112 in the year ending in June, in comparison to the same period the year before.

The latest quarter showed numbers falling slightly by 1% when there were 8,360 incidents.

Attacks on staff have jumped up 10% from the previous 12 months, with 10,424 assaults recorded, with the number of assaults increasing by 3% to 2,617 in the latest quarter, according to the figures from the Ministry of Justice (MoJ).

Some 3,928 of the attacks were classes as “serious”, such as those which need medical treatment or result in fractures, burns, or extensive bruising.

This number remained at the same level as the previous year.

The MoJ report noted that there has been a change in how assaults on staff are recorded, which may have contributed to the increase.

In the last quarter, the number of incidents increased by 13% to a record high of 16,342 incidents.

The figures come as MPs sitting on the Commons Justice Committee published a scathing report in which it warned the prison system was in an “appalling state of crisis” and accused the Government of having no clear plan for “desperately needed change”.

Meanwhile research suggested calls to prison hotlines set up for relatives to report urgent fears about suicidal inmates and those at risk of self-harm were going unanswered.

There was an 83% rise in self-harm incidents compared to the previous year, from 539 to 985 among young offenders.

The figures were recorded shortly before the Government imposed a temporary ban on sending children to Feltham, a young offender institution in west London, after an inspection found an “extraordinary” decline in safety levels.

Peter Dawson, director of the Prison Reform Trust accused the Government of making “politically motivated announcements” which “can only make the situation even worse”, adding: “How can any government contemplate sending more people to prison on ever longer sentences when it is failing so completely to meet its duty of care to the individuals involved?

“These terrible figures show that the prison system is not in recovery.”

Of these, 90 of the deaths were thought to be self-inflicted.