The Oscar winner received a CBE for services to drama from the Princess Royal. 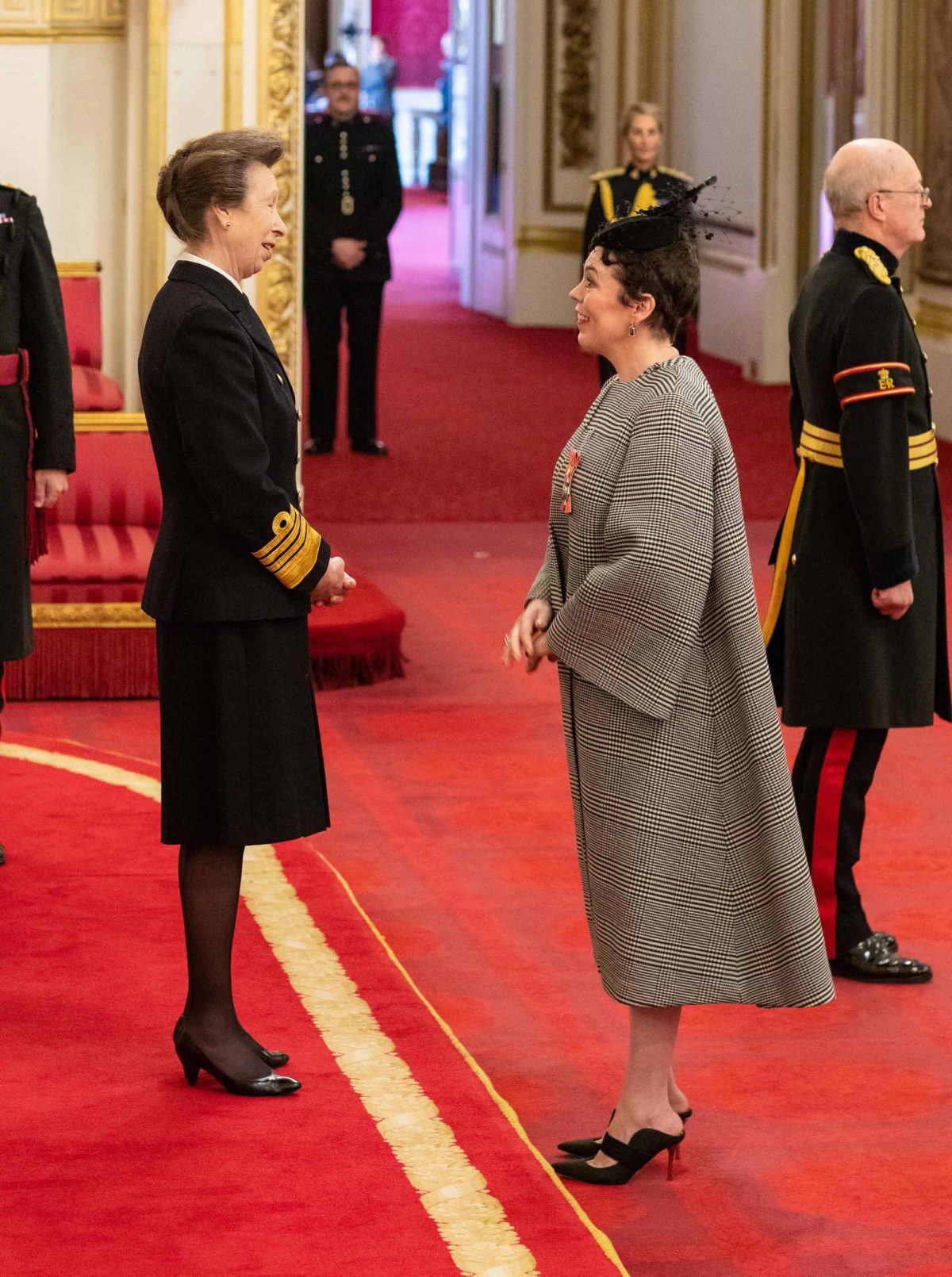 Olivia Colman has missed the chance to come face to face with the monarch she plays in hit Netflix drama, The Crown.

The Oscar-winner received her CBE at Buckingham Palace on Thursday, but instead of meeting the Queen she was given her award by the Princess Royal.

The 45-year-old, who was made a CBE for her services to drama, smiled and greeted palace staff as she left the ceremony, but declined to speak to reporters.

She received the honour under her real name Sarah Sinclair.

The Crown returns on November 17 and sees Colman replace Claire Foy as the royal drama moves into the turbulent new world of the 1960s and 70s.

In a recently-released trailer for the show she is preparing for her silver jubilee and considering the impact she has had during her reign, saying in voiceover: “On days like today, ask yourself in the time I’ve been on the throne what have I actually achieved?”

Last week the Queen was on investiture duty at Buckingham Palace presenting Canadian author Margaret Atwood with an Order of the Companions of Honour for services to literature.

The Queen, Prince of Wales, Duke of Cambridge and the Princess Royal all take turns to hand out the gongs.

Anne will feature as a character in The Crown for the first time in the forthcoming third series being played by British actress Erin Doherty.

She went on to have a successful career on the small screen with roles in Green Wing, That Mitchell And Webb Look and Twenty Twelve, and in British films including Hot Fuzz and Tyrannosaur.

Colman then won the best actress Oscar earlier in 2019 for her role as Queen Anne in The Favourite.

Her first brush with Hollywood success came when she played the role of Carol Thatcher in The Iron Lady, for which Meryl Streep won an Oscar for her portrayal of Margaret Thatcher.

Colman followed up the film’s success with a star role in the BBC drama The Night Manager, for which she won a Golden Globe and was nominated for an Emmy and, in Phoebe Waller-Bridge’s black comedy Fleabag, playing the title character’s loathsome artist stepmother.