The hotel previously came under fire for building meeting rooms for the summit without planning permission - causing fury among locals. 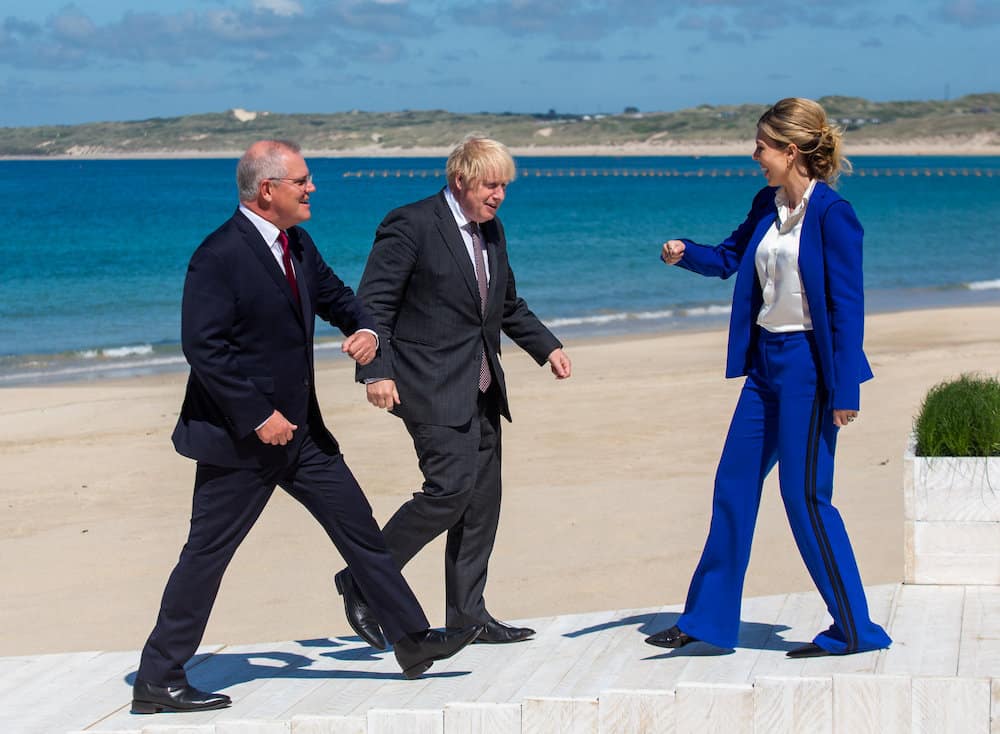 The hotel that hosted the G7 summit has sparked further fury after the Environment Agency confirmed it had no permission to build a bridge to allow world leaders to cross a beach river.

Owners of the Carbis Bay Hotel never asked to permission to build the structure on the 25-acre beach or for a flood risk permit to divert the river under it, the agency has confirmed.

The hotel previously came under fire for building meeting rooms for the summit without planning permission – causing fury among locals.

Photographs showed the Prime Minister leading his counterparts including Angela Merkel, Joe Biden and Emmanuel Macron across the temporary bridge on the beach in Cornwall.

Sandbags can also be seen in the riverbed underneath the structure.

Carbis Bay Hotel & Estate owns the 25-acre Blue Flag beach, though members of the public are allowed to use it.

And the EA confirmed the changes this was in breach of regulations.

A spokesperson said: “The Carbis Bay stream is designated as a ‘main river’ and as such the Environment Agency have powers to regulate works to this watercourse to ensure flood risk is not increased elsewhere.

“The construction of the temporary bridge on the beach and the associated culverting (piping) of the stream beneath it would have required our permission via a Flood Risk Activity Permit, prior to the works taking place.

“We can confirm that no Flood Risk Activity Permit application was received and therefore no permission from us was granted for these works.”

A spokesperson for the G7 Cabinet Office said: “I can confirm that the stream was temporarily diverted and has been returned to its normal course.

“It’s worth emphasising that this work only covers where the stream runs over the beach so obviously its ‘course’ is affected by daily tides regardless.”

Owners of the hotel have been contacted for comment.