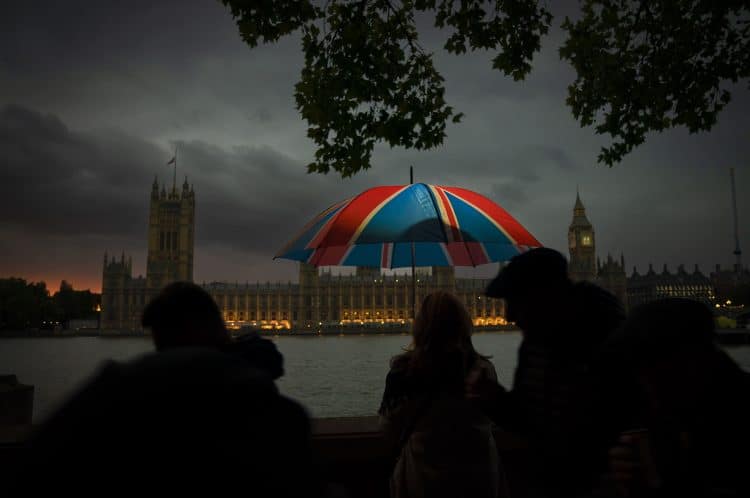 In the absence of This Morning being on air on last Friday, Holly Willoughby and Philip Schofield united to pay their respects using a separate entrance for journalists.

The news has been widely reported with a lot of anger aimed at the pair.

The supposed line jumping was worsened when David Beckham and Sussana Reid were seen queuing with the general public to see the Queen.

In response, in a statement released on Instagram, the daytime TV show wrote: “Hello everyone, we would like to clarify something. We asked Phillip and Holly to be part of a film for this Tuesday’s programme

“They did not jump the queue, have VIP access or file past the Queen lying in state – but instead were there in a professional capacity as part of the world’s media to report on the event.”

People are not happy about the supposed queue jumping though:

Dozens of mourners were prevented in the early hours of Monday from advancing any closer to Westminster Hall by police at the entrance to Victoria Tower Gardens next to Lambeth Bridge.

Mourners, some of whom were in tears, complained to police that they had been “lied to” earlier in the night about the chances of being able to get into Westminster Hall.

Albert, who joined the queue without a wristband at 10pm last night, was one of the mourners who was not allowed into Westminster.

He said the Government’s official live feed was not kept up-to-date with information that no further wristbands would be distributed.

He added: “There were loads of people who joined the official queue based on the website, but never received wristbands.”

“And in the queue they didn’t give us any information – just to be disrespectful to us when we got here (Lambeth Bridge) in the end.“