The Duke of Norfolk argued he would suffer “exceptional hardship” if he was disqualified, highlighting his work to prevent “the end of mankind”. 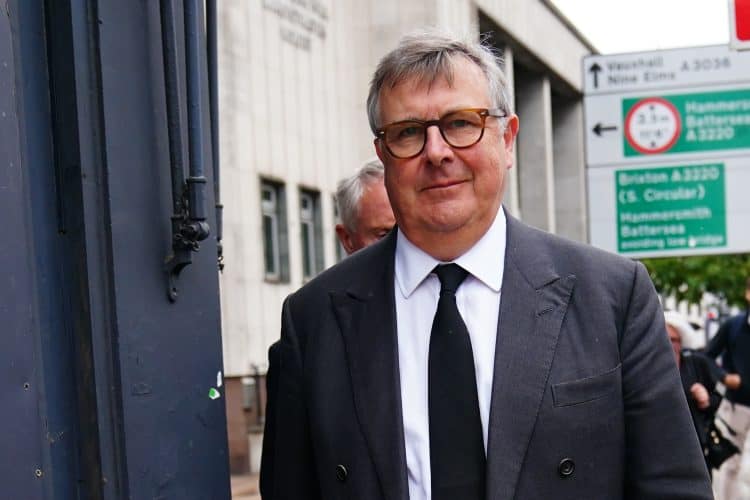 The peer who organised the Queen’s funeral has been banned from driving for six months despite claiming he needs his licence to arrange the King’s upcoming coronation.

The Earl Marshal, the Duke of Norfolk, 65, pleaded guilty at Lavender Hill Magistrates’ Court on Monday to using his mobile phone behind the wheel.

Edward Fitzalan-Howard, who is responsible for organising the State Opening of Parliament, was stopped by police on April 7 after driving his BMW through a red light in Battersea, south-west London, said prosecutor Jonathan Bryan.

Mr Bryan told magistrates said he told officers he had “not been aware of going through the red light but accepted this was because he was using his mobile phone” to communicate with his wife.

The court heard the duke had already totted up nine penalty points on his driving licence from two previous speeding offences in 2019, meaning a further six points would lead to a ban.

The highest-ranking duke in England argued he would suffer “exceptional hardship” if he was disqualified, highlighting his official duties along with his conservation work to prevent “nature’s complete collapse” and “the end of mankind”.

But a bench of magistrates, chaired by Judith Way endorsed his licence with six points and banned him from driving for six months.

“We accept that this a unique case because of the defendant’s role in society and in particular in relation to the King’s coronation,” said Ms Way.

“The hardship needs to be exceptional and although we find inconvenience may be caused, we don’t find it exceptional hardship.

“We consider alternative means of hardship are available.”