"I am very fearful for Britain on the path that it is travelling." 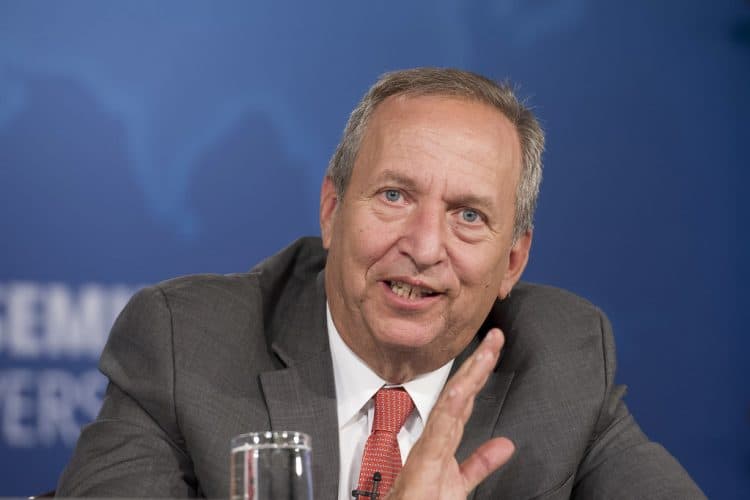 Speaking shortly after Kwasi Kwarteng announced a raft of new measures to kick-start the economy and help struggling Brits through the cost-of-living crisis, Summers said he wouldn’t be surprised if the dollar and pound reach parity soon.

The pound slumped to its lowest level against the dollar since decimalisation in 1971 after Kwarteng hinted at more tax cuts.

“It would not surprise me if the pound eventually gets below a dollar, if the current policy path is maintained,” Summers told Bloomberg Television’s David Westin.

“This is simply not a moment for the kind of naive, wishful-thinking, supply-side economics that is being pursued in Britain,” he said.

The move from the UK government sparked fears from economists and analysts about the country’s growing debt.

The bond market was spooked, with yields spiking as the government said its tax cuts and support for consumers hit by inflation will cost more than £60 billion over the next six months.

“It makes me very sorry to say, but I think the U.K. is behaving a bit like an emerging market turning itself into a submerging market,” Summers added.

“I hope that at some point this policy package will be reversed, or that somehow I am misjudging the situation. But I am very fearful for Britain on the path that it is travelling,” he said.