Six in 10 voters think Kwasi Kwarteng's budget was unfair - the worst rating of any fiscal event since 2010. 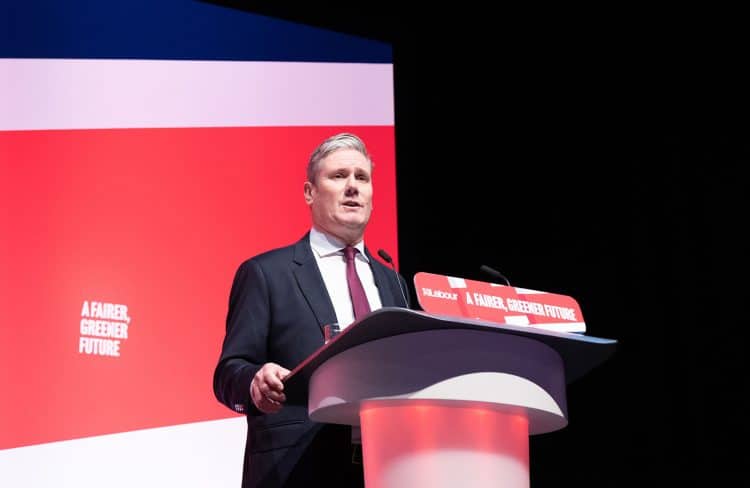 Sir Keir Starmer will quote Sir Tony Blair to dub Labour the “political wing of the British people”, as he accuses the Tories of having lost control of the economy and the centre ground.

The Labour leader will use his speech to the party conference in Liverpool on Tuesday to commit to getting the UK “out of this endless cycle of crisis” with a “fresh start”.

Sir Keir will outline an ambition to “turn the UK into a growth superpower” as he argues Labour is the party of financial responsibility after the pound plummeted in response to the Tories’ plans to borrow billions to pay for massive tax cuts.

He will argue Labour is now the party of “sound money” and recommit the party to an office for value for money to ensure taxpayers’ money is spent in the national interest.

Ahead of the speech, Starmer was given a boost after new polling showed Labour now has a 17-point lead over the Tories.

Kwasi Kwarteng’s decision to scrap the 45 per cent rate of tax for those earning more than £150,000 was opposed by 72 per cent of voters including 69 per cent of those who backed the Conservatives in 2019.

Just 9 per cent of voters thought that the measures outlined in the budget would make them better off, while only 15 per cent believed they would achieve the government’s aim of kickstarting economic growth.