The peace project is cracking at the seams - why is no one talking about it? 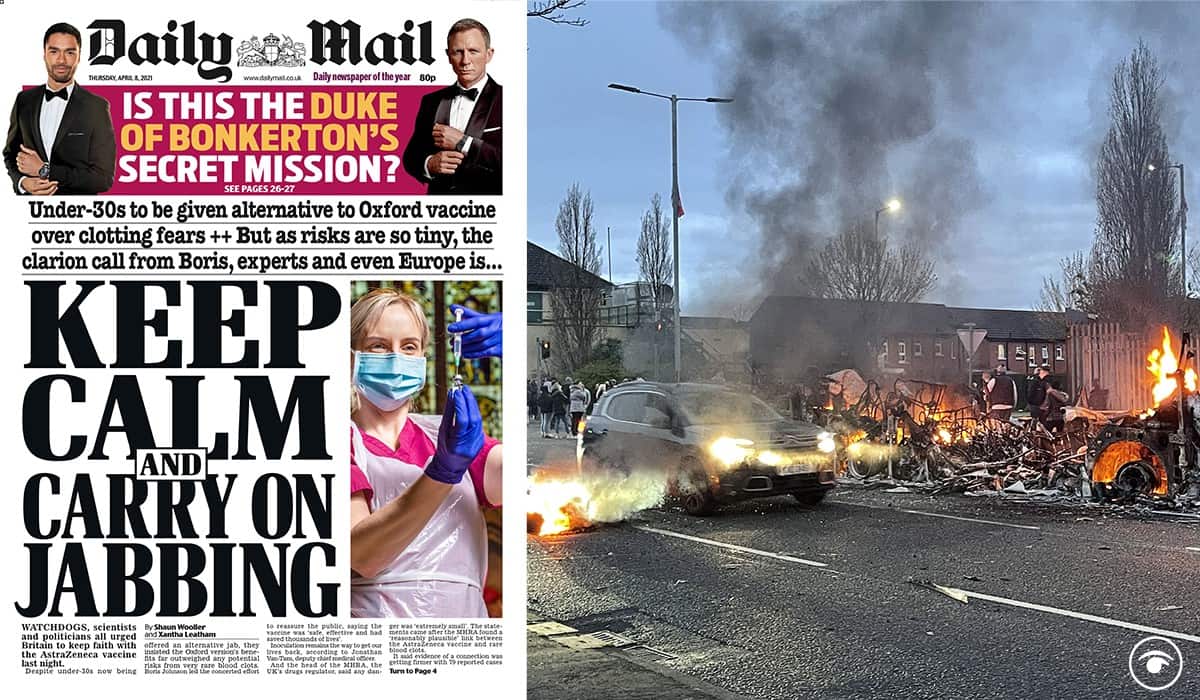 National newspapers have been praised for ‘shunning sensationalism’ after they ran balanced coverage on vaccine risks today.

Professor Jonathan Van-Tam led a press briefing yesterday to announce that younger people will be offered an alternative jab to the Oxford/AstraZeneca vaccine after a very small number of blood clots were found in those aged under 30.

Up to March 31, the MHRA has received 79 reports of blood clots accompanied by low blood platelet count, all in people who had their first dose of the vaccine.

Of these 79, a total of 19 people have died, although it has not been established what the cause was in every case.

The UK should be very proud of these front pages tomorrow: shunning sensationalism and putting the vanishingly small vaccine risks in the context of the huge benefits. pic.twitter.com/JEfkX3CHp1

Several nationals chose to lead with the jab news, with The Guardian splashing “jab confidence fears”.

But the Daily Mirror reports it is still “full speed ahead on jabs” as scientists say the vaccine roll-out is safe despite the new age limit on the AstraZeneca shot.

The Daily Express takes the same angle on its front page, as does the Daily Mail with a headline of “Keep calm and carry on jabbing”.

And The Sun runs with a headline of “0.000095%” – the chance of sustaining a blood clot from the AstraZeneca vaccine.

The Daily Telegraph carries assurances on the safety of the vaccine rollout from the Prime Minister and medical officials, while also reporting the family of a blood clot victim has urged people to keep faith with the UK-developed jab.

But there was surprisingly no mention of uprisings in Northern Ireland, which seem to have escaped media attention this week.

The Northern Ireland Executive is to meet on Thursday morning to be briefed on the ongoing unrest seen over the last week.

Leaders will meet for the briefing at 10am, an hour before the Stormont Assembly is to be recalled to discuss the recent scenes of violence in mainly loyalist areas.

News of the meeting was confirmed late on Wednesday night as trouble continued to rage on the streets of Belfast, with Executive members scheduled to debate a motion condemning the recent attacks on police.

A bus was hijacked and set on fire yesterday evening after being pelted with petrol bombs at the junction of Lanark Way and Shankill Road in west Belfast.

It was one of a number of incidents on Wednesday evening that took place on the peace line street that links the loyalist Shankill Road with the nationalist Springfield Road.