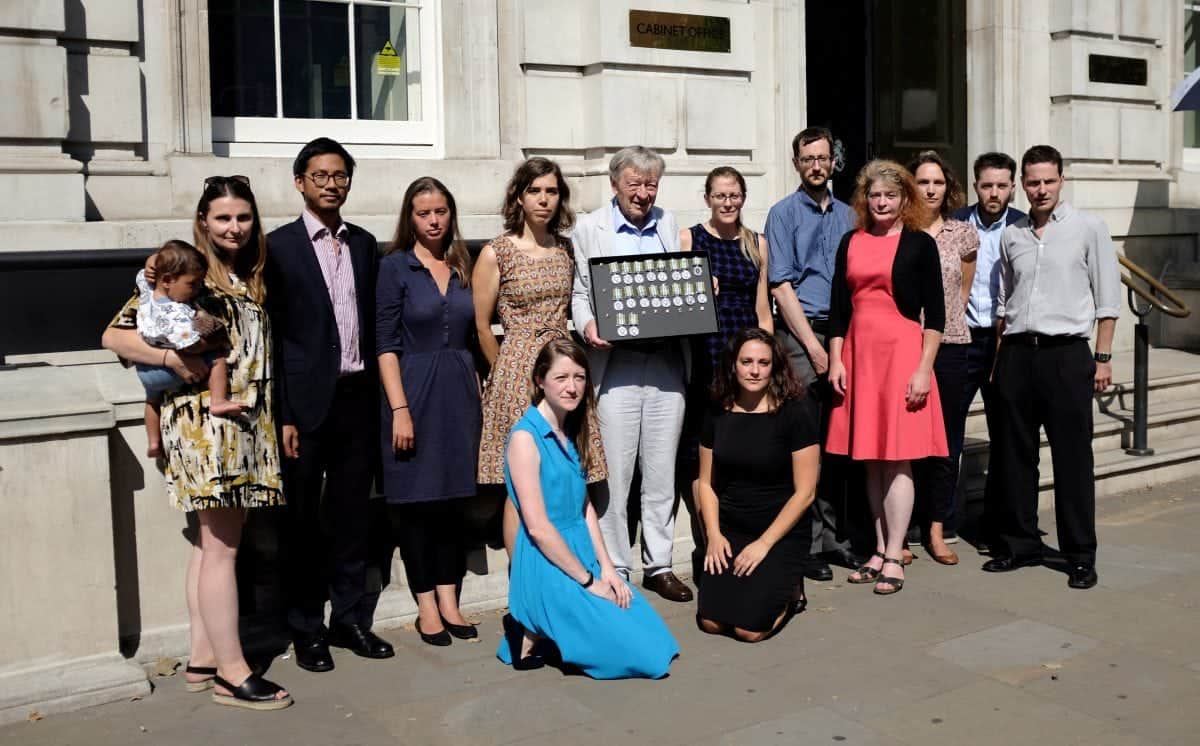 NHS medics awarded medals for their work during the Ebola crisis handed them back to protest the ‘hostile environment’ policies implemented by the Home Office.

Heroic doctors and medical staff who worked in West Africa during the crisis in 2014 – 2015 gathered in London to protest the policies which NHS workers are expected to carry out – saying they were not employed to ‘save lives, not police borders’.

The controversial policies including ID checks and charging up to 150 per cent the actual cost of treatment upfront, as well as denying care to those who cannot prove their immigration status.

The medals, handed out by former Prime Minister David Cameron in recognition of their bravery, were returned to the Government by medics demanding the policies were repealed. 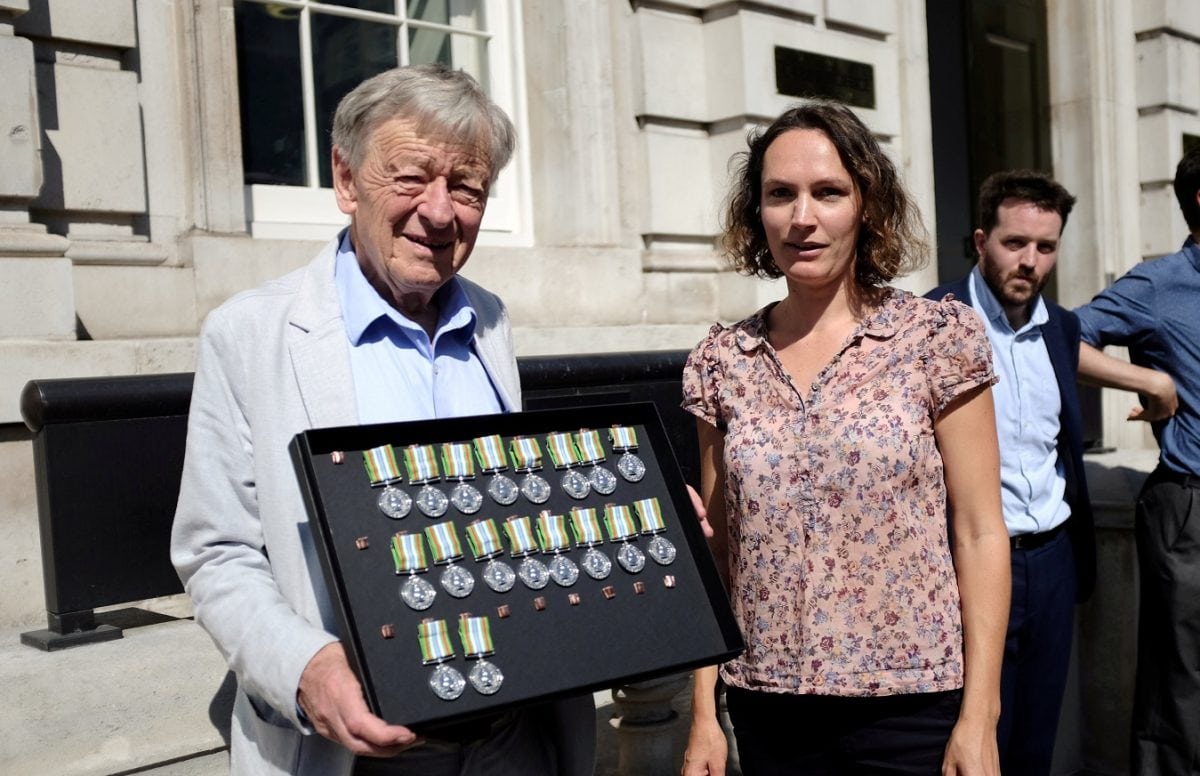 The NHS workers gathered outside the Cabinet Office along with Labour peer Alf Dubs, a vocal campaigner for the rights of immigrants, to return the 18 medals, while more are being sent back in the post.

Dr Neal Russell, an NHS paediatrician who spent time in Sierra Leone in 2015, said: “I myself know of cases of critically unwell pregnant women leaving hospital for fear of charging.

“I have seen others that were scared away from antenatal care whose babies have suffered needlessly as a result, with issues that will have life long impact.

“We were honoured for crossing borders to treat patients, now the government is creating borders between us and our patients at home.

“As a paediatric doctor, I was trained to save lives, not police borders.

“I cannot accept immigration rules dictating whether my patients live or die.”

He said it had been a “difficult decision” to part with the medal. 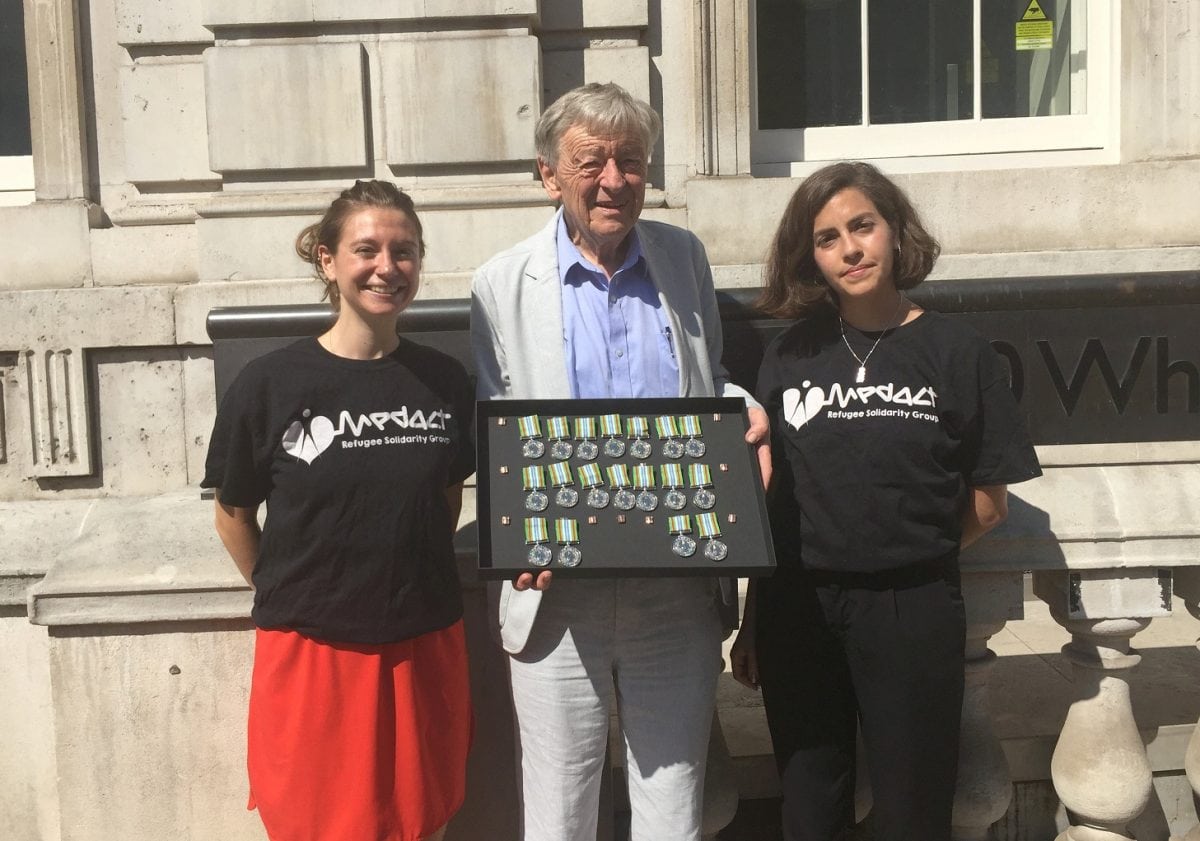 She said: “I was really honoured to receive a medal from the government for my voluntary work during the Ebola crisis.

“It’s been a really difficult decision to return it but I believe strongly that I should use my voice to stand up against the current NHS charging regulations that are deterring patients from accessing healthcare and causing unnecessary harm.

“These regulations are really complicated and many healthcare professionals are not fully aware of their intricacies.

“In reality, there are many examples where they have been wrongly applied and patients have care delayed or denied inappropriately, causing massive physical and emotional harm to patients.

“I also find that it completely undermines my role as a doctor and the trust in the doctor-patient relationship.”

And Dr Harriet Burn, a GP who also worked in the stricken country, said: “As a doctor it worries me that patients in need, including pregnant women and children, might be scared from accessing health care because of immigration policy detrimentally affecting the NHS.”

The medals were accepted by Lord Dubs, who said: “It is disturbing that the immigration checks in the NHS mean that many migrants, refugees and other vulnerable people are, in practice all too often being denied access to life saving medical care.

“I am supporting doctors and other medical professions who are asking for the repeal of these regulations, especially to remove charging for pregnant women, newborns and children.”